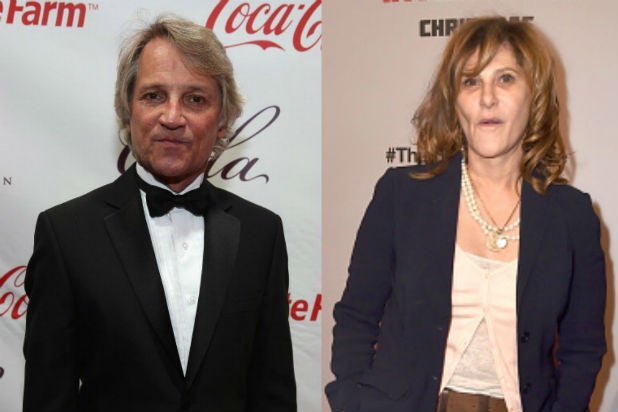 Updated Monday, April 20 6:15 p.m. PT: Clint Culpepper, the author of the hilarious list of lies and cliches spouted by Hollywood agents, contacted TheWrap to offer some context for the exchange. The email’s purpose was to brainstorm jokes for Amy Pascal, who was booked to speak at a Creative Artists Agency retreat in 2014 (CAA’s Chris Andrews sparked the conversation detailed below).

The list was a roast of sorts, according to Culpepper, that Pascal used to amuse participants including company principal Kevin Huvane (who is mentioned in the flurry of one-liners). Culpepper says Pascal killed at the appearance, and that he does not hate agents. We’ll let the list speak for itself.

Ever wonder what Hollywood studio executives think of talent agents? So did we. The contents of Wikileaks’ archive of hacked Sony emails continues to provide fodder for Hollywood, and one email thread is especially revealing – and hilarious – on the subject of agents.

In an April 2014 email to Sony’s former co-chairman Screen Gems president vents about a client of CAA agent Chris Andrews languishing over a script.

“Chris Andrews told me that an actor was still reading the script every week for 7 weeks. Finally I said, ‘What page is he on?'” Culpepper wrote.

The note prompted Pascal to ask, “What are the worst things an agent can say?… 1. How can I convince you/ change your mind  2. He won’t go in a pool  … What else.”

Culpepper fires back with a lively list of excuses he’s heard from representatives about difficult, unavailable or troublemaking talent clients, providing insight into the relationship between Hollywood agents and studio executives.

From denying obvious plastic surgery and feigning interest from rival studios to blaming a dropped phone call on bad reception “in the canyon,” Culpepper sent Pascal 28 of the most-used lines.  Here’s the complete and glorious list:

3. He’ll even read for it if necessary.

4. All those stories of what a nightmare he is have all taken place when he was using. He’s been sober again for over a month this time.

5. I thought that was just a reading offer.

9. We’ve left word for him on his cell and home phone.

10. She was born with those lips. Believe me. She would never tamper with her face. She’s an actress. It’s her instrument.

12. Every other studio in town is offering him everything.

14. Every director had a first film.

15. This is right in your wheel house.

16. I know I made the deal. But call his new agent. He’s not my problem anymore.

18. I’ve got Kevin Huvane for you. Fine. He insists on holding.

19. His English has gotten better than when you met him. When did you meet him again?

20. Trust me when I tell you that he was the talk of Sundance. Every other studio is offering him leads.

21. His manager is attached to produce.

22. He definitely wants to do it. And he loves it so much he wants to direct it. (Pause). Hello?

23. I’m in the canyon so if I lose you please understand. I’ll get back to you as soon as I get a signal.

24. He’s hired a trainer. And based on his metabulism (sic), his trainer says he can easily lose at least 50 lbs before you start [physical production].

25. I hate making this phone call. Trust me. She didn’t realize she was pregnant when we made the deal. Her doctor is insisting that she could lose the baby if she does the film.

26. Hope your ears were burning. You were the subject of our staff meeting this morning.

27. His girlfriend produces all his films. OK. He’s only done one film. But it’s still a deal breaker. Hello?

28. And we found a bond company that will still bond him.