The Oscars are always packed with surprises. But what do we know about what’s going to happen on the stage of the Dolby Theatre during the 88th Academy Awards on Sunday night? Not much.

And that’s by design. Show producers David Hill and Reginald Hudlin have kept a tighter lid on this year’s Oscar rehearsals than any other recent producers, and in the midst of the #OscarsSoWhite furor both they and host Chris Rock have stopped talking to the press.

The Academy has announced more than 40 presenters and performers, but just in long lists with no hints about what they’ll be doing. And they’ve closed almost all rehearsals even to the small number of press who were typically granted access in past years in the days leading up to the show.

All of which means that figuring out what will happen on the stage of the Dolby on Sunday night requires a lot of detective work, and a bit of guessing.

So we did that, and here’s what we know and can speculate about:

1. Host Chris Rock will talk about race. A lot.

2. And throughout the entire show.

3. He may also mock Jada Pinkett Smith for her proposed Oscar boycott; at one of a few short, unannounced comedy-club gigs he did this week in preparation for Sunday night, he did just that.

4. Other possible topics for his jokes, according to those who were in the audience at Rock’s brief club appearances, are the versatility of actor Paul Giamatti – who, he said, hated black people in “12 Years a Slave” but loved them in “Straight Outta Compton” – and the recent meeting between Mexican drug lord El Chapo and Sean Penn, the actor who was famously unamused by Rock’s comments about Jude Law when Rock first hosted the Oscar show 11 years ago. 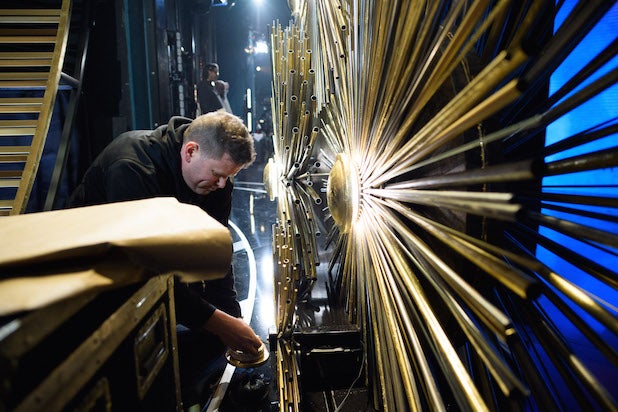 5. The set will include sunbursts of gold tubing.

6. And at times a tunnel effect, with a series of regressing gold arches.

7. Producers Hill and Hudlin may have taken a cue from 2009 Oscar producers Bill Condon and Laurence Mark, who organized the show to follow the way a movie is put together, from script to finished product.

8. The formats of some awards presentations will supply more information about the categories being presented than the Oscar show usually does.

9. There will be a crawl at the bottom of the screen during winners’ acceptance speeches, listing names that were supplied by the nominees prior to the show.

10. The scroll will probably not lead to appreciably shorter speeches, though it may mean one or two people won’t just read lists of thank-yous. 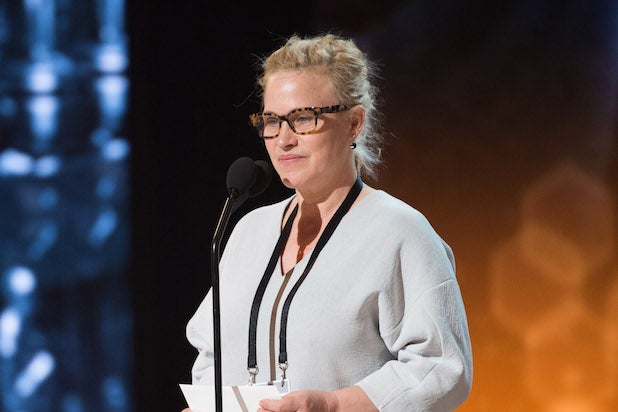 Also Read: 13 Oscar Records That Could Be Broken Sunday Night

14. And there will be appearance by these people, best known not for any film roles but for their work on TV programs that not coincidentally air on ABC, the network broadcasting the Oscars: Priyanka Chopra, Sofia Vergara and Kerry Washington. 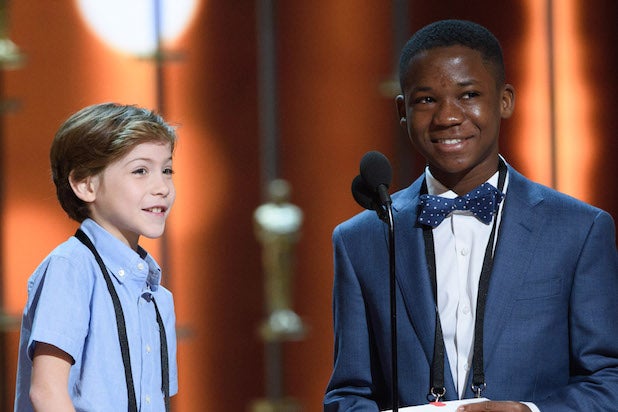 15. “Beasts of No Nation” star Abraham Attah, 15, will present an award with “Room” star Jacob Tremblay, 9.

16. Would it be too obvious to think they might be handing out at least one of the shorts categories?

19. Also David Bowie. And maybe Harper Lee, considering the success of the movie made from her book “To Kill a Mockingbird.”

21. Lady Gaga will perform “Til It Happens to You,” from the documentary “The Hunting Ground.”

23. She will have a large number of special guests on stage with her.

24. Sam Smith will perform “Writing’s on the Wall,” from “Spectre.”

25. The Weeknd will perform “Earned It,” from “Fifty Shades of Grey.”

27. Dave Grohl will also perform, although he isn’t nominated.

28. He’ll be featured in a regular slot on the show that often uses a guest performer.

29. And the show will not be over at 8:30 p.m. PT time, despite everything that everybody does to make it run on time.

Seventeen years ago, Streiber became the first photographer granted full access to the Academy’s show and rehearsals. These images are from ”Oscar Revealed,“ an exhibition that ran in 2016 at Smashbox Studios in Culver City