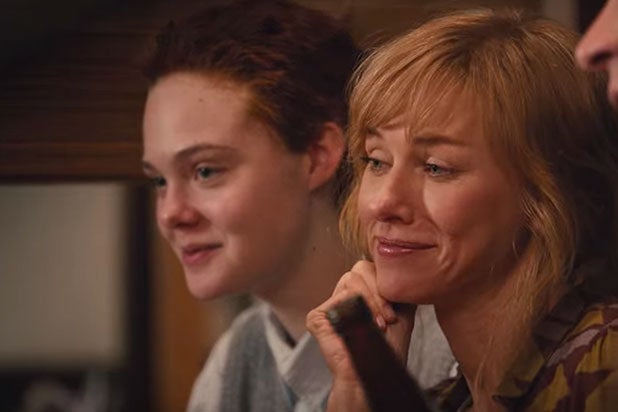 “Guardians of the Galaxy Vol. 2” has proven to be a box office vacuum this weekend, grabbing the attention and dollars of a large majority of moviegoers and accounting for 85 percent of total revenue on Friday. Still, several new releases were sent out to fight for the scraps left behind, as The Orchard released their Berlinale purchase “The Dinner” and The Weinstein Company released a Toronto title from 2015, “3 Generations.”

“3 Generations” made $20,000 from a limited release of just six screens, giving it a per screen average of $3,333. “3 Generations” stars Elle Fanning as Ray, a teenager who comes out to her family as transgender and begins her transition to life as a man. Naomi Watts and Tate Donovan play Ray’s estranged parents while Susan Sarandon plays Ray’s lesbian grandmother, all of whom the film follows as they react to Ray’s transition. Directed by Gaby Dellal, the film has a 36 percent Rotten Tomatoes rating.

Also getting a single-digit screen release this weekend is A24’s “The Lovers,” which stars Tracy Letts and Debra Winger as a married couple on the brink of divorce who slowly begin to repair their relationship after they realize they prefer each other to the insanity of their extramarital lovers (Aidan Gillen and Melora Walters). The film has an 88 percent rating on Rotten Tomatoes and made $70,410 from four theaters.

“The Dinner,” which stars Richard Gere and Laura Linney in a thriller based on the Dutch novel of the same name by Herman Koch, only made $755,348 from 505 screens for a PSA of just under $1,500, though it should be noted this is the widest release to date for The Orchard. Directed by Oren Moverman, the film received mixed reviews, earning a 52 percent RT rating.

Also performing below expectations was Neon’s “Risk,” a documentary by Laura Poitras, the Oscar-winning filmmaker behind “Citizenfour.” The documentary offers unprecedented access into the life of Julian Assange and how he operates the classified document-leaking website WikiLeaks. The film received an 83 percent rating from Rotten Tomatoes, but only made $75,179 from 35 theaters for a  PSA of $2,211.

Among holdovers, “Baahubali 2: The Conclusion” took in second-frame total of $3.2 million from 425 screens; a PSA of $7,529 and a domestic cume of $16.2 million. Though that’s a 70 percent drop from its surprising $10.4 million opening, it is still a strong total considering that the film lost all of its IMAX screenings to “Guardians” this weekend.