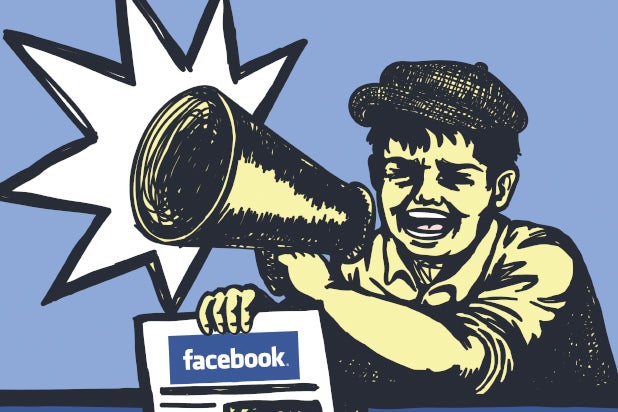 As Facebook heads into its Q2 earnings with more than 2 billion users and a staggering amount of ad dollars, Wall Street will have its eye on what’s coming next for the social media kingpin. How can it continue to leverage its massive audience to generate new revenue streams?

Facebook is preparing to launch its much-anticipated lineup of original content later this summer, and there are also signs that its on the verge of becoming an even bigger media platform. Campbell Brown, Head of News Partnerships at Facebook, confirmed last week it’s developing a subscription service for publishers willing to post articles directly to Facebook Instant Articles, rather than their native websites.

At the same time, CEO Mark Zuckerberg has been weighing the impact that fake news — and its proliferation on Facebook — had on the 2016 presidential election. It’s one reason he’s been touring the country, talking to communities in “real America.”

Also Read: Newspapers Vs Google and Facebook: Will Congress Help?

“Accuracy of information is very important,” Zuckerberg said in a February blog post.  “We know there is misinformation and even outright hoax content on Facebook, and we take this very seriously.”

The next evolution in Facebook taking accurate information “very seriously” would be to jump headlong into the news business altogether. More than 40 percent of Americans already get their news from their Facebook feed, so the market is ripe. And from a business perspective, Facebook only trails Google in digital ad domination; monetizing its new content wouldn’t be an issue.

If Zuckerberg decides to go this route, there are three viable paths for Facebook to achieve it.

1) Start its own news network
The built-in advantages are there: A firehose capable of blasting articles and videos to billions of users, along with a mountain of data to direct content to the right eyeballs. Facebook News Network would be able to start “fresh,” without any entrenched biases.

But this would also work against it. Facebook would need to build credibility — even if it poached some of the top names in the industry. And to construct a newsroom with a fleet of writers and on-camera talent would cost a pretty penny. This probably isn’t the most efficient or economical way to do it.

2) Buy a major publication
Or more than one. The New York Times has a market cap of nearly $3 billion, but Facebook could easily bring it into the fold. Pry the Wall Street Journal away from News Corp, or look to narrowly-focused but established brands like Politico. Grab BuzzFeed — and specifically, BuzzFeed News — before its IPO next year.

There’s already a precedent for Zuckerberg, with Amazon CEO Jeff Bezos pouring $250 million into the Washington Post in 2013.

“We need institutions that have the resources and the training and the skill, expertise, to find things,” Bezos told Forbes about the decision last year. “It’s pretty important who we elect as president, all those things, and we need to examine those people, try to understand them better.”

Zuckerberg thinks the same way, and can afford to go for the big names. A stable of well-known organizations under the Facebook banner would eventually allow it to ease away from sharing revenue with competitors. Keep an eye on this option moving forward.

3) Buy a grip of small newspapers
This might not be the splashiest move, but could be just as effective — and much cheaper. Facebook has already pointed to the importance of local media earlier this year.

“Local news is the starting place for great journalism — it brings communities together around issues that are closest to home,” said Director of Product Fidji Simo in a blog post announcing, “The Facebook Journalism Project.”

“We’re interested in exploring what we can build together with our partners to support local news and promote independent media.”

Well, here’s a chance for Facebook to put its money where its mouth is.

Local newspapers are dying in part because the internet has removed barriers to access — and Facebook has exacerbated this. The social network could buy up several smaller outlets at bargain rates, and geo-target its articles based on user location. This wouldn’t be as sexy as swooping up the New York Times, but it would galvanize local media and drag many outlets into the 21st Century.