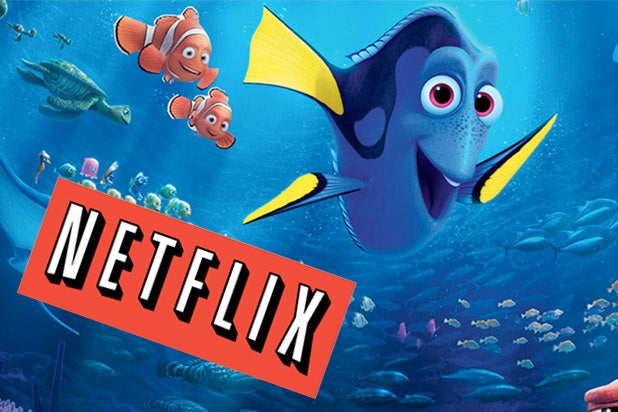 Recently, there has been speculation on Wall Street that Disney will buy Netflix. Many media analysts don’t believe that Disney should do the deal.

Disney’s dependence on theatrical distribution is an increasingly insufficient model to build lasting emotional connections with children, Disney’s most important customers. Disney films establish a powerful emotional bond with children in a movie theater. But then, after the credits roll, right when the bond is at its height, the movie disappears for months. The vanishing act allows Disney to wring maximum profit from the film through windowing.

But children don’t care about movie studio economics. What children want is access to the characters that they love, all of the time. They want to watch and re-watch scenes. They want to listen to a song on repeat. Access to these characters and stories can provide hope, comfort, and inspiration. These emotions should be Disney’s most valuable currency.

In the past, Disney could get away with denying kids access to its films in order to serve its business interests because there were few easy-to-use products that put children safely in charge of their entertainment experiences. But that is no longer the case. During that antiquated window in which Disney films vanish, Netflix can provide children with unfettered, on-demand access to new characters that will capture their imagination and affection.

Netflix has more data on the consumption of Disney content than Disney does. This data set will grow exponentially as Netflix expands. At this point, there is no way for Disney to replicate this data without buying Netflix. Any Wall Street analyst who argues that Disney could recreate this data by starting its own streaming service fails to appreciate the attendant complexity of operating a global streaming service at scale. Execution must be flawless every minute of every day. Disney does not have these capabilities and it will not develop them internally as a public company.

A large and rich data set on global entertainment consumption will be an increasingly valuable strategic asset. The owner of this data will be able to build production budgets more efficiently, reduce variable marketing expenses, create better consumer experiences through personalization, and innovate with new forms of content. Disney will be structurally disadvantaged if it does not position itself to acquire and synthesize this data.

Also Read: Starz CEO Doesn't Believe Netflix Will Be the Happiest Place on Earth for Disney

3. Shutting down an animated competitor

Disney should assume that within five years, Netflix is going to enter the original animated feature film business. High-quality animated feature films are a valuable form of global IP. The films play everywhere in the world, the franchises endure for decades, and the ancillary businesses are lucrative.

For Netflix, the economics will be even better because Netflix won’t need to to monetize these films solely at the box office. As windows collapse, films will be available to consumers on all screens, day-and-date. Families will be able to take their kids to a Netflix animated feature at the theater. If the kids love the film and want more, they can watch it again the next night, included with their Netflix subscription.

This flexibility means that Netflix can cause headaches for studios that depend on securing prized opening weekends. Disney does not want to be in a position where it needs a big opening weekend to launch a new global animated IP against a new Netflix animated feature that is opening the same weekend, but does not need to do big box office in order to support the film’s economics. The surest way for Disney to prevent that future conflict is to buy Netflix before the strategy is set in motion.

From Mickey Mouse to ”Paperman,“ ”Tin Toy“ to ”Piper,“ Disney and Pixar have created animated gems with their recent shorts

Both Disney and Pixar have left a mark on animation that no other studios can match, and for both, their origins can be traced to animated shorts. Pixar has accompanied all of its feature films since its second feature film ("A Bug's Life") with opening shorts, and Disney has recently followed suit with shorts that range from groundbreaking experiments to revitalization of their most classic characters.
View In Gallery
BIO Ben Weiss
Ben Weiss is the founder and chief investment officer of 8th & Jackson, a New York-based investment fund. The fund focuses on media and telecom. Mr. Weiss resides in New York City.