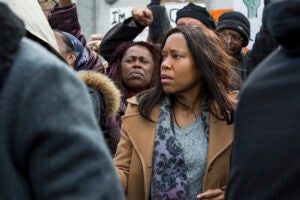 When “Parasite” debuted in Cannes in May, received rave reviews and won the festival’s Palme d’Or, it didn’t seem crazy to think that Bong Joon Ho’s black comedy about class differences could make a splash at the Oscars.

But back then, “making a splash at the Oscars” meant becoming South Korea’s first-ever nominee in the Best International Feature Film category (formerly Best Foreign Language Film), and maybe, just maybe, slipping into the Best Picture race as a dark horse, the way 2012 Palme winner “Amour” did.

How small and silly those dreams now seem.

“Parasite” has only picked up steam through the summer and fall, going from a longshot to a lock — and now, eight days before Oscar voting begins and two-and-a-half weeks before the 92nd Academy Awards, it has a real chance to win Oscars for Best Director and Best Picture, along with its guaranteed win in the international category.

Here are three reasons why “Parasite” could win, and one reason why it couldn’t.

REASONS WHY “PARASITE” CAN WIN:

1. Because actors love it as long as they don’t need to know the difference between Song Kang Ho and Park So Dam.
To win the top Oscar, you need the support of the Academy’s Actors Branch, which at 1,324 members is by far the largest AMPAS branch. And maybe you could worry about whether the branch loves the film if you simply look at the fact that it didn’t receive a single acting nomination from the Academy, or a single individual acting nomination from the Screen Actors Guild.

But were the lack of acting nominations really because actors haven’t warmed to the movie? Nope. I would suggest it’s because most voters have only seen “Parasite” recently and have no experience with the cast. They simply don’t know that it’s Song Kang Ho playing the poor family’s battered patriarch with enormous dignity and subtlety, or that Park So Dam is perfection as the scheming daughter, or that Cho Yeo Jeong is brilliantly gullible as the rich mother.

Should they have figured that out? Of course they should have. But hey, it’s a short awards season and Academy screeners can’t come with pictures of the cast.

And here’s the key: In the category where SAG voters didn’t need to know individual names, the ensemble category, “Parasite” not only received a nomination, it won after its actors received a standing ovation for simply walking on stage to introduce a film clip.

If actors don’t need to get those Korean names straight, they love “Parasite,” which is full of remarkable acting. Granted, there’s a big difference between the 1,200 members of the branch and the 100,000-plus voters in SAG, but it’s foolish to think that the film won’t have enthusiastic support from the actors in the Academy. 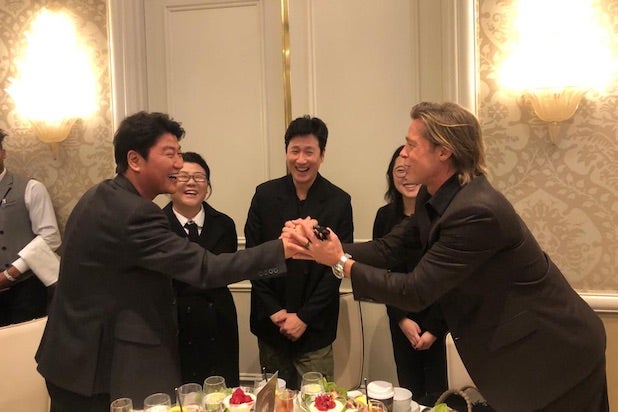 2. Because it’s the ideal consensus candidate.
The day after “Once Upon a Time … in Hollywood” won the Critics’ Choice Award and the day it landed 10 Oscar nominations, a story appeared online attempting to link Quentin Tarantino and Brad Pitt to Harvey Weinstein. The day after “1917” won the Producers Guild Award, a trade publication posted a column entitled “Why ‘1917’ Is the Last Film That Should Be Winning the Oscar.”

“Parasite” is a movie in search of a takedown campaign — and while the “‘Parasite’ isn’t all that good” take may arrive sooner or later to confirm that it’s a true contender, a negative whisper campaign isn’t likely to get much traction. It’s a movie that almost everybody likes, that almost nobody is sorry to see succeed. And far more than divisive movies like “Joker” or “Jojo Rabbit,” it’s a movie that may well end up ranked in the Top 5 even on ballots where it’s not No. 1.

The ranked-choice voting system used by the Academy in the Best Picture category is designed to ferret out a true consensus choice. And “Parasite” could be that choice. 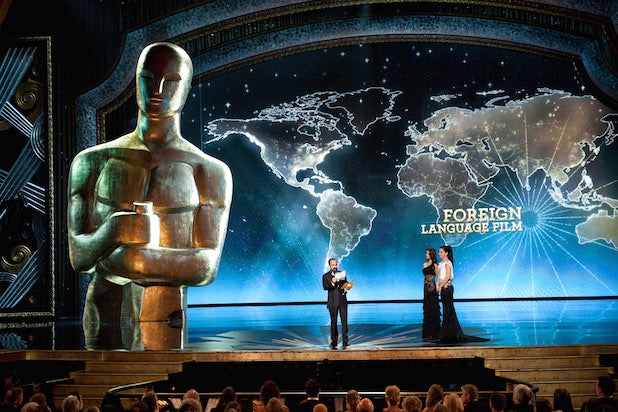 3. Because the Academy is getting more and more international each year.
Last June, 842 people were invited to join the Academy. Of those, around 300 were from outside the United States, including film professionals from 59 different countries. AMPAS is growing at a remarkable rate, with more than 25% of its 8,469 voting members joining in the last four years — and along with a drive to bring in more women and people of color, the membership drive has focused on reaching outside the United States.

These are voters who can say, as Best Director winner Alfonso Cuarón did last year, “I grew up watching foreign language films” like “Citizen Kane,” “Jaws” and “The Godfather.” And these are voters who now have a real chance to champion international cinema in an unprecedented way. 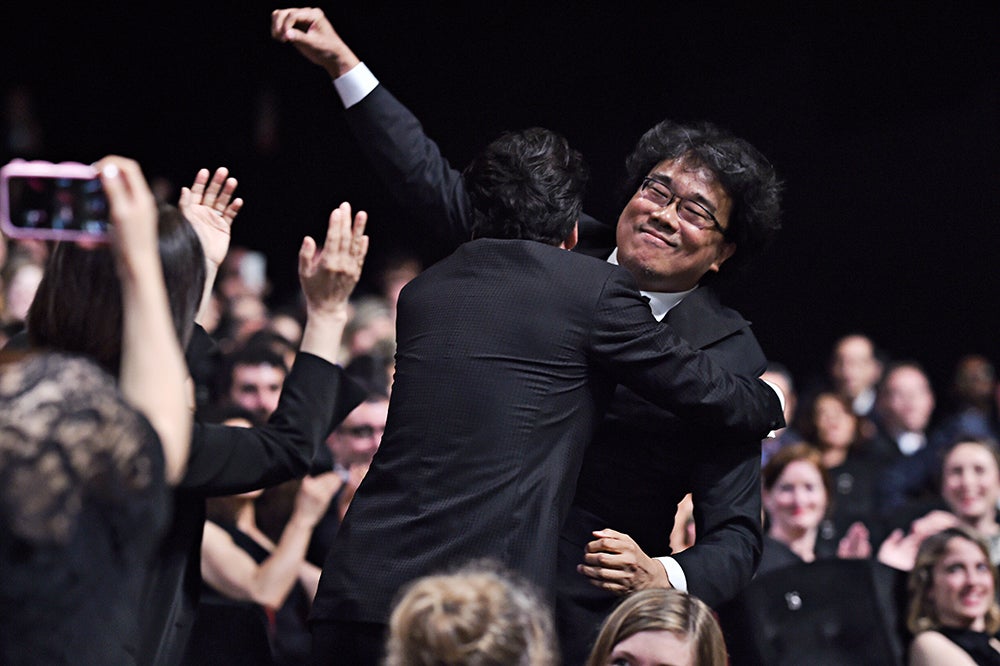 1. Because it’s a guaranteed winner in what is essentially another “Best Picture” category.
The biggest reason a film not in English will have trouble winning Best Picture isn’t that the Academy is averse to non-English films — it’s that they already have a place to reward those films.

In the same way that the existence of the Best Animated Feature category and the Best Documentary Feature category help explain why those films rarely (in the case of animation) and never (in the case of docs) show up in the Best Picture race, Best International Feature Film is an irresistible escape hatch for many voters. They might love “Parasite” — maybe even enough to vote for Bong for Best Director — but they can express that love in the international category and have a vote left over for Best Picture.

Last year, that thinking no doubt hurt Cuarón’s “Roma,” the non-English film with the best chance to win that award. And this year, it will unquestionably hurt “Parasite” — quite possibly enough to keep it off the stage at the end of the night.

(Maybe “Parasite” should launch a new ad campaign aimed at Oscar voters: “You know we’re the real Best Picture, so vote for something else in the international category!”)

I don’t know if the three reasons “Parasite” can win will outweigh the one reason it can’t. But I know that in a crazy year, it has a real chance.

How IMDb TV Plans to Be Your Parents’ Favorite Streaming Service