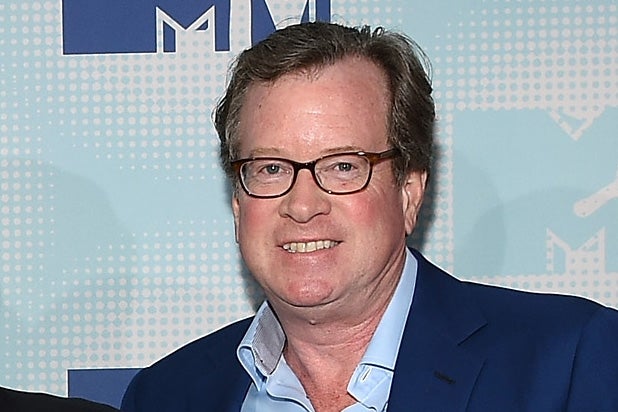 Now that the drama atop Viacom appears to be settled, interim CEO Thomas Dooley can turn his attention to the embattled media conglomerate’s other problems, like sagging cable ratings and a disappointing movie studio.

As part of a settlement reached late Thursday, CEO Philippe Dauman, once a protege of company founder Sumner Redstone, will exit the company next month, armed with a $72 million golden parachute. Former COO Dooley will assume the top job until at least Sept. 30.

The exodus of talent — and viewers — from Comedy Central is no laughing matter. Once hallowed breeding ground for megawatt stars like Jon Stewart and John Oliver, the cable network is losing its younger audience to other options, and advertising dollars are following suit. Trevor Noah, Stewart’s replacement on Comedy Central’s signature program, “The Daily Show,” has not delivered ratings, and “The Nightly Show,” which followed Noah, was canceled this week.

MTV has also seen its ratings take a nosedive, as plenty of its newer concepts have failed to hit and it continues to rely on old stalwarts like “The Challenge” and soon-to-expire “Teen Wolf” to drive ratings. This year, the network has brought back classics like “Unplugged” and “Cribs,” but nostalgic revivals can only go so far. MTV also needs some new programming.

Viacom appeared to make a strategic mistake when it spent seven years and likely tens of millions of dollars suing YouTube for $1 billion over unauthorized clips from some of its popular shows that were uploaded on the service. While Viacom took a pound of flesh from YouTube parent Google in terms of legal bills of its own, the case was settled in 2014 with no money changing hands.

Not only did the proceedings cost lots of money, but Viacom also failed to foresee how integral the Internet would be in raising awareness and building fan bases with younger audiences that are in front of their cellphones much more than they are their TVs. MTV, and to a lesser extent, Comedy Central, used to be synonymous with youth culture. Not anymore.

Dauman championed a plan to sell 49 percent of Paramount Pictures to an outside investor, with China’s Dalian Wanda Group widely presumed to be the leading contender. The move was strongly opposed by Redstone, who paid $10 billion for the studio in 1994 and has long considered it his “baby” and the crown jewel in the Viacom empire.

Wanda, which shelled out a hearty $3.5 billion for Thomas Tull‘s Legendary Entertainment in January, was prepared to pay $4 billion for half of Paramount. Earlier in the year, analysts at RBC Capital Markets valued the studio at $3.32 billion.

But with Redstone winning the power struggle, it appears that the sale of any part of Paramount is off the table for now. However, the studio — which placed last out of the six major studios last year with 5.9 percent market share, and is in fifth place this year with 7.1 percent — needs to get out of its slump. Disney’s record year at the box office has softened the blow from subscriber losses at its cable networks, but struggling Comedy Central and Nickelodeon provide no such cushion for Viacom.

Paramount’s big-budget would-be blockbuster “Ben-Hur” is already tracking as an enormous flop. Viacom’s TV properties have their own secular challenges, but there have been plenty of hugely profitable films this year. Paramount needs to make more of them.

While Dauman has spent a good part of his tenure buying back Viacom stock, competitors like Disney have made proactive acquisitions, such as scooping up Marvel and Lucasfilm. Viacom spent $9.7 billion on buybacks between October 2012 and March 2015, which is more than Disney shelled out for Marvel and Lucasfilm combined.

And while those two purchases have given Disney bankable franchises like “Star Wars” and the Marvel Cinematic Universe — responsible for billion-dollar movies such as “The Force Awakens” and “Captain America: Civil War” — Viacom’s buybacks haven’t even given its stock a sustainable boost, let alone valuable intellectual property for its movie studio. The buybacks were at an average price of $73.58 a share. Viacom’s stock currently trades at about $43 per share.

Viacom’s flagging share price is a definite handicap in making a stock-based acquisition, but it can no longer afford to stand idly while competitors snap up assets. The company built its TV empire with a string of acquisitions in the ’80s, ’90s and early ’00s, including MTV and BET, but it hasn’t made many substantial purchases in recent years other than acquiring the U.K.’s Channel 5 in 2014.

Redstone rocketed to prominence with a purchase of his own: Paramount. Viacom might want to follow suit, not just to bolster its IP, but to make some better headlines than it has in recent months.