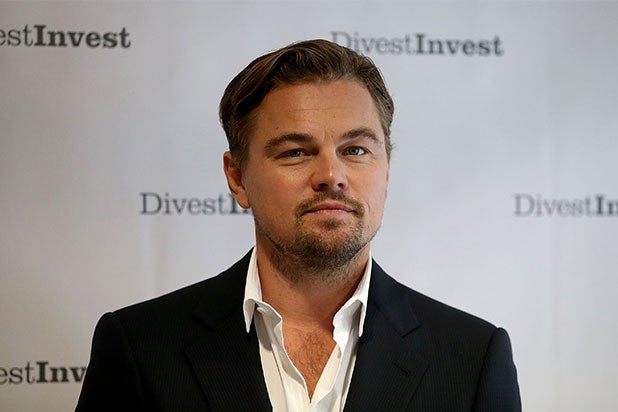 By now, everyone knows that Leonardo DiCaprio filmed “The Revenant” in less-than-ideal conditions, including sub-zero temperatures. The man suffers for his art. However, did you know he has also cheated death not once, not twice, but several times?

In a new interview with Wired, DiCaprio said he was attacked by a great white shark while diving in South Africa. He also survived two terrifying aerial ordeals — one while skydiving when his parachute didn’t open as planned, and another when his plane lost an engine and was forced to make an emergency landing.

DiCaprio told Wired he loves “being immersed in nature and wild places” and that his friends named him “the person they least want to do extreme adventures with, because I always seem to be very close to being part of a disaster. If a cat has nine lives, I think I’ve used a few,” joked the Oscar-nominated actor.

Also Read: The Evolution of Leonardo DiCaprio: From 'Growing Pains' to 'The Revenant' (Photos)

“A great white jumped into my cage when I was diving in South Africa. Half its body was in the cage, and it was snapping at me,” said DiCaprio. “They leave the tops open and you have a regulator line running to the surface. Then they chum the water with tuna. A wave came and the tuna sort of flipped up into the air. A shark jumped up and grabbed the tuna, and half its body landed inside the cage with me. I sort of fell down to the bottom and tried to lie flat. The great white took about five or six snaps an arm’s length away from my head. The guys there said that has never happened in the 30 years they’d been doing it. It flipped itself back out again. I have it on video. It’s insane.”

Even more insane is the bear attack that DiCaprio’s character survives in “The Revenant,” but you’ll have to see it to believe it. His life may not have flashed before his eyes under the direction of Alejandro G. Inarritu, but it may have while doing a tandem skydive.

“We pulled the first chute. That was knotted up. The gentleman I was with cut it free. We did another free fall for like another 5, 10 seconds. I didn’t even think about the extra chute, so I thought we were just plummeting to our death. He pulled the second, and that was knotted up too. He just kept shaking it and shaking it in midair, as all my friends were, you know, what felt like half a mile above me, and I’m plummeting toward earth,” DiCaprio explained with a laugh. “And he finally unravels it in midair. The fun part was when he said, ‘You’re probably going to break your legs on the way down, because we’re going too fast now.’ So after you see your whole life flash in front of your eyes — twice — he says, ‘Oh, your legs are going to get broken too.'”

Of course, DiCaprio didn’t break his legs, but the incident did give him second thoughts about skydiving again.

For his third time cheating death, DiCaprio was in business class on a Delta Air Lines flight to Russia when “an engine blew up in front of my eyes. It was right after ‘Sully’ Sullenberger landed in the Hudson. I was sitting there looking out at the wing, and the entire wing exploded in a fireball. I was the only one looking out at the moment this giant turbine exploded like a comet… They started the engines back up, and we did an emergency landing at JFK.”

That’s a lot of close calls for the famous actor. Lucky for him, DiCaprio only dies on the big screen, be it drowning in “Titanic” or getting shot in the head in “The Departed.” Whoops, spoiler alert!

“The Revenant” opens in limited release on Christmas Day before going wide on Jan. 8. To read the full Wired interview, click here.

From Leonardo DiCaprio to Will Farrell to Denzel Washington, normally clean-shaven actors like to go scruffy as their characters go dark