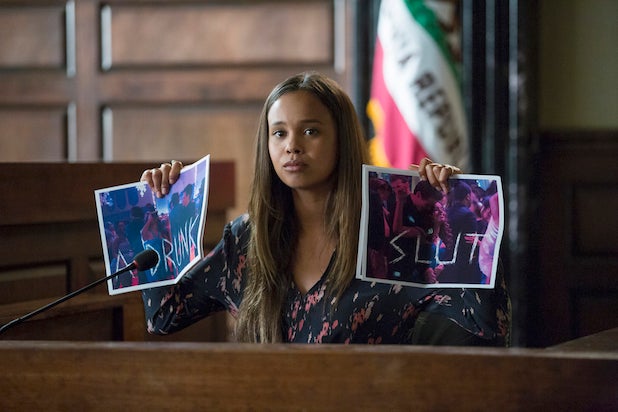 The Netflix series “13 Reasons Why” received significant and serious backlash for arguably glamorizing teen suicide. The show responded by adding content warnings and suicide hotline information. Helpful, sure, but imagine if Netflix had also created a way for young people to connect with the brand and the show — and perhaps, even, the characters in it — in a more meaningful way. To provide greater context for the content and foster important dialogue with and among the viewers about the sensitive issues.

Content today has reached a new level of influence, especially in the world of young people. Content has the power to start a deeper conversation with a real push-and-pull dialogue, and with this power comes the opportunity and responsibility to move beyond mere entertainment. Today, like never before, there is an opportunity for entertainment brands to entertain and engage. An engaged audience is a loyal audience. And a loyal audience becomes ambassadors for the programming.

Also Read: '13 Reasons Why' Showrunner Defends Sexual Assault Scene: 'It Was Worth Telling'

We all remember how record labels and music publishers wasted years fighting the concept of digital downloads and streaming, rather than immediately getting to work building platforms to deliver content the way consumers were demanding.

In recent years, entertainment companies seemed to have learned from those missteps and in many ways have put viewers’ wants at the top of their distribution strategy. From binge-watching to on-demand downloads on their phone, the leaders of the industry aren’t fighting this change, they’re fighting for the user.

Freeform gets it. Embracing the young cord-cutters, Freeform makes all its shows available on the Freeform network, on its app or on Hulu. The network has evolved from being a mere channel to being a creator and supplier of young-adult content pushed out through a variety of direct-to-consumer channels. And in doing this, Freeform is showing these young viewers that it values them enough to meet them where they are.

Also Read: Freeform to Develop 'How the Other Half Hamptons' From Kelly Ripa and Mark Consuelos

By fostering connections with your audience, you start to become more than just a media property — you become a trusted brand consumers can turn to, which, in the end, builds a whole new level of brand loyalty. And the key to connecting is dialogue.

Hello Sunshine, Reese Witherspoon’s new multimedia brand for women, is a great example of creating a dialogue with its base. From open essay submissions on selected topics to conversation starters about important issues, Hello Sunshine invites its audience to be an integral part of its mission: to change the narrative for women.

In the case of entertainment companies, creating a community means, in part, building programming that is inclusive. Not just in casting, but in actual storytelling. This is particularly important for Gen Z — the most diverse generation of Americans ever (46 percent identify as a race/​ethnicity other than white).

Diversity in media 1.0 was about casting underrepresented people so they can finally see themselves reflected back. And YES! that’s important. But 2.0 needs to be deeper. It needs to be about showcasing, celebrating, and sharing different stories about what it means to be black, Muslim, bisexual –maybe all these things combined, even –so we can finally, truly  see one another and experience their stories, everyone’s stories.

Which also has the added benefit of expanding your potential audience — just look at the opening weekend box office for “Crazy Rich Asians”!

It’s a new era with a connected young generation that expects something different — from government, from brands, and, yes, from entertainment. Young people are expecting, demanding even, that entertainment companies move beyond simple entertainment alone.  And the companies that are smart will take this opportunity to drive deeper relationships  with their audiences and forge a new kind of brand loyalty.

Melody Herzfeld, Marjory Stoneman Douglas school drama teacher, said this at her Tonys acceptance speech this year: “We all want the same thing, To be heard. To tell our truth. To make a difference. And to be respected.” It’s a net positive in every respect, for society, for culture — and for the bottom line.

View In Gallery
BIO Meredith Ferguson
Meredith Ferguson is managing director of Do Something Strategic, the data-driven consultancy arm of DoSomething.org that help brands and organizations engage young people for positive social changes. She is also an adjunct professor of Public Interest Marketing at Fordham University, a Women@Forbes contributing columnist, and has served as a judge for the Positive Change Effie Awards and the D&AD Impact Awards. She is a graduate of Vanderbilt Law School where she was a founding member of the Vanderbilt Child & Family Law Clinic.

Meredith Ferguson is managing director of Do Something Strategic, the data-driven consultancy arm of DoSomething.org that help brands and organizations engage young people for positive social changes. She is also an adjunct professor of Public Interest Marketing at Fordham University, a Women@Forbes contributing columnist, and has served as a judge for the Positive Change Effie Awards and the D&AD Impact Awards. She is a graduate of Vanderbilt Law School where she was a founding member of the Vanderbilt Child & Family Law Clinic.