A top studio exec, several film financing experts and two trading companies mounted a vigorous defense of movie box office futures trading Wednesday to the Commodities Future Trading Commission even as the rest of Hollywood warned the trading could “imperil” the film industry. 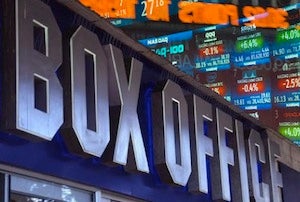 The CFTC already has approved the mechanics of movie futures trading. It now is reviewing the individual contracts requested by the two financial companies.

Under current law and commission rules, the commission has until June 7 to act on Media Derivatives’ request and until June 28 on Cantor’s request.

On the other side, MPAA and a Hollywood union official contended the trading would be bad for the industry.

Burns, one of the few Hollywood-ites supporting the trading — told the commission that Lionsgate already hedges its films by selling overseas rights before a film is issued. He said the trading would offer another opportunity.

“Every studio looks at returns and what it is shooting for. That is not going to change,” he said. “We would use it the same way we mitigate risk right now. It is another tool.”

He said the goal for studios is to generate consistent returns on investments in films, not necessarily to hit a home run each time. He also said that promotional partners on a movie could use the market to hedge their risks.

“They are tracking badly, it will affect their booking,” he said. In fact, he said, “this will be a drop in the bucket.”

“Hollywood is in deep trouble. The reason is there is no opportunity to value Hollywood investment,” he said. “it will bring billions of dollars in investments to this industry.”

“The volatility of film investments has led to a decreased number of films being made” and hurt industry employment, said Clark Hallren, head of Clear Scope Partners, which advises on film investments.

He said creating a hedge for investors will provide an opportunity for investment in specific films rather than a blind pool of films and increase the number of films produced.

“We have seen an enormous increase in the costs involved in the production and distribution,” she said, suggesting the futures market would provide an opportunity for more money.

The companies that made the request for trading also pleaded their cases.

He said that while the six members of MPAA owned by large media companies have the ability to finance their own films, that doesn’t mean independents couldn’t use the trading to hedge risks.

“The fact that MPAA members will not use it does not invalidate the market,” he said.

Robert S. Swagger, Media Derivatives president and CEO, in prepared testimony dismissed charges that the trading would be susceptible to manipulation and couldn’t be used as a hedging vehicle.

He described the company’s plans as “the essence of innovation” and objections of the movie industry that the contracts could “tarnish” the industry’s reputation “patently false.”

He also suggested that the market, not film studios, should decide whether futures trading is of value.

The movie industry argued the opposite view.

“This proposal has succeeded in uniting traditionally warring factions of the movie industry,” said Robert Pisano, interim CEO of Motion Picture Association of America. “It’s not just the six of us. It’s the entire movie industry.”

He called the trading “something close to a gambling contract. It should not be given the cloak of trading authenticity.”

Pisano also said studios would never use the contracts as hedging vehicles.

“The first time we go short against one of our movies, it will be the last time we will work with that filmmaker,” he said.

He also said he doesn’t believe others will, either. “We don’t want to repeat in our industry what happened in the mortgage business," he said.

Scott Harbinson, representing the Directors Guild of America and IATSE, in prepared testimony pleaded with the commission not to approve the contracts and “approve a new form of financial threat to our industry.”

Also joining in on the discussion were CFCT officials.

Richard Shilts, director of the commission’s division of market oversight, said the staff is examining whether Rentrak box office numbers that both companies intend to use as the basis of their contracts are readily available and verifiable and “not readily susceptible to distortion or manipulation.”

“It’s a number of factors we were considering, all going to reliability of the numbers,” he said. “We do want to know exactly how the number is generated.”

He also said staff is examining the trading company’s contentions that the contracts can be valuable as hedge vehicles for movie financing. The MPAA has argued the contracts couldn’t be used to hedge.

Members of the five-person commission expressed interest in the trading, but also some concerns including whether movie futures were really a “commodity.”

“I want to commend for the two companies for coming up with something that is neat and novel,” said Commissioner Bart Chilton. “I find it cool in general, but I’m not sure cool is a business.”

He said he was concerned about question of what the “underlying commodity” is for movie futures, whether movie revenues are subject and whether the futures represent “viable” hedges.”

“Nobody regulates Rentrak,” he said. He expressed concern the numbers could be akin to some published oil industry numbers that have been questioned.

For their part, the MPAA — joined by the Directors Guild of America, the Independent Film and Television alliance and the National Association of Theater Owners — filed a formal petition last week with the commission to deny Media Derivatives request to market options and future contracts based on the first weekend of a box office’s gross.

They filed a similar request on Monday to deny Cantor’s request.

Cantor’s wants to offer futures on the first four weeks of Lionsgate’s “The Expendibles” and eventually other pictures. [Media Derivatives didn’t name its first film.]

In the Monday filing, the groups argued that Cantor’s contracts would be susceptible to manipulation, “harm the motion picture industry” and are an attempt to turn Cantor’s HSX fantasy site’s betting on motion pictures into real money trading.

They also contend that the rules for trading the contracts Cantor proposed would drastically limit the opportunities for legitimate hedging and make the box office contracts mostly an outlet for “speculative pursuits” and a “side bet” more akin to gambling.

The filing also repeated claims made in last week’s filing on Media Derivatives that the contracts “would imperil the massive investments that studios and producers have made in a motion picture” potentially harming a film’s reputation at a critical time for public acceptance.

The group also warned that the trading could make it more difficult to initially release a film in limited number of screens, increasing the risk that strategy would lead to a picture being seen as a failure.

However, whatever decisions the commission makes might be moot.

Wide-ranging financial reform legislation under discussion in the Senate includes a provision barring the commission from approving box office futures trading. The provision was added by Arizona Senator Blanche Lincoln the day after the commission gave initial approval to the Media Derivates plan.

The Senate package still has to be reconciled with a version passed by the House then signed by President Obama, but that’s expected to happen before the commission has to make its June 7 decision.