1. We now have a will. Does it finally settle the fate of the children and Jackson’s fortune?

Not yet. Initially, a Los Angeles court granted Michael’s mother, Katherine Jackson, 79, temporary custody of his three children and financial control of his reported $300 million estate. The just-discovered will (See full will details)  memorializes his wishes that his mother be the guardian of his children. It does, however, seemingly knock out her request to control her son’s estate by giving control of Jackson’s money and property to his entertainment attorney John Branca and two business associates. 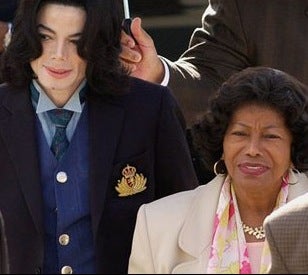 Until the will is OK’d, Mrs. Jackson would still remain in charge of the purse strings. But the issue could turn into a battle if Mrs. Jackson objects. The Los Angeles judge who would consider the filing said he won’t touch the matter until July 6. Until then, Mrs. Jackson would maintain control of her son’s assets.

Naming Branca and John McClain, a music executive and a family friend, is a prudent decision. That overcomes any concerns that Mrs. Jackson would know how to deal with her son’s diverse and shaky financial empire. In the past, she and her husband, Joe Jackson, filed for Chapter 7 and debts totaling around $24 million, including credit-card problems, court judgments and car loans. Such proceedings would taint her credibility as a financial arbiter.

As for the kids — for the time being, in Mrs. Jackson’s control — Jackson’s ex-wife Debbie Rowe has announced that she will challenge the guardianship, claiming she is their mother by birth and therefore entitled. Rowe could also get some help from child welfare authorities and sympathetic judges who might contend that her involvement in the lives her son’s children is in their best interests. (See below.)

But just because Jackson wanted his mother to be their guardian “doesn’t mean she is going to get them on a permanent basis,” said an official with the Los Angeles Department of Child and Family Services. “This is not a slam dunk.”

One reason is that Mrs. Jackson and for than matter anyone who comes into contact with the children as a custodian has to pass a rigorous psychological testing program to determine his or her the fitness to care for the kids.

“DCFS always looks into what is in the best interests of the children and in this case now what Michael Jackson may have wanted,” said Steve Cron, an attorney experienced in family law. “They will look into the safety and the health and the welfare of these kids and who would to the best job. They will look into whether she will provide a safe place for these children and the stability of the children.”

There also remains a possibility that the chaotic Jackson might have signed other wills, especially because the Branca’s will was signed eight years ago. Moreover Branca and Jackson severed their legal relationship and only reunited several months ago.

“Jackson had one of the best lawyers in the business,” said Stacy Phillips, an author and prominent Los Angeles family law attorney. “Having a trust instead of putting the estate into a will is a prudent thing to have done because of the tax consequences.”

2. What are Debbie Rowe’s rights?

Rowe agreed to carry and give birth to Jackson’s children in a financial arrangement. Married to Jackson in 1996, she filed for divorce three years later, surrendering her parental rights. But she changed her mind, perhaps seeking more money from her ex-husband. An appeals court later found that losing her rights was done in error, and Rowe and Jackson entered an out-of-court settlement in 2006. This could be helpful since a court has already determined she has parental rights. 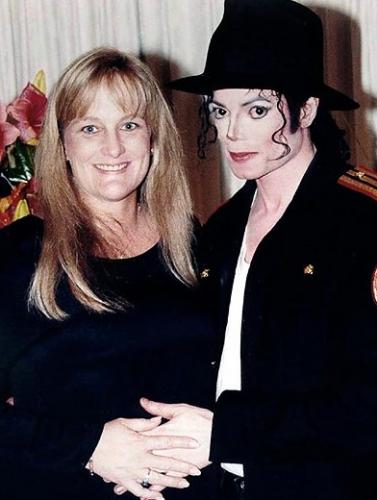 Rowe on Thursday stated that she would fight for the children, and also would fight for a restraing order to keep Jackson’s father away from the kids. Her position may gain ground, despite claims that she had little to do with raising the kids because Jackson’s family lawyer, Diane Goodman said Monday night on CNN that that the singer and Rowe “are the two legal parents.”

Even so, a court might give the nod to Mrs. Jackson because Rowe has played almost no role in the upbringing of her son’s children.

“A court might find that nurture over nature is more important and it would be in the best interests of the child to live with their grandmother who has been a consistent figure in their lives,” Phillips, an author and prominent Los Angeles family law attorney, told TheWrap.

Rowe also said she did not expect to get custody of Prince Michael II, of who she is not the mother, but would be happy to take custody. Phillips told TheWrap, “The legal presumption is that keeping all three kids together would be in their best interests. Imagine what that poor child (Prince Michael II) would go through if he were separated from the others?”

3. What about Michael’s father, Joe?

It comes as no surprise that Jackson’s iron-fisted father, who is currently living in Las Vegas, apart from Katherine Jackson, was not mentioned in his son’s will. The two had a strained and stormy relationship for decades. Indeed, his father has used his increased media exposure since the death of his son to promote his new record company. 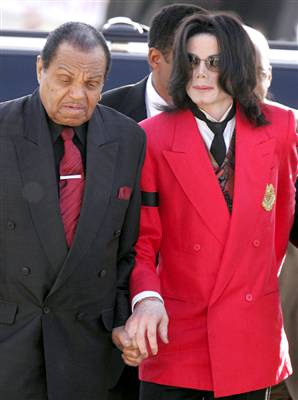 In the past, Michael had repeatedly criticized his father for beating and emotionally terrorizing him and his brothers during their childhood. The elder Jackson would carry a belt and beat his sons if they made any mistakes on stage or in rehearsals, Michael had claimed. It’s no wonder that the singer did not turn his children over to his father.

Such child rearing already has raised a flag with child welfare officials who would have to OK any level of guardianship — the patriarch of the clan would have if he could pass a rigorous psychological test conducted by county officials.

DCFS investigators would want to make sure that Jackson’s three children “were in a safe place, temporarily or permanently, and would scrutinize any potential person or place before turning any child over to an potential threat,” Cron said

The court could further ensure the security of the children by requesting that the elder Jackson be required to have supervised visitations, either with Katherine or with a minder. Such restrictions could be made in a restraining order or in court orders.

On the other hand, said Cron, the abuse Michael charged his father with “took place, maybe 30 or 40 years ago. People change.”

4. What is the fate of Neverland? Will it become another Graceland?

Neverland sits in cowboy and rich wine country, and the rule of law is zoning, zoning, zoning. The property is principally zoned as a cattle ranch, in an area of Santa Barbara County where many celebrities and wealthy home owners live on weekends. While it sounds like a catchy idea to open the ranch up to fans a la Elvis Presley’s home in Memphis, local officials would never move forward for fear they would be run out of office. 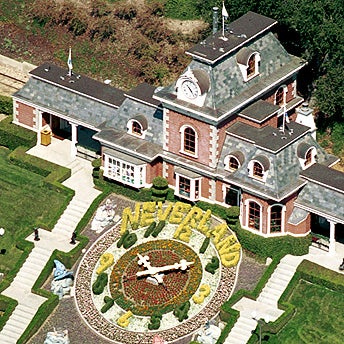 More importantly the infrastructure in and around Neverland, a few miles from Los Olivos and Santa Ynez, could never handle the increased volume of traffic, water and sewer needs demanded by large crowds. There are also not enough hotels to handle the overflow of visitors who would jam the winding two-lane Figueroa Mountain Road that leads in and out of the property. Even now, there is barely enough parking for visitors who are showing up outside the gates to pay homage.

There are, however, two other possibilities for the ranch — both of which would require zoning changes. The first is to subdivide the 2,600-acre ranch into 260-acre lots — which actually had been proposed to Jackson before his death by his partners in Neverland, Colony Capital, LLC — the investment group that bailed the singer out of losing the ranch in a foreclosure sale.

Each lot would likely sell between $2 million and $5 million today, making a possible total of $50 million, a Jackson family adviser told TheWrap — a staggering figure compared to the $17 million Jackson paid in 1988.

The key to getting this pass, the family adviser said, would be getting local leaders and citizen groups to understand the financial impact such a deal would make to the community. “You would have to get everyone together on this,” he said.

5. The LAPD is saying there is no criminal investigation into the Jackson’s death. But it sure seems like one!

The LAPD is trying to be as methodical and as responsible its investigators can be, especially because of the nature and celebrity of Jackson, attorney Cron told TheWrap.

“They don’t want this to be come another Martin Luther King investigation or did Sirhan Sirhan act alone in his killing Robert Kennedy,” he said, “or did Oswald kill President Kennedy with help? They don’t want people talking and debating this 30 years from now. The idea the district attorney would have is let’s go out and get some answers and at least they will have them to prosecute or not prosecute.”

For example, late Tuesday afternoon, a private nurse hired by Jackson said the singer requested that she get him doses of a drug called Diprivan, an anesthetic agent used to induce sleep to be used in an operating room setting only. The nurse said she warned Jackson about the danger of the drug – late Tuesday night, there were media reports that the drug was found at Jackson home by investigators.

“The police have to look into all possibilities,” Cron said. “Did he do this to himself, did someone else give him this drug and how and where did he or those around him get it?”