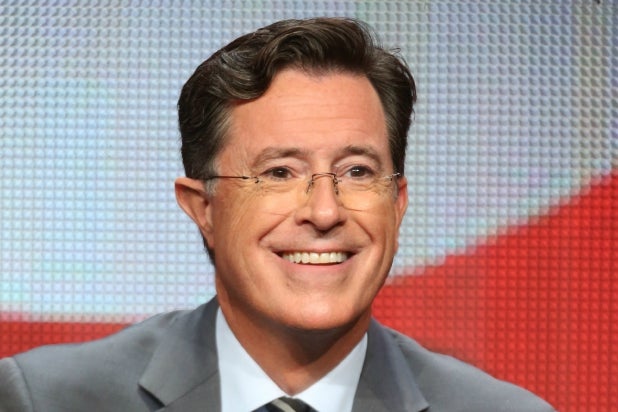 For nearly ten years, Stephen Colbert was known to the world almost exclusively as the faux-conservative character he played on his Comedy Central comedic news show, “The Colbert Report.”

The character ran so deep that most of Colbert’s public appearances outside of the show involved him staying in that persona. Most famously, he even delivered his speech as the host of the 2008 White House Correspondents Dinner in character, roasting President George W. Bush’s policies right to his face.

But with “The Late Show With Stephen Colbert” imminent, the world is about to get to know the real Colbert more than they ever have before.

To prepare people who may be expecting the biting wit of the political commentator when he shows up to host CBS’ flagship late night talk show, below are five of Colbert’s best “out of character” moments, when he appeared as just himself.

“The world seems confused by you,” Winfrey said to Colbert during an interview in 2012, referencing the three different versions of the Comedy Central host: the onscreen Colbert, the real Colbert, and the version of the onscreen Colbert that appears off the show. “Who will I be talking to today?”

Colbert explained the process behind writing for his on-screen persona on “The Colbert Report” with then host Tim Russert.

“I read a lot of newspapers and watch a lot of news,” he said of his daily preparation routine on the show. “And I have 12 really great writers. And we chop wood all day long. We show up exasperated or angry about something, and we try to turn that into jokes six hours later.”

Colbert showed off his improv (and rapping) skills during an appearance on “Whose Line Is It Anyway?” in 2008. Freestyle rap about an avalanche? No problems here. That quick on his feet skill should come in handy during a late night live variety show.

After a bit on the environment with Jon Stewart, the duo announced the winner for Best Leading Actor in a Comedy. Ricky Gervais won for “Extras,” but since the real winner couldn’t be there the night of the ceremony, the comedians “gave” the award to fellow “Daily Show” alum Steve Carell, instantly creating an iconic award show moment.

People who are fans of the real Colbert know at least this about him: He is a huge fan of JRR Tolkein’s “The Lord of the Rings.” So it’s not a surprise that during a stop by the show that would ultimately be his, Colbert told a long story about his family being invited to the set of “The Hobbit” in New Zealand, regaling Letterman with tales of his nine-year-old son going bungee jumping and other personal details.

“The Late Show With Stephen Colbert” will premiere Tuesday, Sept. 8.