The  Daily News in New York City is in trouble, as dozens of layoffs taking place earlier this month have signalled, but a takeout in Monday’s New York Times details the “disembowelment” of Mort Zuckerman’s empire from a robust daily in the nation’s biggest city to a click-hungry digital operation with an ever-shrinking newsroom.

Here are the 5 biggest revelations from the story:

The days of one million copies sold a day are long gone.

The daily paper’s current daily circulation tips slightly over 300,000 with 130,000 being single-copy newsstand sales. That’s down significantly compared to five years ago when they were at 346,000 newsstand sales and a total circulation of 525,000.

The 75 percent decline in circulation has led to estimated annual losses between $20 and $30 millio. (The New York Post is estimated to lose $100 million annually.)

Everyone knew layoffs were coming but when they did, the Times said, it was with “the swiftness of a Soviet-era purge. Newsroom veterans were summoned into an office and told about a digitally driven corporate restructuring.

Those outside the building were told their fates by phone — some while on vacation. One reporter was so left in the dark that when she got to work that day, there was already an intern in her seat.”

The most recent round of layoffs completely cut the paper’s features page and took a meat cleaver to the sports and business sections.

It is hardly news that newspapers everywhere are grappling with the challenges of the Internet, but the ways in which The Daily News has approached this wrestling match have left some members of its staff worried that the paper has betrayed its mission in exchange for digital clicks. It was not just the bloodletting in the feature, sports and business pages, which, people noted, were some of the paper’s most beloved sections; several employees said that The News’s top executives, in their scramble for solutions, had made the paper more down-market and sensational — a tepid imitation of the Post.

Several high-profile sports reporters and columnists were let go, including Flip Bondy, Bill Madden and Hank Gola. Legendary columnist Mike Lupica was reportedly let go last week, but since then, his status has become unclear as he continues writing columns for the paper.

A reporter laid off in August echoes the sentiment that the paper has abandoned its mission to cover the city in favor of publishing whatever can generate clicks.

“The mantra in the building is web, web, web,” the unnamed reporter told the Times. “But they haven’t figured out how to monetize the web yet. And so it just gets trashier and trashier in an effort to juice the numbers.”

Another former reporter said there’s rarely pats on the back messages send out for great work.

“When I first got to The News, it was about all reporting and writing, but now it’s about self-promotion,” the report said. “I can’t remember the last time someone on the staff sent a note saying, ‘Hey, good piece.’ What they say now is, ‘Hey, we broke the March record for page views!'” 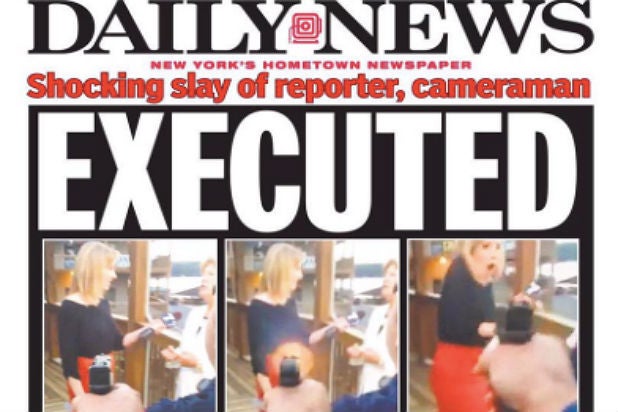 As part of the paper’s shift toward a dominant digital future, it’s created a satellite operation in New Jersey dedicated to news aggregation.

The paper is also looking for outside revenue any way they can get it; they’ve opened their printing plant to 80 publications and launched a web design and social-media marketing company.