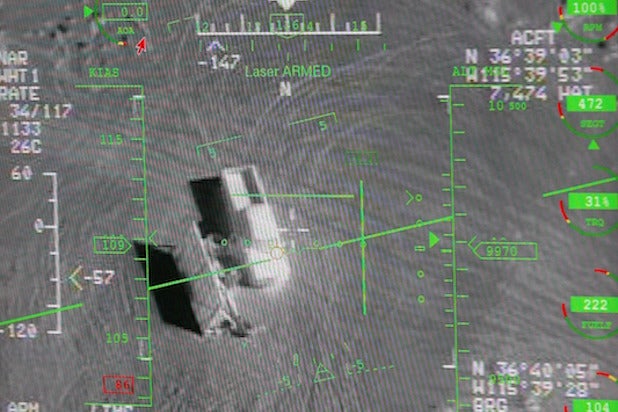 The Intercept’s explosive eight-part investigation, published on Thursday, sent the media world into a frenzy. The series, exposing the inner workings of the U.S. drone program, is based on documents leaked by an unnamed high-level source in the intelligence community who supposedly worked on the covert operations.

“The Drone Papers,” written by Jeremy Scahill and his colleagues at The Intercept, claims that the whistleblower “decided to provide these documents because he believes the public has a right to understand the process by which people are placed on kill lists and ultimately assassinated on orders from the highest echelons of the U.S. government.”

Here are the five biggest takeaways from the article:

1. The documents obtained by The Intercept reinforce previous accounts of how the Obama administration cooks the books when it comes to the true number of civilians killed in drone strikes by simply “categorizing unidentified people killed in a strike as enemies, even if they were not identified as targets.”

2. The secret docs also suggest that the administration is going well beyond the scope of its stated objectives — chiefly, Al-Qaeda and the Taliban — by going after members of other local armed groups.

3. The Obama administration has always maintained that drone operations are a safer and more precise alternative to boots on the ground, insisting that strikes are only authorized when there’s an “imminent threat” to the U.S., as well as “near certainty that the intended target will be eliminated.”

But the documents suggest that in a five-month period, 90 percent of those killed in drone strikes in Yemen, Somalia and Afghanistan were not the intended targets. One paper detailing a special operation in northeastern Afghanistan shows that between Jan. 2012 and Feb. 2013, U.S. airstrikes killed more than 200 people. Of those, only 35 were the intended targets.

4. As of June 2012 President Obama authorized the assassination of 16 people in Yemen and another four in Somalia. But the statistics contained in the documents obtained by The Intercept appear to only include targets approved under the 2001 Authorization for Use of Military Force, not CIA operations. In 2012 alone, according to data from the Bureau of Investigative Journalism, there were more than 200 people killed in Yemen and another four to eight in Somalia.

5. Assassinations depend on unreliable intelligence. According to the article, the U.S. military has become overly reliant on metadata from phones and computers as well as communications intercepts, also known as “signals intelligence,” rather than finding and fishing targeted enemies. Despite descriptions of the signals in the docs as “poor” and “limited,” they accounted for more than half of the intelligence used to track potential targets.