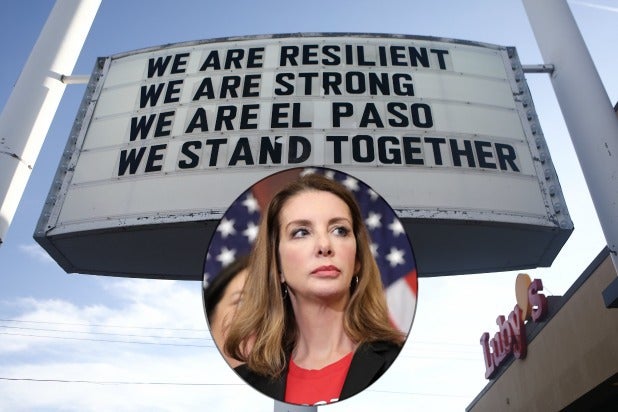 On the very day that 20 innocent lives were snuffed out in an El Paso, Texas, Walmart, 2,000 volunteer gun control activists had gathered in Washington, D.C., to grow their movement at an annual training conference on Saturday.

Barely had Moms Demand Action founder Shannon Watts tweeted out a photo of a crowd of enthusiastic men and women in their bright red T-shirts from a hotel ballroom, that a pale young man wearing glasses and tan khakis pulled up to the El Paso Walmart and — as security footage shows — began shooting at shoppers with his assault rifle.

This is the @NRA’s worst nightmare. Nearly 2,000 @MomsDemand and #StudentsDemandAction leaders learning to organize to end gun violence and the gun lobby’s influence. This is only half of our leadership team and a fraction of our hundreds of thousands of volunteers. #GSU19 ???????????? pic.twitter.com/e4sfpP59MV

The country recoiled as we learned of the latest deaths of innocents, this time in a southern border city, this time apparently fueled by an anti-immigrant manifesto that was linked to the shooter on social media. And this morning we learned of yet another mass shooting — 10 people shot dead in a bar in Dayton, Ohio.

But rather than retreating into shock and despair, the volunteers in D.C. spontaneously marched to the White House for a silent vigil in honor of the shooting victims. Then, in the dark of night, they marched to Congress to demand action against the scourge of mass shootings in our country.

.@MomsDemand volunteers chant “EL PASO” as they march from the @WhiteHouse to the @USCapitolBuild in Washington, DC. #gsu19. #NotOneMore @Everytown pic.twitter.com/irKTmWvB54

Watts has grown an extraordinary grass roots movement in the past six years, fueled by the anger of parents driven by the government’s inaction on even the most timid gun legislation. Their focus on state legislatures has yielded significant change at the state level, but the mass shootings continue and to some of us feel as if they are accelerating.

I caught up with Watts on Sunday to ask her a few, salient questions — like, what can we do to get past this feeling of numbness, paralysis and despair?

If most of the country agrees that stronger gun control laws like universal background checks are needed, why doesn’t it happen?

It’s actually 90% of the country. And it’s 80% of gun owners and 74% of NRA members. That’s a Republican poll (Poll details here). Some lawmakers are beholden to the gun lobby. They are not influenced by the cries of constituents. But we are releasing the stranglehold of the gun lobby finger by finger.

What can people do?

We are asking the Senate to return from recess and vote on two laws that we know save lives — a federal background check on every gun sale that passed the House earlier this year, and a red flag law that allows police and families to petition a judge for a temporary restraining order. Text the word “CHECKS to 64433” and we will connect you to your senators with talking points.

And you can join a Moms Demand Action chapter — ACT 64433. We are mothers and others. Not just women and moms.

Why isn’t there a more moderate alternative to the NRA if so many gun owners support different policies?

That’s us. If you want an organization that demonstrates the value of the NRA of yesteryear, that’s Moms Demand Action. We exist to restore the responsibilities that go along with gun rights. The NRA is an aging-out demographic, mainly white men over 50 or 60, many just want discounts or had to sign up when they bought a gun.

Right now they’re financially weakened. They are under several investigations. They go into 2020 weaker than they’ve ever been. We go in stronger than we’ve ever been.

Given how much effort you’ve put into this cause, how do you feel today?

Timing is of the essence when 100 Americans are dying from gun violence every day. But this is a marathon, not a sprint. It’s going to take several election cycles to fix this. I’m always hopeful our lawmakers will do the right thing. But if they don’t, we will channel this anger. For example, in Virginia, every state seat in the legislature is up for reelection. Virginia is a state where many guns used in crimes come from.

Right. But how do you feel as a Mom?

There is not a parent in America today that is not afraid that their kid is next. And they will get off the sidelines.

You can hear Watts speak at our Power Women Breakfast 2018 here:

Shannon Watts of ‘Moms Demand Action': ‘The NRA Is a Paper Tiger’ (Video)