We’ve all seen the numbers. Still, they’re hard to fathom.

Advertising pages for consumer magazines plummeted 28 percent during the first half of the year, representing roughly $2.5 billion in lost revenue. Of the 243 magazines tracked by the Publishers Information Bureau, just 12 managed to increase their ad pages.

The beating continued at the newsstand. Single copy sales slid 12.1 percent during the first half, according to the Audit Bureau of Circulations. Just 93 of the 700-plus magazines tracked by ABC managed to increase their newsstand draw. (Among the top 25 titles in terms of paid circulation, only Time did.)

The magazine industry has been brutalized by the recession, and by that evil foe of all things Old Media: the web. According to a recent survey conducted by ABC, one in four magazine publishers don’t believe that their publication will be available in a print form five years from now.

And when a publishing powerhouse like Condé Nast says it needs to fold four magazines and lay off 180 employees — like it did earlier this week — it’s dumping fuel on an already raging fire.

But the magazine industry isn’t quite buried just yet. Here are some things that can, at worst, prolong the inevitable. And maybe, just maybe, with a little luck, save an industry staring down its maker.

1. CREATE A NETFLIX FOR MAGAZINES

Four years ago, an executive at a magazine conference let slip that he was working on a subscription-based project similar in concept to Netflix, where consumers could select specific issues of different magazines they wanted without committing to a full year of them.

The idea is genius: One month, you might want Sports Illustrated’s swimsuit issue or baseball preview; the next, maybe it's Vogue. Or Wired. Or Guns & Ammo.

That project turned out to be Maghound, which Time Inc. launched last September. The membership pricing is tiered — three titles for $4.95 a month, five for $7.95, seven for $9.95, and $1 per title for eight titles or more.

The problem is, has your Mom heard about “Maghound”? Didn’t think so. While Netflix has built its business around deep selection and nimble word-of-mouth and web-based marketing, the executives behind Maghound are lagging sorely behind.

Maybe it’s the goofy name. Or maybe it's the fact that Maghound launched with just 240 available titles, most from Time Inc., just a few — like Men’s Health, Elle, Martha Stewart Living and Maxim – from outside the mega-publisher’s stable.

It’s time to mag up and figure this out. Or perhaps just partner with Netflix itself.

Hey, it worked for the videogame industry.

Newspapers have done it. Television has done it. Why not magazines? 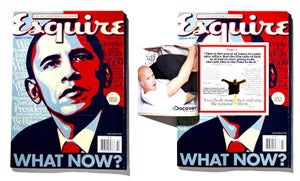 Some publishers have already gotten their toes wet, however slyly, and I’m not just talking about Esquire’s e-ink cover — in whose technology Hearst held a stake. Cover flaps are becoming more commonplace, like ESPN The Magazine's Gatorade flap that caused a minor one in April, and so-called mock covers, which US Weekly and Rolling Stone are increasingly fond of.

My favorite example of this is Vice magazine, which embedded a glow-in-the-dark ad for BMW on its cover last year.

But why not go for broke? Instead of hiding the ads behind flaps or foil, why not sell the whole cover, and be transparent about it? Publishers seem ready.

According to a FOLIO: magazine poll, 51 percent of respondents said any form of cover advertisement is a violation of editorial ethics. But 46 percent “think cover ads are a legitimate business opportunity.”

Those 46 percent are right. Nothing would be more pleasing to an advertiser than really engaging readers on a magazine's cover.

It’s far too early to assess the three-month McKinsey & Company study Condé Nast commissioned of its publishing business, now complete — with the company moving this week to shutter four of its magazines, including icing the 67-year-old Gourmet. 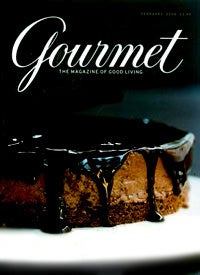 But the message for the rest of the industry is clear. Tighten up the wheat, and cut out the chaff.

It’s tough love, but it’s been a long time coming. Gone are the days of three-martini lunches at Michael’s.

Last fall, when Time Inc. announced a dramatic reorganization of its business, the company said it was trying to avoid magazine closings. Instead, it. said it would lay off as many as 600 employees – a shocking figure, until you realize that the company employed roughly 10,200 people at the time, about 7,000 of those in the U.S., responsible for publishing 24 magazines.

McKinsey’s probably right. Condé Nast should be able to operate with 25 percent cut out of its budgets. Time Inc. and Hearst, too.

It’s become a rite of fall. Every year, publishers put out their massive September fashion issues. 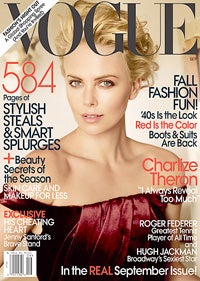 True, this year, as has been the case the last couple years, the issues appeared almost as thin as the models that inhabit them. Still, despite shedding 214 total pages — 130 of those ads — and 1.4 pounds, Anna Wintour’s September Vogue carried 447 ad pages.

The reason why fall fashion issues are so popular with advertisers is simple: They're like the Super Bowl. Women of all shapes and sizes take up the dangerous, Jenga-like sport of stacking them on their coffee tables.

But it doesn't just have to be September.

Bottle some of this magic even three or four times a year, and there'd be no need for this article.

The magazine industry has been frustratingly slow in embracing the web, lagging far behind online-only players and even some newspapers in terms of innovation. There are obviously some shining exceptions — New York magazine’s website and Make come to mind — but as a whole it’s been like huffing paint then watching it dry. 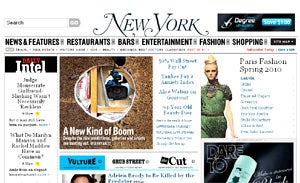 Just look at how publishers navigating the scary transition to the web insist on sticking that word “magazine” in their URLs like a life preserver. (What’s worse is the hyphenated URLs that still crop up every now and again — those should be downright outlawed.)

For some, it’s a financial issue. It would be tough for a smaller publisher like Make to buy the Make.com URL (Time may be able to afford it, but not New York.) Nonetheless, it’s an expense that could be easily justified. (Any magazines launching in 2009 and beyond should make sure the domain is available before settling on a name. Or be ready to pay up.)

It's emblematic, given how many magazines still struggle with how to present their magazine content on the web. Slapping the word "mag" and its content up on a website just isn't gonna cut it.

Unlike newspapers, though, magazines do have content that is proprietary — and, in fact, content that some of your readers might even be willing to pay for.