Is this the last waltz for the music biz?

The nostalgia for vinyl is up, but CD sales are in double-digit freefall. With every genre taking a hit, sales were down 20 percent in 2008 from the year before — and that’s the seventh decline in the last eight years.

The once venerable “album” has basically become a thing of the past, as consumers, via iTunes, Amazon and the like, exercise their right to cherry-pick only the songs they want. File sharing is still taking a huge bite out of the profit pie, as fans prefer the nice but illegally downloaded price of free.

Even touring, which has thrived in recent years, took a dive this summer. Behemoth promoter Live Nation said sales were down as fans felt the recession pinch of soaring ticket prices.

It’s probably going to get worse before it gets better — but here at TheWrap, the beat goes on, with a few suggestions that that might, just might, provide the blueprint for a brighter future.

It’s hard to tell people — even if you try to appeal to their law-abiding tendencies — to pay for something they can easily get for free. The Recording Industry Association of America may be trying to scare consumers by pursing them in the courts for sharing songs online, with defendants like Jammie Thomas Rasset of Minnesota being ordered to pay $1.92 million for getting 24 songs off the Kazaa site … but that genie is just not getting back in the bottle anytime soon. 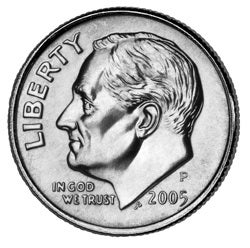 Presently iTunes sets the price for individual tracks at around 99 cents, which is cheap but not free. But what if the industry started selling tracks for less than 10 cents? And what if, using the proven successful market model of peer-to-peer services, they got the fans involved in the process — rewarding them for passing new tunes on to friends and family?

So I recommend a track to you via text, you buy it for 10 cents, and I get a portion of that — or something else like an iTouch, depending on how many tracks I help sell?

Sure, 10 cents isn’t 99 cents, and sure there are lots of people who’ll complain it is just more bloodletting — but that’s because they act like it’s 1989 not 2009. Lower the price point, and you undercut the very foundation of illegal downloading. Think of all the people who will be overjoyed to be assured of tracks that sound good, don’t contain viruses and are what they say they are.

Think of all the music fans suddenly willing to participate in the process again? That’s billions and billions of dollars suddenly re-injected into the industry.

And you know what billions and billions are? That’s real money. Seriously.

Jack White is becoming not just the voice but the vehicle of his generation.

There are his three bands — the White Stripes, the Raconteurs and the Dead Weather — and his collaborations, with Alicia Keys for the last James Bond theme, with Rolling Stone Keith Richards.

He closed out the last “Late Night with Conan O’Brian.” He regularly sells out tours. His label, Third Man Records, opened its own retail store in hometown Nashville, as well as a pop-up store in L.A. to sell … well, Jack White records.

His smart and star-quality appearance in Davis Guggenheim’s documentary “It Might Get Loud” put him in the rock pantheon, as the Detroit-born guitarist blew away co-stars Jimmy Page of Led Zeppelin and U2’s The Edge.

Feeding a ravenous low-fi appetite among an ever growing legion of fans who want to rock DIY style, White seems effortless modern, timeless — and all at the same time. Like he often does musically, White is playing by his own rules, keeping things close to his chest — and the audience.

Maybe others need to start following?

Punk rock bands like Fuguzi were doing it decades ago, and that lean and mean mentality might turn to green in an industry where selling records has become less a revenue stream than a marketing strategy.

Certainly, as bands like Metric and the Beastie Boys have found, cutting out the corporate overhead and infrastructure of major labels in the digital era can not only get your music on iPods faster, but with a greater sense of personal connection and far greater profit margin for the musicians. Some bands opt out altogether; others take an arm’s length approach, using the major labels purely for distribution. 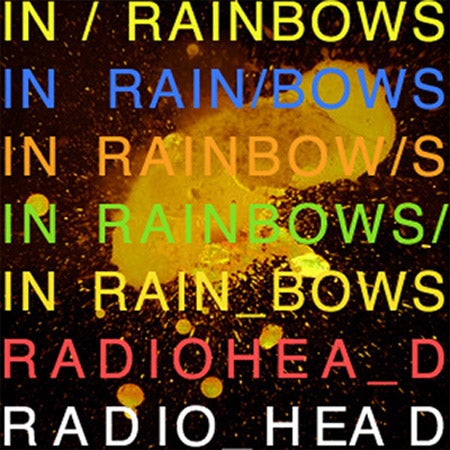 Radiohead hasn’t been with a major since 2003; it’s now releasing albums like 2007’s “In Rainbows” and songs like the recent "Harry Patch (In Memory of)" on its website — virtually free or for the nominal sum of $1. Oasis, which may or may not still be together, only uses major labels for distribution and has been releasing its records in the U.K. on their own Big Brother label since 2000.

Nine Inch Nails, whose frontman Trent Reznor is a big advocate of "free," hasn’t been with a major label since 2007. NIN has taken to not only releasing its records online but has created elaborate Easter-egg like hunts, with fully loaded USB sticks hidden for fans to find in the bathrooms of venues the band’s playing in.

Even the Eagles – once one of the biggest symbols of some of the worst excesses of the industry — brought out “Long Road Out of Eden,” its first new album in 28 years itself. For the first year after the album came out in October 2007, “Eden” was sold exclusively through Wal-Mart, Sam’s Club and the band’s website.

In a time of not just declining sales but limboed expectations, the Eagles’ strategy paid off – the album went seven times platinum — which is a tune you can definitely take to the bank.

Or here’s another thought: Let venture capitalits do the work of labels.

For years, getting a song on a videogame soundtrack like “Grand Theft Auto” or one of the “Madden NFL” releases has been a nice source of income for both new and older bands. But with the hugely successful “Guitar Hero” and “Rock Band” franchises, the medium has taken off faster and higher in terms of cold hard cash than a Hellfire missile.

Just a couple of weeks after “Guitar Hero: Aerosmith” was released last summer, the Boston bad boys had a 40 percent leap in their catalogue sales – not bad for an aging band. And the game — which has sold over a million copies and in which players get to performer 41 songs from the band and others — has made over $60 million in sales. Metallica, Van Halen, and others have their own games out or upcoming.

Then, of course, there are the Beatles, with “Beatles: Rock Band,” released this week in both the standard $59.99 version for Xbox 360, Playstation 3 and Nintendo Wii systems and a deluxe $249.99 customized-instruments-included edition.

As the Fab Four once sang, “The best things in life are free/But you can keep ‘em for the birds and bees/Now give me money, that’s what I want.”

5. LEARN TO PLAY AN INSTRUMENT

Some say that a recession is the best time to invest, since things will only get better –partially because of your investment. The same logic could apply to the music industry. 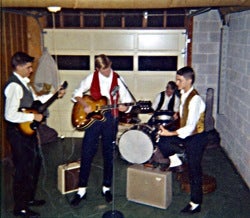 So make an investment.

Pick up a guitar, sit down at the piano or behind the drums and make your
own music. Put it up online, pass it around to friends and family, play live. You might not be the next Neil Young, Taylor Swift, Whitney Houston or Jack White, but you just might be the next Metric, Miranda Lee Richards,
Busdriver or Edward Sharpe and the Magnetic Zeros.

That’s far from a bad thing, because besides being great musicians, they are the type of savvy artists that are the best chance the music biz has.

Nothing beats the human voice, a couple of six strings and the ragged fun of belting out a tune with friends.