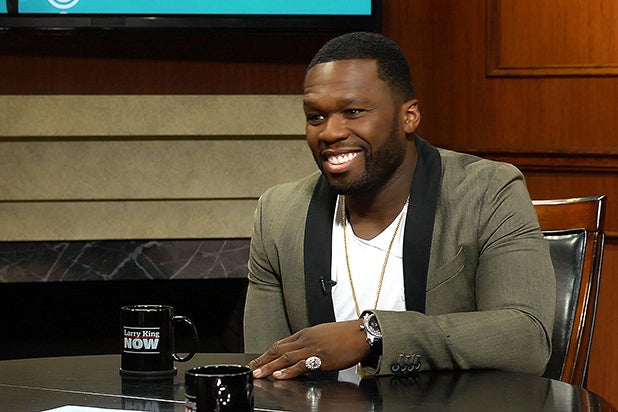 50 Cent has responded to the media scrutiny and backlash he’s received surrounding his legal troubles.

In an appearance on the Season 4 premiere of Ora TV’s “Larry King Now” on Monday, the rapper, whose real name is Curtis Jackson, said his bankruptcy filing was a “strategic” move, and that the criticism he’s received for it doesn’t bother him.

“I’ve seen so many things said about me on social networking at points and when you don’t anticipate it, it lands a little harder on you… I can see what’s gonna come from people,” the “Power” star and executive producer said. “It’s strategic. It’s a move that was necessary for me to make at this point so I didn’t allow myself to create that big red and white bullseye on my back, where I become the person that people consistently come to.”

“It lasts a week before they start going in a different direction,” he said.

Jackson filed for Chapter 11 bankruptcy on July 13, after a jury ruled that he owed $5 million to Lastonia Leviston for releasing her sex tape online. He was later hit with an additional $2 million in damages.

In the bankruptcy filing, Jackson claimed to owe over $28 million to creditors, among them Leviston and Sleek Audio, a Florida-based company that won a $18,428,257 judgment after the company claimed he stole their design.

Last week, Jackson testified in Manhattan Supreme Court that his flashy lifestyle was largely an illusion. He also downplayed his income from record sales, claiming to make 10 cents per record, and said that he’s only made in the area of $150,000 from each of the first two seasons of the Starz drama “Power.”

During that court date, Jackson’s lawyer put his client’s worth at $4.4 million, prior to the $5 million award levied against him.

As for his Ora TV interview, 50 Cent dropped a bit of an entertainment bombshell — he’s a Taylor Swift fan.

“I like the Taylor Swift new CD,” he said