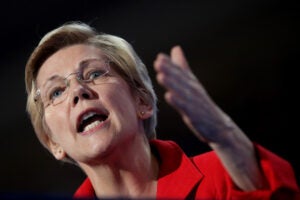 The continued growth of the games industry has been both a huge surprise and an inevitable certainty: Surprising because very few observers expected it to reach the $180 billion annualized market size it currently boasts, and inevitable because “Fortnite,” “Mario,” “Halo,” “Candy Crush” and Twitch have all become fixtures with audiences in the living room, at the office and on the go.

This year will be critical in the evolution of games. Here are six key trends in the gaming industry to keep an eye on in 2020:

1. Gaming could eclipse the market size of paid TV by 2021 based on current growth trajectories.
In terms of overall revenue, gaming is now bigger than music and movies combined. Gaming is on track to become the No. 1 entertainment category in the next several years. IDG estimates that gaming reached roughly $180 billion in revenue last year and is on track to exceed $230 billion by 2023. Asia-Pac (led by China, Japan and South Korea) is the biggest overall bucket, followed by North America. But rest of world — led by what we are calling “The Opportunity Markets” of Southeast Asia, Middle East North Africa, Australia/New Zealand, Russia, India, Latin America and Turkey, among others — will post the strongest Compounded Annual Growth Rate in the next 4 years — 13% versus 6% for North America, 9% for Europe and 5% for Asia.

2. The games market will become more fragmented and more consolidated at the same time.
In other words, there will be growth of cross-play, where a title can be played simultaneously by players of different platforms  (a PS4 “Call of Duty” gamer can play against a friend who has “Call of Duty” for Xbox One). At the same time, there will be growth of siloed walled gardens, where publishers build out their own platforms. The two sub-industries will be able to coexist in 2020.

While these two trends appear to be diametrically opposed to each other, there will be a mix of some new cross-play collaborations above and beyond “Fortnite”/”Minecraft”/”Call of Duty,” while at the same time EA, Ubisoft, Bethesda, Rockstar and others will continue to build out their own siloed platforms to complement their existing external platform partnerships. Sometime in the next 3-4 years, however, IDG believes that there will be a consumer reckoning, whereby having to log into 10+ platform accounts to access all of a gamer’s gaming content will become too cumbersome and cross-play/interoperability will be valued over fragmentation.

3. Gaming represents the next frontier for social media and for traditional media.
Players and viewers spend an increasing amount of time in share of day through game communities. As an example, Netflix’s greatest competitor might not be Disney+ or Hulu. “Fortnite” is a competitive threat, and Netflix said as much last year when the company stated that “Fortnite” was cannibalizing Netflix customers’ screen time. This battle for entertainment share of day is becoming more multi-faceted, and in many fronts of this battle, gaming and esports are winning. When evaluating the games market, it is important to take a community-centric approach. Both competitive and livestreaming platforms are benefiting from this broader trend, and it is reshaping entertainment as we know it.

While a streaming viewer of an esports event might hold a different value versus a Super Bowl television viewer, the scale and scope of gaming/esports/livestreaming entertainment can no longer be denied. Even if we split the League of Legends World Championship Series audience in half, since half of the global audience came from China, the remaining half is still pretty in-line with the total audience of this month’s Super Bowl event. And while the growth in viewership for traditional sports events has decelerated and, in some cases, declined year-over-year, the growth in gaming/esports viewership continues apace.

5. Esports is finally growing up and approaching esports 2.0.
In esports 1.0, the ecosystem was beginning to build out, but there was still a focus on short-term opportunities and a more transactional nature to partnerships. Many of the lower-quality companies are beginning to get weeded out of the market, while top-notch esports teams, franchises, brands and leagues are emerging with best practices and credibility to lend long-term strength to this burgeoning market. However, a rising tide does not necessarily lift all boats, and the same can be said in the case of esports.

There will be winners, but there will also be a lot of losers during this consolidation phase, as the market transitions in a flight to quality, with cleaner business models where dollars are tracked more accurately, operating models become more crystallized and less emblematic of the Wild Wild West. The partnership focus will become less transactional and, instead, will emphasize sustainable, long-term relationships.

6. Gaming and esports will benefit this year from a variety of key catalysts.
Next-gen console launches will release sometime in Q4 2020 for both PlayStation 5 and the Xbox Series X. Although console transitions are always disruptive to some extent, our checks with game developers indicate that there is more seamlessness in building next-gen content this time around versus prior transitions.

Cloud gaming platforms are still finding their footing, but there should be a bit more traction in 2020, although the bigger potential for this market is still a long ways off. VR gaming will also remain on the periphery but begin to establish itself more as we begin to see better VR-focused game content in the form of “Half-Life: Alyx” from Valve, among others. And the most important innovations in the games market will likely come from business model innovations, in addition to content innovations. Anticipate new genre mash-ups but also new ways of monetizing consumers that will provide additional value and engagement to the gaming experience.

Yoshio Osaki is President/CEO of IDG Consulting, a leading research, consulting and analytics firm in the games/esports markets. As a trusted advisor, angel investor and thought leader in the space for 16 years, Osaki has worked with Amazon, Google, Activision Blizzard, NIKE, EA, Microsoft, Facebook, Riot, Epic, Disney, Warner Bros., Tencent and Sony, among many others, providing an edge across Fortune 500 management consulting and investment research to tackle Gaming, Esports, AR/VR, M&A and Entertainment. Please go to www.idgconsulting.com for more information.

Media, Entertainment Companies With Vulnerable Credit Outlooks, According to S&P

5 Ways the Oscar Season Could Be Rocked by the Coronavirus