Lionsgate and Summit deserve some props for taking a swing for the fences with “Gods of Egypt,” the $140 million sword-and-sandals epic that fizzled at the box office with a $14 million debut this weekend.

The studio needs a franchise with “The Hunger Games” and “Twilight” series history and “Divergent” waning, so it made sense to seek a substitute. And the Australian film commission’s willingness to cover nearly half of that hefty  production price tag on countryman and director Alex Proyas‘ project made it more a calculated, low-risk gamble on the part of Lionsgate chief executive John Feltheimer and his team than a wacky flier on a pyramid scheme.

“I give Lionsgate huge credit for having the guts to attempt to create a new franchise in a genre that requires a large investment to create the epic on-screen world sufficient to serve the material,” comScore senior analyst Paul Dergarbedian told TheWrap. “An overcrowded marketplace reminiscent of the last fall, unexpected competition from ‘Deadpool’ and a focus on Oscar films made it a tough time for any movie to gain traction.”

Here are some other reasons “Gods of Egypt” got its asp kicked at the box office:

Even with Geoffrey Rush dragging the sun around and using its beams to KO a giant serpent, Egyptian mythology doesn’t have the lure of pop culture clout of Zeus and the Greek gang or Odin, Thor and Norse band. While sword and sandals sagas have been storytellers’ fodder for literally centuries, their appeal to young American males today is questionable and the numbers — just 53 percent male and 70 percent over 25 — showed it. The misfires of 2014 films “Hercules,” “The Legend of Hercules” and “Pompeii” could have been a further caution.

2. The Original Sin
Filming in Australia with a very European cast was no excuse for the historically inaccurate lily-white casting by Lionsgate and director Alex Proyas, period. The release of the first white-washed posters established the film’s main talking point early and that never changed.

3. The Apology
Before there was “own it” there was “deny it,” and in hindsight the old-school approach on the bungled casting might have made more sense. Saying sorry was the responsible thing to do for Lionsgate and Proyas and might even have ended the chatter. But owning up to a bad decision is rare in Hollywood — especially before the film came out — and the American workplace culture, and that made it news and extended the bad buzz.

Also Read: Oscars Preview: It's All About DiCaprio and Diversity 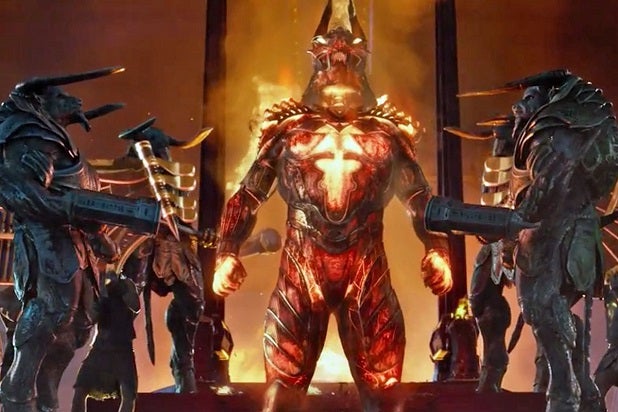 4. Low-Wattage Stars
The film’s leading men were either engaging and proven veterans like Gerard Butler — in a short skirt — and Rush or on-the-rise stars like Nikolaj Coster-Waldau, Chadwick Boseman and Brenton Thwaites. But neither proven nor promise will open a movie, only star power can do that, and “Gods of Egypt” didn’t have the wattage to offset the film’s negatives. Its Rotten Tomatoes “fresh” ratings was a sad 13 percent.

5. Effects Overload
The special effects by Cinesite and Rodeo FX were at times spectacular — how about Butler’s god Set at the reins of a chariot pulled by giant green beetles? — but less might have been better, particularly given the film’s two-hour, seven-minute run-time. With so many scenes featuring pyrotechnics and fantasy effects it became dizzying, and a more deft touch and sparing use of them by director Proyas might have increased their impact and kept some from feeling silly.

6. Dogged  by “Deadpool”
While Lionsgate execs knew Fox’s R-rated Ryan Reynolds superhero sendup “Deadpool” was going to be a hit, neither they nor anyone else expected the action film to be a breakout blockbuster. A good part of the crowd that delivered that film’s $31 million third-weekend win were young males, who otherwise might have at least considered “Gods of Egypt.”

With Marvel’s ”Deadpool“ on its way to a big weekend, TheWrap suggests other heroes who deserve R-rated films