After a long wait, “Harry Potter” fans can finally hop on a broom and taste Butterbeer without flying across the country to Orlando — or the Atlantic to England.

“The Wizarding World of Harry Potter” opens at Universal Studios Hollywood on April 7, and the magical theme park is packed with frosted windows, Chocolate Frogs, flying broomsticks and Quidditch equipment. In other words, the full Hogwarts experience.

Walking into “The Wizarding World of Harry Potter,” followers of Pottermania can take a ride on the Hogwarts Express, which includes actual suitcases and luggage racks used in the movie.

Looking past the train, the road of Hogsmeade Village is lined with snow-covered village houses (even on a sunny California day), as well as film staples such as Honeydukes, Zonko’s Joke Shop and Ollivanders, where yes, your wand chooses you and you can purchase it.

See 6 things you will love about the new attraction below. 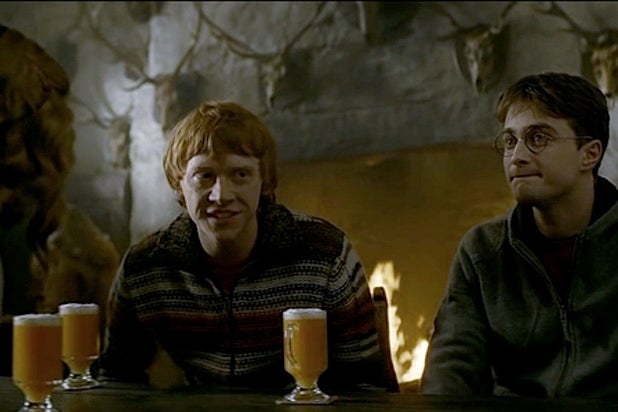 1. Butterbeer
Harry, Ron and Hermione always sip Butterbeer during their free periods and after school, but we’ve always wondered what the drink tastes like. At the park, it’s non-alcoholic (despite it having a slight alcoholic content in the films), but is a tangy sweet drink that tastes like butter scotch and cream soda. You can get it either frozen or on ice for around $5 … If you want a real souvenir cup, expect to pay $12. 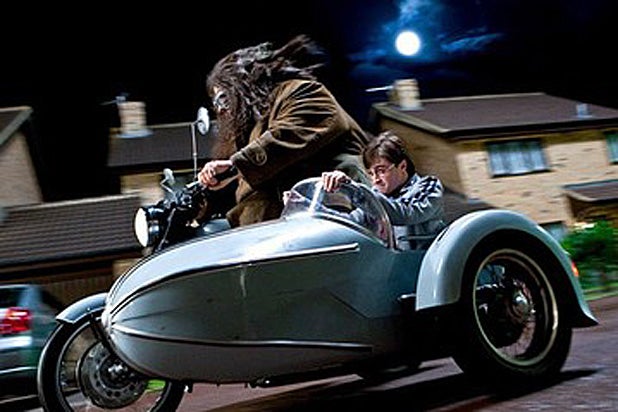 2. Attention to detail
As mentioned before, all the windows are frosted with ice — even the those panes way up high above the roads of Hogsmeade. There are icicles hanging from doors and window frames, and owl droppings are scattered on the floor in the sitting area across the restaurant, Three Broomsticks. Even the walkthrough of Hogwarts to get to the ride stays true to the movie, with the marble staircases and talking photographs before you venture through the potions classroom and past Dumbledore’s office.

3. Movie props are scattered across the park
All around the park, true “Harry Potter” fans will see various props from the actual films, including Hagrid’s motorcycle (above), Arthur Weasley’s car, Cho Chang’s Yule Ball dress, the bookcase from the Gryffinrom the load platform for the Hogwarts Express, and luggage racks used in the film. 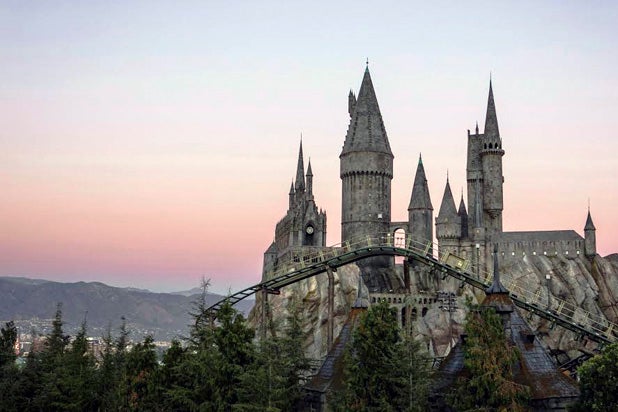 4. The Rides
To get to the “Harry Potter and the Forbidden Journey” ride, you must walk through Hogwarts, past the potions classroom and the headmaster’s office. Lucky guests with Front of Line passes can ascend the marble staircase aligned with talking portraits.

The ride itself is a 3D simulation where you are strapped into a moving car, following Harry and Ron on their broomsticks. You encounter dragons and countless Death Eaters that virtually come so close to your face that you could reach out and grab them.

Meanwhile, the thrilling “Flight of the Hippogriff,” is Universal Studio’s first outdoor rollercoaster. 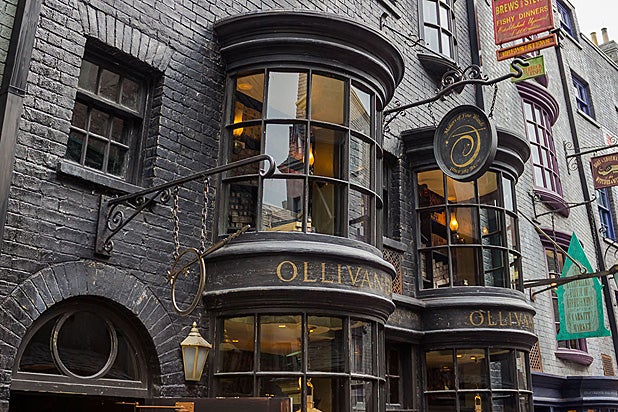 5. Ollivanders
In what is possibly the best part about the park, aspiring witches and wizards can visit Ollivanders to buy their own wands. Audience members find themselves in a small room, adorned with mismatched wand boxes from floor to ceiling. It’s dark, with a single light shining on the eager faces that want to choose their wand. One particular individual is chosen and is prompted to try different spells to see whether it is a good match or not.

Using impressive light and sound effects, the wizard is matched with the correct wand, and you can decide to purchase it in the shop that you have to walk through to exit the attraction.

6. The other stores
You can buy all the memorabilia that a true Pottermaniac always dreamed of owning — Hogwarts uniforms, owls and Quidditch equipment. High-rollers can also buy a Nimbus 2000 and get a closer look at the Monster Book of Monsters. At Honeydukes, the legendary wizarding sweets shop, all the magical candy from the movies are up for grabs, including Acid Pops, exploding bonbons, Cauldron Cakes, treacle fudge, Fizzing Whizzbees and Chocolate Frogs (for $10.95) with a wizard trading card in each box. The more daring sweet-toothed shopper can fill up on Bertie Bott’s Every-Flavour Beans.

Visit the park when it opens on Thursday, April 7. One day tickets for Universal Hollywood start at $90, click here for details.