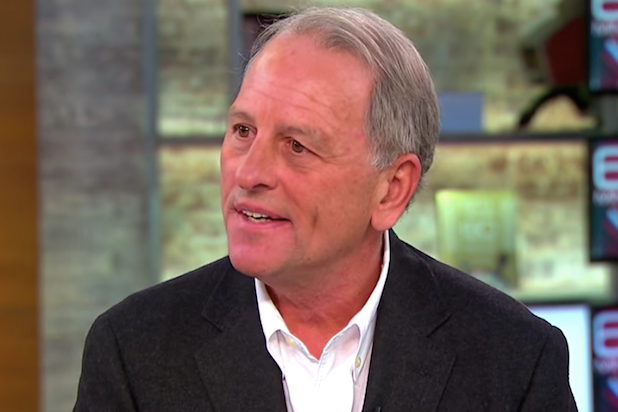 “60 Minutes” executive producer Jeff Fager’s future at CBS News has been thrown into doubt in the aftermath of The New Yorker‘s bombshell report last Friday detailing multiple accusations of sexual misconduct by senior CBS executives including Fager, according to network insiders.

“If Charlie Rose is a precedent, then that doesn’t bode well for Fager,” one CBS insider told TheWrap on Thursday. “If Fager goes, Les is not far behind.”

According to another CBS News insider, the company is expected to announce that it’s wrapping up an internal investigation of workplace culture in the coming weeks. The probe was announced in early May after the Washington Post published multiple accusations of sexual misconduct against Rose and other division executives.

On Wednesday, the CBS board of directors also hired two law firms to conduct independent investigations into the accusations against Moonves, CBS News executives and “cultural issues at all levels of CBS.”

A CBS News insider told CNN’s Brian Stelter that Fager could be placed on leave until the outside investigation is completed. “Multiple staffers told me that they don’t see how Fager can remain in the job,” Stelter wrote.

Reps for Fager and CBS did not respond to multiple requests for comment from TheWrap.

According to CNN, “60 Minutes” had been on a summer break when the New Yorker story broke and returned to work on Wednesday — with Fager himself slated to return on Monday.

The storm clouds are clearly circling for Fager, a three-decade veteran of CBS who served as chairman of CBS News from 2011 to 2015.

Deep in his New Yorker piece about Moonves, Ronan Farrow reported that six women had accused Fager of touching employees in “ways that made them uncomfortable,” often while intoxicated at company events.

In addition, Farrow cited 19 current and former CBS employees who said that the “60 Minutes” boss “allowed harassment in the division.” Farrow’s piece also said that Fager “protected” other men at the company who were accused of sexual misconduct.

In a statement to Farrow, the “60 Minutes” chief denied the accusations of personal impropriety.

“It is wrong that our culture can be falsely defined by a few people with an ax to grind who are using an important movement as a weapon to get even, and not by the hundreds of women and men that have thrived, both personally and professionally, at ’60 Minutes.'” he said.