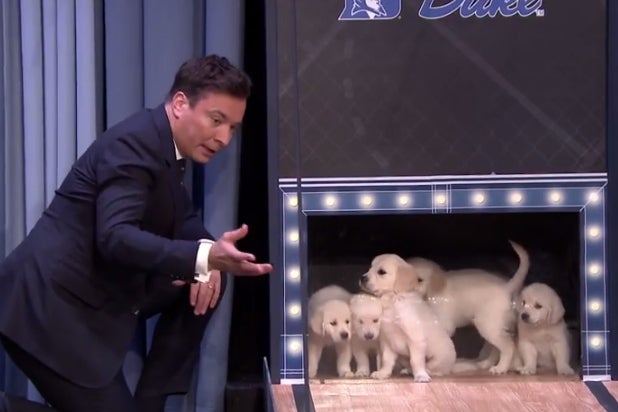 Congratulations is in order to Michigan State: The NCAA Tournament is now the Spartans’ Final Four to lose, at least according to Jimmy Fallon‘s puppies.

“The Tonight Show” host used his scientific prediction machine — four bowls of kibble and seven young pooches — to determine who would hoist the trophy at the end of the tourney. Spoiler alert: Kentucky’s historic undefeated season is soon to come to a disappointing end.

With three out of seven puppies attending, Tom Izzo’s team in green was the most popular food dish. Wisconsin had the second most baby canines, while Duke received zero votes and doggy mouths.