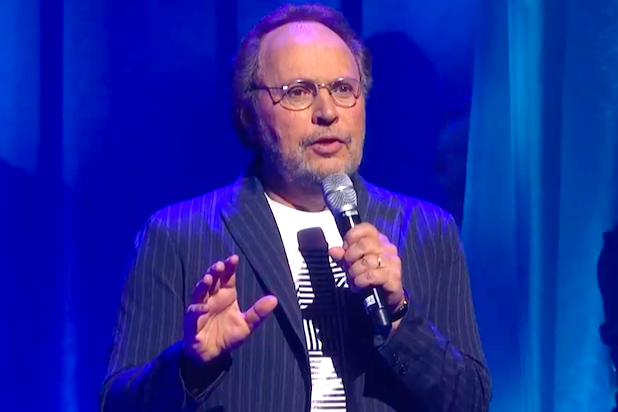 Hillary Clinton’s star-studded Broadway benefit on Monday night was an exercise in the ultimate Trump takedown.

The Broadway extravaganza — featuring the likes of Julia Roberts, Lin-Manuel Miranda, Jake Gyllenhaal, Hugh Jackman, Sarah Jessica Parker, Matthew Broderick, Emily Blunt, Neil Patrick Harris and Helen Mirren among others — was jam-packed with some of the best anti-Trump zingers, many of the courtesy of the event’s emcee, Billy Crystal.

Here are the night’s seven Trump jokes that are sure to turn the orange candidate turn red-hot.