Tina Fey‘s latest comedy-drama “Whiskey Tango Foxtrot” opened to $7.6 million, marking one of the actress’ lower-grossing movies in her career.

Produced on a budget of $35 million, the Paramount film co-starring Margot Robbie, Martin Freeman, Alfred Molina and Billy Bob Thornton fell short even after pre-release tracking pegged an opening more in the $8 million to $10 million range.

“It was definitely a kind of surprise considering she’s one of the most recognizable comedians working today,” Exhibitor Relations senior analyst Jeff Bock told TheWrap. “Even her commercials are funny.”

And while the film has yet to open internationally, experts cite several reasons for the film’s disappointing return so far. 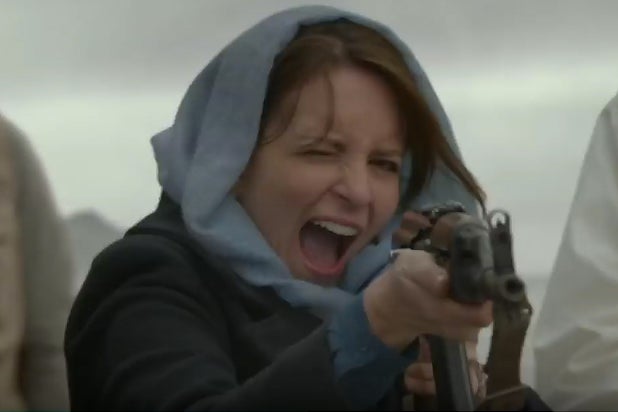 “Whiskey Tango Foxtrot” is based on Kim Baker’s memoir “The Taliban Shuffle: Strange Days in Afghanistan and Pakistan,” which follows her experience covering the wars in both countries for an American broadcast network. In the film, you see bombs exploding and people dying and audiences get a closer glimpse of the troops’ difficulties in the war zone.

“It has everything to do with the subject matter which they tried to mask in the advertising of the film,” said Bock. “That kind of drama is hard to laugh at.” 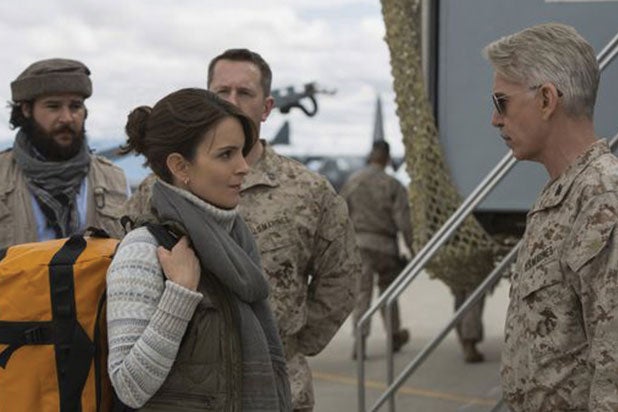 The film was marketed as a comedy, but it’s more of a dramedy that mixes the intense subject matter with funny one-liners that are quickly masked by wartime reporters getting hurt or a bomb wrecking a city.

War-based comedies have had trouble resonating with audiences in recent years, as Bill Murray‘s “Rock the Kasbah” proved last fall. 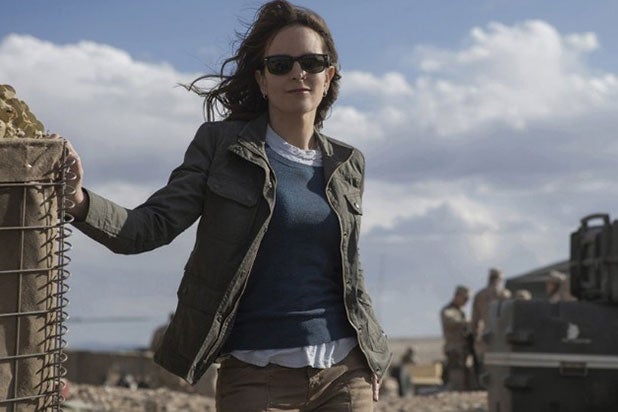 Apart from some trailers, there was relatively little marketing for the film — and much of it focused on the comedic aspects. The film had little to no social media presence, overshadowed by talk for “Zootopia,” and the reviews for the film didn’t really help, either.

On Rotten Tomatoes, the film has a 61 percent positive score, many praising Fey’s performance within a serious genre but insisting that the film had nothing else going for it. The film received a B on CinemaScore.

Paramount did not respond to TheWrap’s requests for comment. 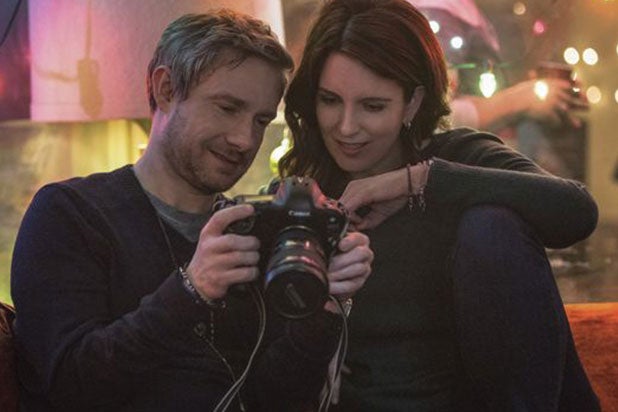 4. Tina Fey Was Outside Her Wheelhouse

Fey’s top three grossing movies have all been comedies (and that’s not even counting her voice role in the animated hit “Megamind”): “Date Night” with Steve Carell made $98.7 million; “Sisters,” starring Amy Poehler, grossed $86.9 million, and “Mean Girls” hti $86 million.

But “Whiskey Tango Foxtrot” marked her first starring dramatic role — a stretch that few comedic actresses have been able to manage with audiences. “I do think she’s treading new territory,” said Bock. “It’s a tough crossover, and it doesn’t happen often … When you bill yourself as a funny woman, that’s what audiences expect.”

In all of Fey’s previous big-screen roles, she’s been part of a larger ensemble (2014’s “This Is Where I Leave You” and “Muppets Most Wanted”) or shared the spotlight with a comparably famous co-star (Paul Rudd in 2013’s “Admission, Amy Poehler in 2008’s “Baby Mama” and last year’s “Sisters”).

Not every star can open a film on the strength of their own brand, of course, and “Whiskey Tango Foxtrot” suggests that Fey remains unproven in that regard. 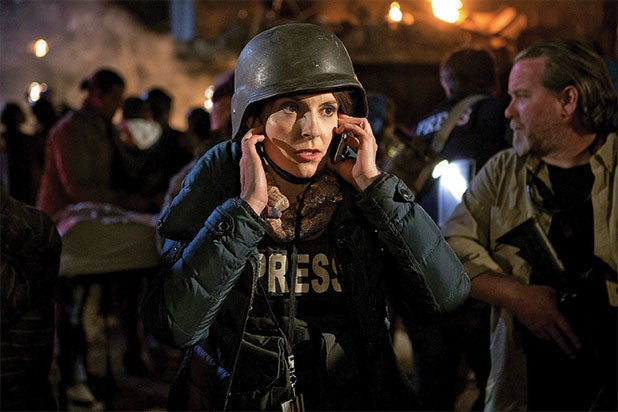 While March used to offer a box office lull, it has become increasingly competitive since “Hunger Games” opened in 2012.

That’s been proven true this month, with the mammoth $75.1 million opening for Disney Animation’s “Zootopia” as well as holdover business for last month’s surprise megahit “Deadpool,” which took in additional $16.7 million last weekend.

“It used to be a month where smaller films could finds their way, but now March has turned into a Gladiator-school in terms of blockbusters,” comScore senior analyst Paul Dergarabedian said. 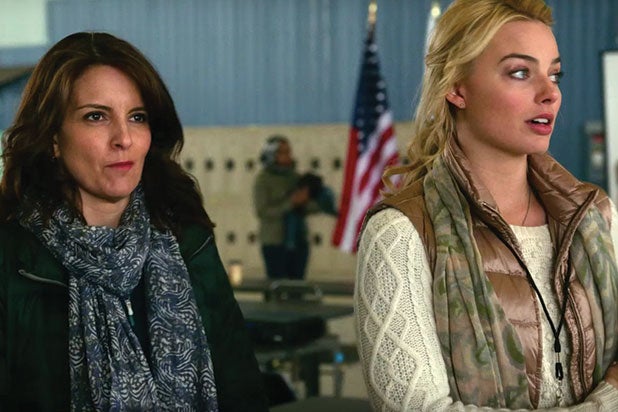 In military terms, “Whiskey Tango Foxtrot” spells out, “what the fuck,” a phrase that’s relevant to the film’s grim view of our overseas military efforts. But many average Americans are unfamiliar with the term.

“Titles are very important,” said Dergarabedian. “You look at something like ‘Deadpool,’ that doesn’t scream out like it’s a great title, but had a huge social media presence to explain what it was and what it is is about. ‘Whiskey Tango Foxtrot’ didn’t have that.”

He added, “There is sometimes an identity crisis with movie titles that people don’t really get.”