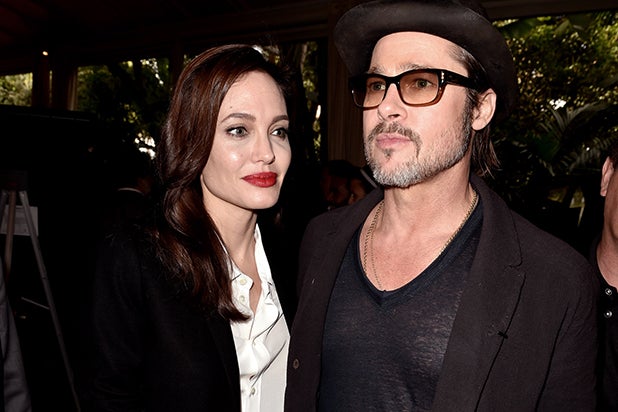 The Supreme Court of the United States ruled on Friday that same-sex marriage is a constitutional right for every American, regardless of what state they live in.

Brad Pitt and Angelina Jolie, Kristen Bell and Dax Shepard and other straight Hollywood couples have long voiced their support of gay marriage, going as far as saying they themselves wouldn’t wed until everyone could.

“I don’t want to get married because right now the institution of marriage feels very one-sided, and I want to live in a country where we all have equal rights,” said Charlize Theron in 2009.

Marriage equality, now the law of the land, has been a victory years in the making.

While Hollywood took to social media to celebrate the ruling, we take a look back at the straight Hollywood couples who publicly voiced their support of gay marriage by vowing to delay their own nuptials.

While she was still dating actor Stuart Townsend in 2009, Theron made it clear she would not marry until everyone could.

“I don’t want to get married because right now the institution of marriage feels very one-sided, and I want to live in a country where we all have equal rights,” she said during an appearance on “The View.” “I think it would be exactly the same if we were married, but for me to go through that kind of ceremony, because I have so many friends who are gays and lesbians who would so badly want to get married, that I wouldn’t be able to sleep with myself.”

Theron has since split with Townsend.

Hollywood’s most famous couple had long abstained from marriage, and in 2005 Pitt said, “To be in love with someone and be raising a family with someone and want to make that commitment and not be able to is ludicrous. Just ludicrous.”

They have since tied the knot, but not until 2014, when California and other states had passed laws allowing gay marriage.

The “Girls” creator, who is dating fun. lead singer Jack Antonoff, has said she will hold off on her own nuptials until marriage equality is established.

“We’re not going to have a party when half of our friends … can’t do that thing we’re doing,” said Shepard to CNN in 2012, when the couple was engaged. “We’re not going to ask them to come celebrate a right they don’t have. That’s just tacky! Forget like anything else, it’s like really tacky for us.”

The couple tied the knot in 2013, after gay marriage became legal in California, where they reside.

The comedian, who is currently dating her “Masters of Sex” co-star Michael Sheen, is the latest celebrity to come out to say she won’t get married until everyone can — what great timing.

“I love when my friends get married and I’m so happy for them,” she said on “Ellen” earlier this month. “But I just don’t understand the instinct to want to join a club that is elitist. I mean it’s like joining a country club that doesn’t allow Jews or black people. What’s the difference?”