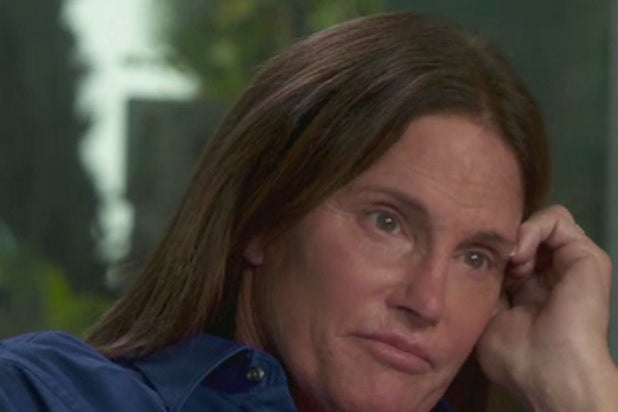 NBCUniversal Cable Entertainment wrapped up TV upfront week from New York City’s spacious Jacob Javits Center. The space was a simple-but-cool environment for media buyers and reporters to bid farewell to the May madness.

NBCUni Cable Chief Bonnie Hammer boasted the biggest event of the year — at least from a talent standpoint. A ton of stars from both scripted and reality shows made dramatic entrances on the trademark E! red carpet, but far fewer hit the stage to plug their content.

The buzziest breakout moment of the presentation came courtesy of a Bruce Jenner documentary teaser, which was filmed specifically for today’s event.

See details of the Jenner sneak peek and 6 other things TheWrap saw and heard at the NBCUni Cable Upfront.

Strength in Numbers
NBCUniversal Cable Entertainment boasted 168 members of its vast talent pool was in attendance at its upfront, which group chief Hammer beamed was by far the largest of the week.

Having attended all the competition’s events, we would tend to agree with her claim — and then some. If size truly matters — something that seemingly all the executives at the year’s final upfront stated — then no problems here.

Red Carpet Ross
NBCU Cable includes E!, so why wouldn’t they have a live, televised red carpet going at their upfront? Naturally, Ross Matthews and Maria Menounos held down the crimson-rugged event, interviewing their colleagues one-by-one as media buyers and reporters found their seats.

Guests ranged from the Kardashian family to Hulk Hogan, to “The Royals” stars to “Sharknado’s” Ian Ziering, showing off the diversity of NBCUniversal Cable Entertainment’s programming — a main theme of the entire event.

Small Screen on the Big Screen
NBCU Cable’s upfront boasted a massive 180-degree screen — the best we’ve seen at the 2015 upfronts. The wraparound horsehoe-esque experience appeared to be made up of 13 individual massive slanted screens. It was cool, just take our word on it. That’s all on this one.

By the way, Javits Center, can we come back for Super Bowl 50? Oh wait, that’s CBS.

“Playing House” Ladies Break Down the Alphabet
The funny women of USA’s “Playing House” filmed an educational video to help upfront attendees understand all of the acronyms that have been shoved down our throats daily since the NewFronts kicked off.

The first was “TVE” — or TV Everywhere — which Maggie Caruso (Lennon Parham) described as viewing the “Kardashians” while enduring a Brazilian wax. Partner Emma Crawford (Jessica St. Clair) promised advertisers that the intimate primping would take more than enough time for her co-star to get through their full commercials. You know, because she’s apparently unkempt. The private parts jokes continued from there in the silly-but-entertaining sketch.

The duo had the most fun when the sexual-sounding “dynamic ad insertion” came up. The audience appreciated the playfulness.

Data, Data, Data
It felt like anyone who is on NBCU Cable’s payroll took place in what felt like this week’s 100th “data” half-explanation/half-spoof pre-taped skit. The real truth about data is this: It’s always existed, every network and service measures — there are just new ways to drill down in 2015. In 2016, there will be additional methodologies and measurements.

Welcome to the year’s buzzword; sorry, “programmatic,” you come in second.

NBC’s Ad Sales Queen Rips the New Kids
This year, the NewFronts took a little wind out of the sales of TV’s upfronts — and perhaps the two biggest 2015 winners were Facebook and Google’s YouTube. The two massive media platforms certainly stole a huge chunk of money from traditional linear TV, and some aren’t taking it lying down.

Saleswoman extraordinaire, NBCUniversal Ad Sales President Linda Yaccarino, isn’t scared. She even offered some fighting words to the platforms that the kids are tuning into: “Facebook and YouTube are neither substitutes nor surrogates,” she insisted to the commercial-makers in the crowd.

Tell that to their checkbooks, Linda.

“I think I can help the transgender community,” Jenner said in the clip, which was recorded on May 7 in Malibu specifically for the NBCU Cable upfront. “You’re going to see the good times and the bad times.”

“But together, we are going to move the world’s conversation forward,” the gold medalist continued. “I hope you will join me.”

“I can’t wait to introduce her,” Jenner said. “My story, coming in July”