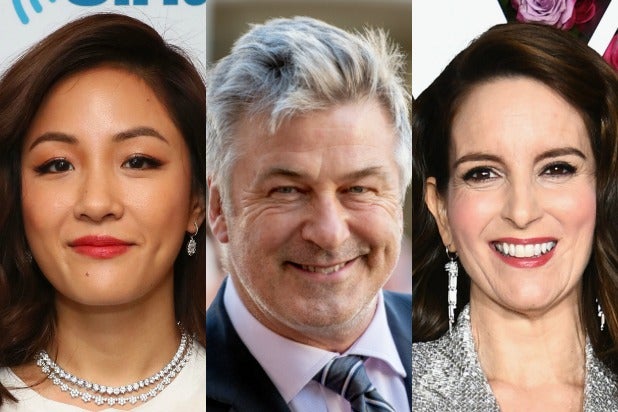 The presenters for the 70th Emmy Awards were announced on Thursday, with some new faces set to take the stage to hand out the iconic statuettes on Sept. 17.

Many of them are also nominees themselves, including Brosnahan for her breakout role on “The Marvelous Mrs. Maisel” and Oh for British crime drama “Killing Eve.”

Also Read: Inside Netflix's Historic Upset of HBO for Most Emmy Nominations

As for the shows they will be handing over golden ladies too, “Game of Thrones” took the TV Iron Throne with 22 nominations for the 2018 Emmy Awards, the most for any show — edging out NBC’s “Saturday Night Live” and fellow HBO drama “Westworld,” grabbing 21 nominations apiece. Following behind was Hulu’s “Handmaid’s Tale,” which leaped from 13 nods in 2017 to 20 nominations for this year’s show.

For the first time, Netflix has surpassed HBO to earn 112 nominations and break the cabler’s 17-year streak of being the most nominated network.

“Saturday Night Live’s” Colin Jost and Michael Che will serve as co-hosts for the evening, and the show is executive produced by Lorne Michaels.

See the full list of presenters below (with more names expected to be announced closer to showtime).

The 70th Emmy Awards will air live from the Microsoft Theater in Los Angeles on Monday, Sept. 17 at 8/7c on NBC.