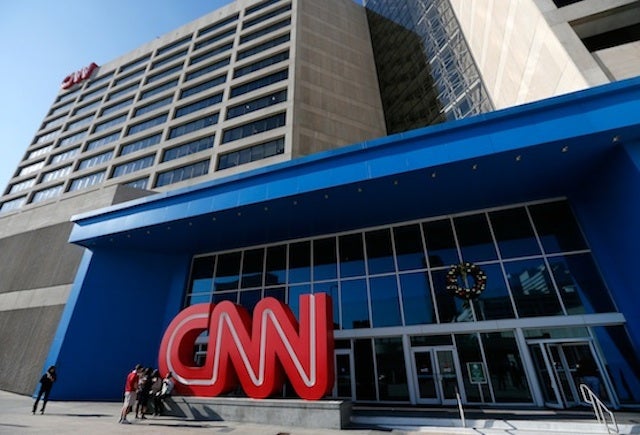 Are Chris Cuomo and Erin Burnett the next Matt Lauer and Katie Couric? Jeff Zucker hopes so. The new head of CNN seems to be trying to replicate the success of NBC's "Today," which he started leading in 1992, with a new morning show hosted by Cuomo and Burnett. He's again looking for a pairing of anchors who can be cheery, inviting and ready to pounce — all at once.

Cuomo, like Lauer, fills the everyman role. On "Good Morning America" and "20/20," he came off as middle-of-the-road, competent and nonthreatening. Burnett has the harder job. To match Couric, she'll need the former "CBS Evening News" anchor's mix of neighborly approachability and willingness to tear into any subject foolish enough to show up unprepared. (Just ask Sarah Palin.)

News of the CNN's morning plans came as the network's managing editor, Mark Whitaker, announced his exit Tuesday, saying Zucker deserved a chance to pursue his own vision.

That vision begins with mornings. It makes sense that Zucker would focus first on the part of the news day he knows best. "Today" is newly vulnerable after ABC's "GMA" began occasionally beating it in the ratings last season, and CNN badly wants to answer the success of "Fox and Friends" and MSNBC's popular "Morning Joe."

Zucker led "Today" to its ratings highs before Couric's departure for CBS and the subsequent exit of Meredith Vieira made it vulnerable to "GMA." Last month, he poached Jake Tapper from ABC News, with plans to give him his own show on CNN. On Tuesday, Turner Broadcasting posted LinkedIn job openings for a senior producer at a new daily program called "Tapper."

But he will have to focus on more than drawing on big names. Even as Latino voters helped swing the last presidential election and lawmakers are poised to consider immigration reform, he runs the risk of starting each day with a lineup that doesn't reflect the diversity of America.

One well-placed CNN employee told TheWrap that some within the company are concerned about a lack of diversity on CNN Worldwide's flagship network, especially if Latina host Soledad O'Brien is bumped. The employee said many want to avoid a "lily-white" CNN.

Cuomo and Burnett's new show looks likely to replace O'Brien's "Starting Point," which has failed to capture a large audience even as it has earned her praise for her hard-hitting interview style.

CNN did not respond to an inquiry about her future, and she was not included in a release announcing Cuomo's hire and the new show.

However, an unnnamed CNN representative told TVNewser: "Soledad is very important to the network, and we're discussing various options with her."

Among CNN's other hires is nine-year ESPN veteran Rachel Nichols, who is, like Cuomo and Tapper, a former member of the ABC-Disney family. But with the additions come a few notable exits. Whitaker, who resigned on Tuesday after two-and-a-half years, essentially acknowledged differences with Zucker when he noted the new leader's "forceful ideas about where to take CNN’s reporting, programming and brand."

Gone, too, are CNN contributors and pundit power couple James Carville and Mary Matalin, frequent commentators on the news channel who hosted the show "Crossfire" until 2005.

Zucker's reign at NBCUniversal was marred by poor entertainment decisions. But he received generally high marks for news, which will be his main focus at CNN.

"The best years of my career were spent as a journalist, and in news, and in some respects this is a return to a daily form of where I felt most comfortable and had some really successful years," Zucker told TheWrap in November. "There's no doubt I made mistakes in the entertainment world, and I own those. But I feel really excited about being able to return to daily news both on television and in digital."

The biggest coup for Zucker might be bringing back Couric, who now hosts her own daytime talk show. He executive produced it, before leaving to take the CNN job.