Like Shannen Doherty, Shelley Long, Suzanne Somers and Valerie Harper before him, Jon Gosselin suddenly finds himself written out of a hit TV show.

TLC Tuesday announced that it was revamping "Jon & Kate Plus Eight," dramatically cutting back Jon Gosselin's involvement in what will now be known as "Kate Plus Eight." Gosselin won't disappear completely from the show, but he'll no longer be a key figure. 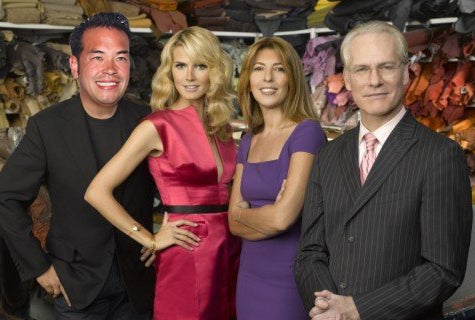 This is not necessarily a bad thing for J Gos -- he's now free to pursue all manner of media opportunities that didn't make sense as long as he was tied down to a family-friendly cable reality show.
Already, advice is pouring in from all corners of the world wide web on what Gosselin should do now. Entertainment Weekly's PopWatch blog today, for example, suggested a slew of career options,  including hosting a self-help show and volunteering as a park ranger (somebody's been watching Ken Burns' latest doc).
Other reality wags think papa Gosselin would be wise to avoid another TV show.
"Jon has never come across as the famewhore in the relationship, and that probably explains why he's being edged out: He's no longer interested in living his life on TV, because who needs TV when you have tabloids?" said Andy Denhart, whose Reality Blurred, the unscripted industry's unofficial bible.
"He probably could do something opportunistic like starring in his own VH1 dating series, or appearing on 'Dancing With the Stars,' where he'd easily be the biggest star. (But) it's probably a safe bet that he'll just fade away as he's even more marginalized on the new 'Kate Plus Eight'."
One top reality producer agrees, and thinks the best image rehab for Gosselin would be laying low. 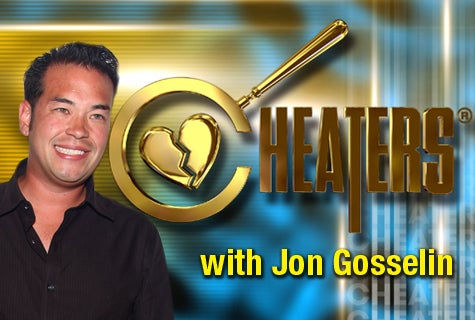 "Reality TV doesn't seem to be his thing, and it'd be refreshing to see someone walk away from it on their own," he said. "He'll be more respected for doing so, too."
Good advice, but if Gosselin wants to remain a productive member of the pop culture community, TheWrap thinks he be wise to stick to the small screen. With a little help from some friends on the Internets, we've come up with our own list of eight potential projects that might work for Gosselin:
-- "The Other Half, Redux": If Kate can team with Paula Deen for a syndicated ripoff of "The View," why can't Gosselin front his own daily chatfest, too? We propose a remake of "The Other Half," the short-lived "View" clone that featured Danny Bonaduce and Mario Lopez riffing on topics from a male POV.
We'd cast Roman Polanski, Kanye West and Rep Joe Wilson as Gosselin's fellow panelists. Imagine the fun when Bill Clinton stops by to discuss health-care reform but ends up trading war stories with Jon and Roman about the ladies in their lives.
-- "I Hope They Serve Beer in Hell: The Reality Show": Spike TV would be the best home for this unscripted take on Tucker Max's seminal book.
Each episode would feature Gosselin trying -- "Fear Factor"-style -- to outdo Max's outrageous  retrosexual adventures by living up to the credo on Max's website, in which he vows to "indulge every whim, ignore the consequences of my actions, mock idiots and posers, sleep with more women than is safe or reasonable, and just generally act like a raging dickhead."
Yup, Mr. Gosselin would be perfect.
-- "The Biggest Douche: Celebrity Edition": Mike Schneider, of the popular Franklin Avenue blog, proposes a spin-off "The Biggest Loser"  featuring Gosselin, Tucker Max and Joe Francis "as they struggle each week to shed as much douchiness as possible. In episode 3, a tearful Jon is forced to set his Ed Hardy shirts on fire.
"Potential problem: Production is halted mid-way through when Francis is once again arrested and  Gosselin's sister-in law reveals her torrid affair with Jon to OK!  Magazine," Schneider said. "Producers pull the plug in disgust."
--"Cheaters": Actually, this show -- in which jealous partners track down and confront mates they suspect of infidelity -- already exists. We think Gosselin would be a perfect field correspondent.
-- "The Bachelor": Yes, this is the obvious suggestion. No, there's no way in hell ABC would ever approve this, given Gosselin's high negatives with female viewers. But we agree with Movieline's Mark Lisanti, who Tuesday suggested via Twitter that the concept might work if Gosselin "has to have all the kids with him on every date. Especially if he goes hottubbin'."
More likely, Jon could star in "Gosselin of Love" for VH1. Special contestant Megan Hauserman  ("Megan Wants a Millionaire") gets a second chance to land a dream boyfriend.
-- "Project Runway: The Jon Gosselin Season": Blogger Ben Mandelker, of BSideBlog suggests Lifetime's reality show would benefit from having Gosselin as a judge  "for the long overdue Ed Hardy douchebag competition."
"Or Jon could be a judge on 'Shear Genius,' when the contestants must learn how to style cheap hair plugs," Mandelker proposes.  "Or he could join the cast of 'Deadliest Catch,' as I'm sure he knows much about crabs by now.  Booyah!"
-- "Dick in a Box": Gosselin, desperate to make a buck, decides to hop on L.A.'s trendy food truck trend by launching his own mobile hot dog restaurant. Rocco DiSpirito of NBC's short-lived "The Restaurant" serves as a special business adviser, instructing Gosselin on the best ways to self-destruct.
-- "Starting Over With Jon Gosselin": NBC's Bunim-Murray produced daytime strip returns, with Gosselin moving into a house with four other troubled divorcees attempting to understand why their lives are a wreck. Life coaches Rhonda Britten and Iyanla Vanzant try to get Gosselin to change his bad habits via charts, graphs and other assorted props.
Of course, there's one other suggestion numerous industry insiders had for Jon Gosselin's next big way.
"Just go away," said one network exec. "Please. Go. Away."
x
Looks like you're enjoying reading