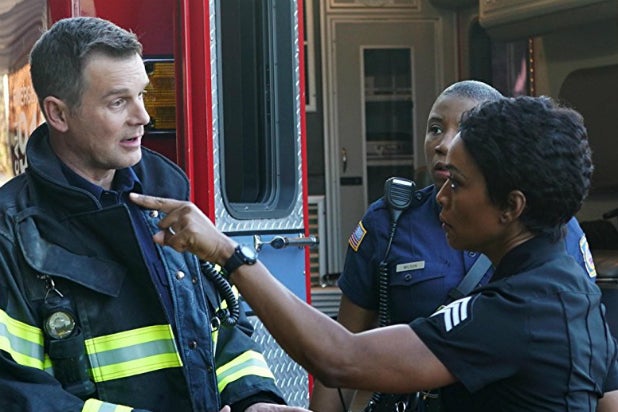 With the benefit of 72 hours-worth of delayed viewing, “9-1-1” has hauled in 10.5 million total viewers — that’s up 54 percent in the three days since the Ryan Murphy show started. The last series premieres to pull in more eyeballs were Fox’s “Lethal Weapon” and ABC’s “Designated Survivor,” which both began on September 21, 2016.

Among adults 18-49, the Peter Krause-Connie Britton-Angela Bassett vehicle jumped 50 percent, growing from a solid 1.8 in Nielsen’s Live + Same Day ratings to a 2.7 in Live + 3 numbers.

Also Read: Ratings: 'The X-Files' Crashes Back Down to Earth With Latest Premiere

“9-1-1” also fared well on non-traditional platforms: Hulu and the Fox Now app added another 705,000 viewers, making the show Fox’s most-streamed drama debut in more than three years. The last one to start hotter there was “Gotham,” which bowed to 865,000 streaming viewers.

On the upcoming Episode 102, a night at an amusement park takes a deadly turn when a rollercoaster malfunction leaves lives hanging in the balance. Abby is relieved after getting some help taking care of her mother and tentatively reaches out to Buck, who is struggling with the “life or death” nature of the being a firefighter. Meanwhile, Athena and Hen respond to an unusual home invasion and a couple’s dispute leads to a dramatic rescue for Bobby.