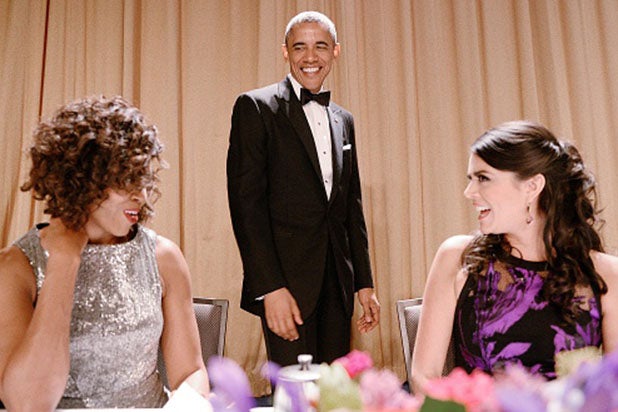 Donald Trump, a big target of President Obama at the 2011 White House Correspondents’ Dinner, got off light on Saturday night. But few other Republican or Democratic presidential candidates escaped the President’s wrath.

Even Vice President Joe Biden took a few hits at the annual gathering, which celebrates excellence in reporting on the White House and raises money for scholarships.

In a shot at Biden’s habit of invading others’ personal space, Obama joked that he loves the VP’s back massages. “Those Joe Biden shoulder massages are like magic. You should try one.” [Pause.] “Oh, you have?”

Here are nine of the President’s best one-liners aimed at current and past presidential candidates.

1: On Hillary Clinton: “I’ve got to stay focused on my job, because for many Americans, this is still a time of deep uncertainty. For example, I have one friend — just a few weeks ago, she was making millions of dollars a year. And she’s now living out of a van in Iowa.”

4: On Jeb Bush:  “Let’s face it. There is one issue on every reporter’s mind and that is 2016.  Already, we’ve seen some missteps.  It turns out Jeb Bush identified himself as ‘Hispanic’ back in 2009. Which you know what? Look, I understand. It’s an innocent mistake. Reminds me of when I identified myself as ‘American’ back in 1961.”

6: On Rick Santorum: “Rick Santorum announced that he would not attend the same-sex wedding of a friend or a loved one. To which gays and lesbians across the country responded, that’s not going to be a problem. Don’t sweat that one.”

7: On Mike Huckabee: “Mike Huckabee recently said people shouldn’t join our military until a true conservative is elected President. Think about that. It was so outrageous, 47 Ayatollahs wrote us a letter trying to explain to Huckabee how our system works.”

9:  Obama’s best line was directed at former Minnesota Rep. Michele Bachmann: “Just this week, Michele Bachmann actually predicted that I would bring about the biblical end of days. Now that’s a legacy!  That’s big. I mean, Lincoln, Washington — they didn’t do that.”

Watch the video of the President’s routine below.