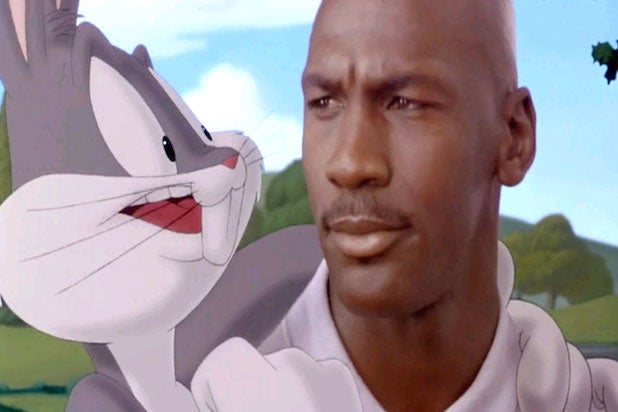 Michael Jordan It's only fitting that the greatest basketball player in history would star in the biggest basketball film of all time. His Airness plays himself in "Space Jam" as he comes out of retirement to save the Looney Tunes from being kidnapped by giant aliens. 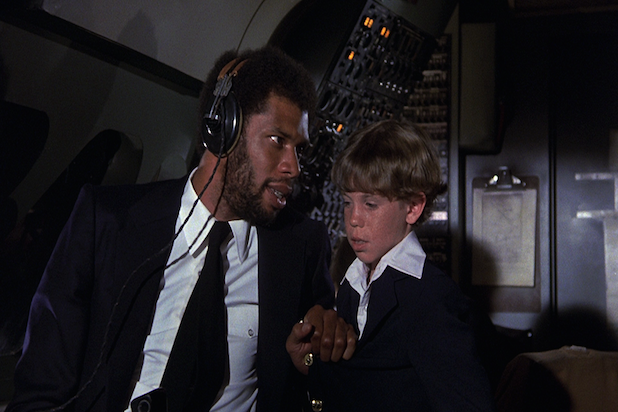 Kareem Abdul-Jabbar After pretending to just be an airline pilot named Roger Murdock in "Airplane!," the famous basketball player angrily responds to one of his critics in the form of a young boy in one of the film's many zany moments. 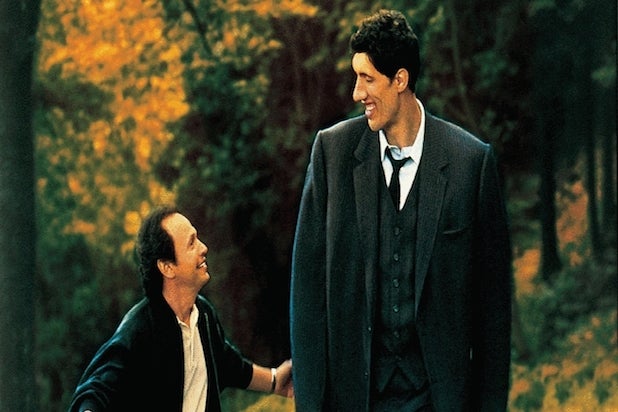 Gheorghe Muresan For 1998's "My Giant," Billy Crystal cast NBA center Gheorghe Muresan for the role of Maximus, the titular big man. Crystal plays a huckster who tries to use Maximus' height for his personal advantage. Crystal based the film on the relationship he developed with Andre the Giant while filming "The Princess Bride." 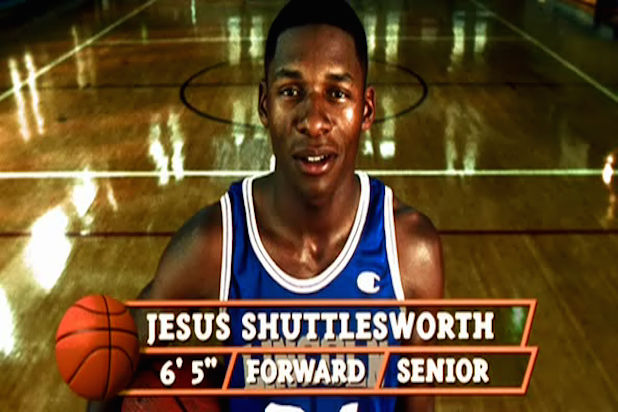 Ray Allen Just two years into a record-breaking career, Ray Allen turned in a critically-praised performance in "He Got Game" as Jesus Shuttleworth, a high school senior who is pressured by his father (Denzel Washington) into playing for a certain college that can pull some strings and get him out of prison. 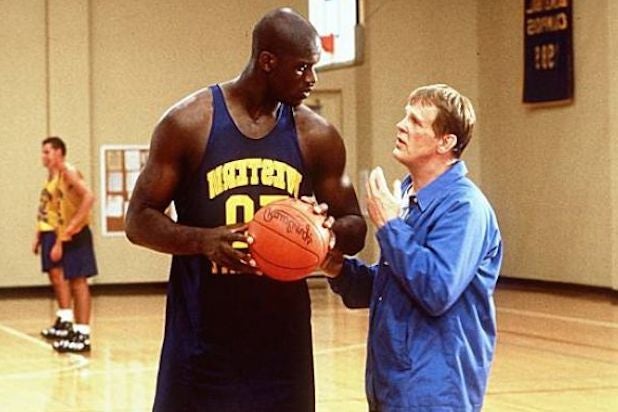 Shaquille O'Neal Shaquille O'Neal has played a genie ("Kazaam") and a superhero ("Steel") as well as cameoing in many of Adam Sandler's comedies. But he got his start by playing a college basketball player in 1994's "Blue Chips," acting opposite Nick Nolte as his coach. O'Neal was nominated for a Razzie Award for Worst New Star for his performance. 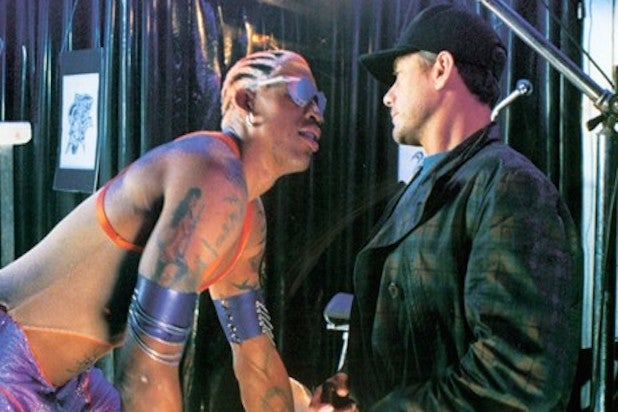 Dennis Rodman Hollywood took one glance at Dennis Rodman and decided, "There's a star." The Chicago Bulls forward starred with Jean-Claude Van Damme in 1997's "Double Team." The acting may have been subpar, but the writers were able to mix it in with some truly awful one-liners. Rodman won three Razzie Awards for his performance in the film. 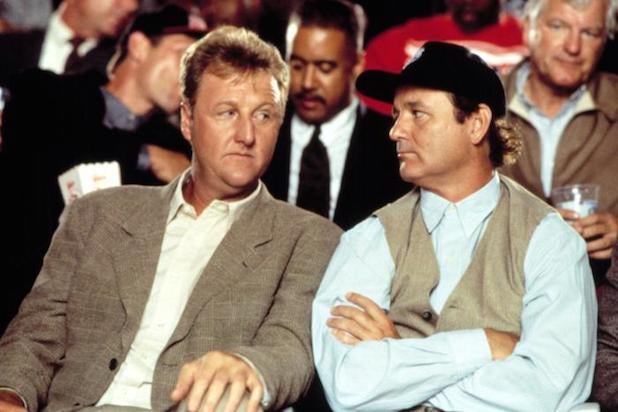 Larry Bird One of the NBA's all-time greats appeared as himself in "Space Jam," wisely telling Bill Murray that he should stick with acting and give up his basketball dreams. Bird also cameoed in "Celtic Pride," which starred Daniel Stern and Dan Aykroyd as die-hard Celtic fans who kidnap an opposing player to help their team. 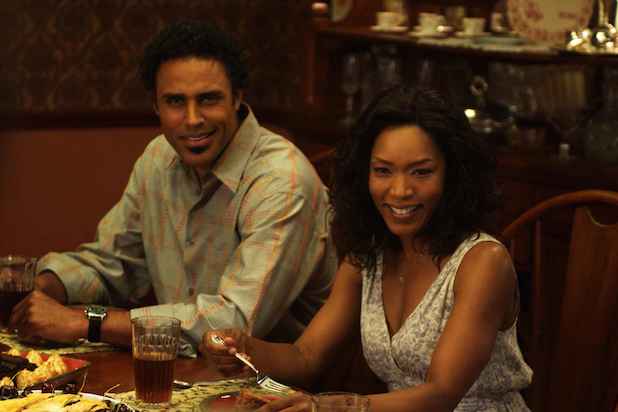 Rick Fox Arguably the player with the most successful transition from the court to the big screen, Rick Fox has participated in films ranging from "He Got Game" to "Meet the Browns," as well as playing a baseball player in a memorable cameo from "Holes." 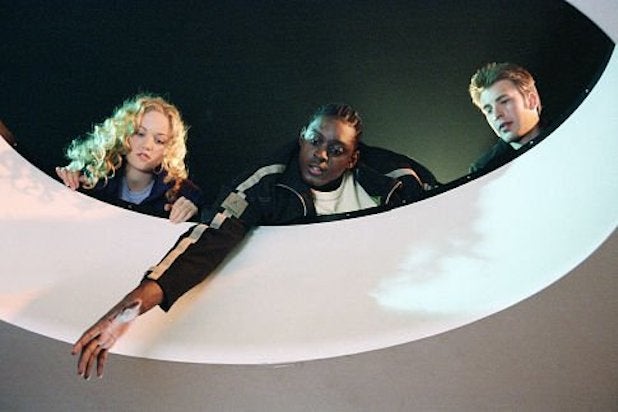 Darius Miles Drafted out of high school, Darius Miles rode his early NBA stardom to a role in "The Perfect Score." Acting alongside Chris Evans and Scarlett Johansson, he played a high school basketball player who was desperate enough for a high SAT to join a band of students intent on stealing the answers.