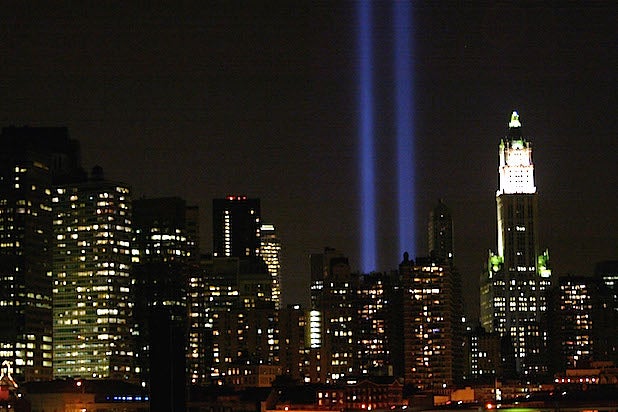 It’s been 15 years since the horrific terror attacks of September 11, 2001 — a tragedy that America will never forget, but Hollywood can’t quite decide how to remember.

We have books and documentaries, and news footage that still feels too fresh. But we don’t have a definitive 9/11 movie — one feature film that’s held up as the most reliable source of cinematic art, accurately reflecting the scope of the attacks with emotional authenticity. The kind of film parents and teachers could show children to help them understand.

“In a weird way, 9/11 is hands-off, where almost every other human tragedy is OK,” said Jeff Bock, senior analyst at Exhibitor Relations.

Documentaries, like 2002’s “9/11,” have captured the day in a way scripted films have not. The dramas that have come closest to reflecting our feelings around 9/11, like Paul Greengrass‘ 2006 drama “United 93,” have a documentary feel.

But that film, which was nominated for two Academy Awards, tells just one part of the story — what happened on the terrorist-hijacked flight that ultimately crashed in a field near Shanksville, Pennsylvania.

Oliver Stone‘s “World Trade Center,” starring Nicholas Cage, was one of the first widely released films to directly address the attacks. It also came out in 2006 — “and even that seemed too soon,” said Bock. The film earned a respectable $163 million worldwide.

Like “United 93,” “World Trade Center” focused on one aspect of the tragedy — the fate of first responders trapped in the rubble. No 9/11 film captures the scope of the horror the way “Schindler’s List” attempted to do for the Holocaust, or “The Deer Hunter” did for Vietnam.

“The events that inspired ‘The Deer Hunter’ and ‘Schindler’s List’ were over and done with by the time those movies were made,” one studio executive told TheWrap. “The events that precipitated and caused 9/11 are still ongoing, and some would argue that they are escalating (Paris, Nice, etc).”

The executive requested anonymity in exchange for his blunt assessment of why studios tend to steer clear of the topic.

“The issues behind the violence of 9/11 are so much more complex,” said the executive. “I don’t think there is a point of view on 9/11 that lends itself to feature filmmaking.”

Kathryn Bigelow‘s “Zero Dark Thirty” earned multiple Oscar nominations in 2012, earning one win for editing. 9/11 served as the backdrop of the film, looming in every scene, but the day itself was only briefly — and painfully — touched upon.

“Extremely Loud and Incredibly Close” came out that same year. Starring Tom Hanks, Thomas Horn and Sandra Bullock, the film about losing a loved one in the attacks earned a Best Picture Oscar nomination — but it did relatively poorly at the box office, and opened to mixed reviews.

Sensitivity is also a major factor.

“I just don’t think studios want to feel like they’re making money off that particular event in history,” Bock said. “It feels like so much of a nightmare scenario, played out on American soil, that most people probably want to forget and heal from and move on.”

“It’s still too soon,” said Carolyn Stone, a New York-area public relations and marketing expert who represents firefighters and other first responders. “This is not a war story set in a distant, foreign land.”

“We don’t need movies to re-live this when we still have gaping holes in our lives where friends and relatives and co-workers used to be.”

If we look to history, Hollywood seems to have taken a similarly cautious path with Pearl Harbor. The Japanese air attack on U.S. troops off the coast of Oahu, Hawaii, happened on Dec. 7, 1941. “From Here to Eternity,” which didn’t arrive until 1953, covers life on a Hawaiian Army base before the fateful attack and is most remembered for Burt Lancaster and Deborah Kerr’s passionate embrace in crashing ocean waves.

It would be 60 years until Ben Affleck and Kate Beckinsale starred in Michael Bay‘s Hollywood retelling of the attacks in “Pearl Harbor.” Ironically, that film came out just three months before 9/11.

“First responders were real heroes that day,” she said. “There’s no need to fictionalize them or build them up beyond what they are.”