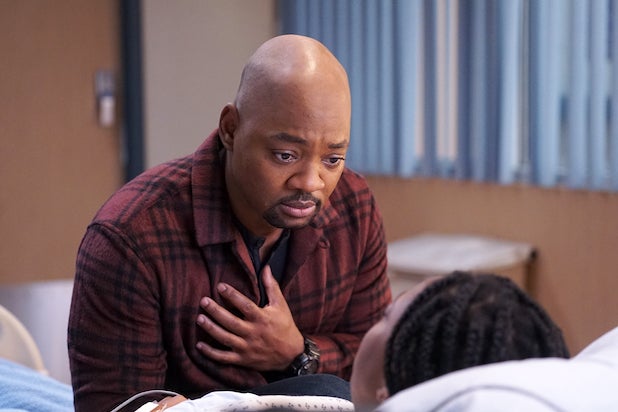 Paul Strickland (Brian Michael Smith) and his family learned a lesson about the importance of simply talking to each other on Monday’s “9-1-1: Lone Star.” The 126 member found out that his younger sister isn’t transphobic, as he believed, but rather has been angry and confused about the loss of her “sister” since Paul came out as trans when his now-young-adult sister was 9 years old.

Smith told TheWrap how significant the episode, titled “Everyone and Their Brother,” was to him in particular as a trans actor, who has dealt with complicated changes to close relationships in his own post-transition life.

“I had a nice Zoom with the writers and we talked all of this out,” the “9-1-1: Lone Star” actor said. “And something that I appreciated, as an artist and an actor, I was trying to ask myself what can I bring to the world that nobody else can do and that hasn’t been seen before? And as a trans artist, we’ve seen people who are pre-transition or who are contemplating transition or early transitioning having conversations about coming out or actually coming out, the topic of disclosure, how they are going to tell their family members and what are their family members going to do. A lot of that we’ve seen before. And sometimes what’s lost is that people have a lot of different responses to the news. And a lot of what we’ve presented with is either full-on acceptance or full-out rejection based on bigotry and discrimination. But in real life, there’s all sorts of nuances in how people respond to things. And sometimes the response shifts over time.”

We learn at the top of the episode when Paul’s mother and sister come to town in a large RV they plan to drive all the way down through South America that Paul has a loving, warm relationship with his mother, Cynthia Strickland (played by guest star Cleo King), who has accepted him for who he is. But his younger sister, Naomi (Regina Hoyles), is cold when she greets him. Throughout the entire hour, they bicker about what’s best for their mother’s health, an attitude Paul believes comes from Naomi being bigoted about his trans status.

It’s not until the end of the episode when he rushes to the hospital to find his sister has been admitted for an exacerbation of her multiple sclerosis that the two finally talk about how Paul’s transition affected not just him — but also her. Naomi tells her brother that she loved her big sister, idolized her and was too young to understand Paul’s transition. She was very upset over the “loss” of her sister when Paul came out and then left.

“Something that I really like about being able to play Paul is that he’s someone who is way beyond transitioned in terms of the physical and medical aspects of it. He’s what you refer to as post-transition, and it’s deeply embedded into his life, his true identity. But there’s still this lasting impact of his decision to live his authentic himself,” Smith said. “Even though there is acceptance, there has been some shifts in the relationships he’s had with his family members.

“We’ve seen what happens when you don’t have open communication or conversations about those shifts, where people don’t think they’re allowed to express how they feel,” he continued. “A lot of people don’t want to seem like they are bigots or that they are transphobic, so they mask the fact they have feelings of loss, feelings of grief, feelings of confusion. They feel like they can’t have those conversations. And I think that’s what his sister represents, and that’s an important voice to highlight and an important point of view to share with the world and to reflect. Because it’s happened often.”

Smith says that it has happened in his own life, “where people know deep down they still love their family member who is trans or LGBT. They still have the love, and they may not necessarily have a problem per se with whatever part of this person’s identity that has just been revealed to them or that they have just come to discover, but they do feel a sense of loss because the relationship is going to change and the way that the person identifies is going to change. And people need time to grieve, and it’s OK to grieve.”

Paul “had to take his journey,” Smith says, but this episode also shows “he had to be a little bit more mindful that his journey has an impact on people that he cares about.”

“What was great about this episode was that it definitely showed that, it gave space for the sister and her feelings and it’s a representation of people in families who have a loved one whose identity they might discover something different about them,” Smith said.

“But Paul also got a chance to own and hold his truth while holding space for his sister. He didn’t apologize for who he is, he didn’t apologize for the choice that he made in life — but he did apologize for what he needed to apologize for, which was not holding space for his sister’s feelings when she was younger. And letting her know that that didn’t come from a place of maliciousness, but from his own youth and his own lack of capacity at that moment in his life to walk her through that. He got a chance to explain during that moment in the hospital that he was young, and if he could do things differently, he would, but he’s always been someone who loves her and cares about her. And even though the idea that she had about who he was isn’t around anymore, the love that he has for her and who he is on an essential level is always there and is always going to love her and is always going to be a support. I thought that was so important to be clear and I felt like we really hit that in the episode.”