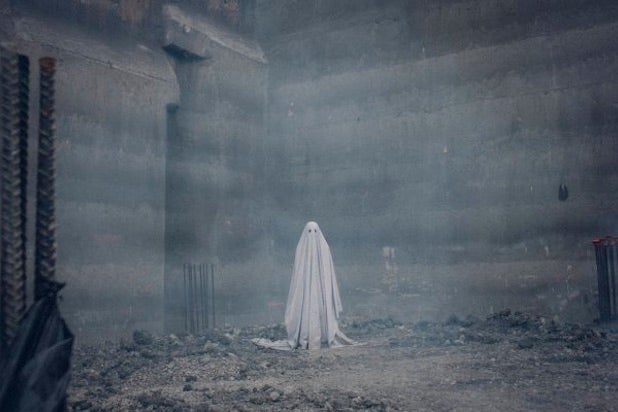 A24/Courtesy of the Sundance Institute

A24’s paranormal, philosophical “A Ghost Story” arrived in New York and Los Angeles for a four-screen opening and led the indie box office with a weekend-best per screen average of $27,012 and a $108,048 total.

The film marks Casey Affleck’s return to the big screen after winning the Best Actor Oscar for “Manchester by the Sea.” Written and directed by David Lowery (“Pete’s Dragon”), “A Ghost Story” stars Affleck as a man killed in a car crash who watches his wife (Rooney Mara) mourn his death and then wanders the house as years, decades and then centuries pass by. Toby Halbrook, James M. Johnston, Adam Donaghey are producers.

This weekend also saw the release of “City of Ghosts,” a documentary from Amazon Studios, IFC, and A&E Indie Films. Directed and produced by Matthew Heineman, who earned an Oscar nomination two years ago for “Cartel Land,” the film offers a chilling look inside the citizen journalist group Raqqa is Being Slaughtered Silently, whose members risk their lives to reveal the actions of ISIS in Syria. The film made $16,240 from its pair of screens for a PSA of $8,120.

Finally, Amazon/Lionsgate’s “The Big Sick” expanded to 326 screens and added $3.65 million in its third weekend of limited release. It now has a cume of $6.9 million, with its wide release coming this Friday.