Mariana Treviño, who portrays Marisol in “A Man Called Otto,” alongside Tom Hanks’ titular character, traces her character’s influence and positive impact on the central curmudgeon from the beginning of the film.

Marisol immigrated to the United States from Mexico, met her husband Tommy (Manuel Garcia-Rulfo), and moves their family of four to Otto’s neighborhood just in time. Marisol and Tommy, and their daughters Luna (Christiana Montoya) and Abbie (Alessandra Perez) brighten and challenge Otto’s routine.

“They just kind of roll in, you know, like the car. It’s very symbolic how the car just kind of barges into the neighborhood and it’s all over the place and it’s getting on the sidewalk,” Treviño told TheWrap. “This is the kind of expansive energy that they [bring] into the neighborhood, and into Otto’s life. [There’s] all this noise, but in doing that, we’re kind of breaking down the barriers a bit and in a good sense coming into his space to kind of connect with him.” 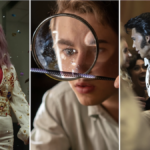 Also Read:
Final Oscar Nomination Predictions for an Abnormal Year at the Movies

Just as the pair provides balance to Otto’s rigidity, grumpiness and later layer of sadness as the story progresses, they also challenge Otto’s conceptions or rules and “the system.” Their portrayal of Latin immigrants also Americanizes the story.

“Tommy’s character is from El Paso and my character is Mexican, but she came here, and it’s trying to portray a reality that happened. That is an everyday reality. All the immigrants in this country come from different stories, backgrounds, and we’re all just trying to get into the system and trying to play along with the system, but without losing our identity,” Treviño said.

“I think this happens in the movie too. We share our identity with Otto, and he embraces it because it makes him feel good too. We’re contributing, in a sense, the warmth that we brought along. There’s something that is basic to the Latin American community, which is that we have this warmth and kind of easy, approachable personalities that I think play a part in the movie.” 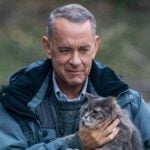 Garcia-Rulfo backed up Treviño with the comparison of how immigrants are forced to assimilate into America versus their more relaxed, laid-back behavior before they cross the border. The tiniest actions and details turn into strict commands and make border-crossers nervous, like littering, wearing seatbelts and adjusting the volume of music.

“I agree with what Manuel was saying, because it’s great that in the movie, it turns around like Otto, understands, a part of him, that he needs to be flexible,” Treviño added. “He turns around because it’s part of the process that you sometimes have to learn to bend a little bit, not the rules, but the limitations that one imposes on oneself in order to have a little more space to connect to life because life is oftentimes chaotic and we need to kind of bend along.”

Garcia-Rulfo has worked with Treviño before, and he says them being good friends built a good foundation for the couple’s chemistry in the film. 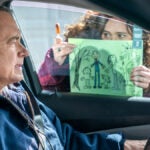 “We did talk about what was the dynamic of the marriage between these two. In the film, she wears the pants and she’s the boss,” he told TheWrap in the same interview. “I hate cliches, but like in Latin families, especially in my family, my mother. She says this, my father [does it].”

Tommy supports Marisol wherever he can, softening some of her more pointy edges.

“He’s so supportive of Marisol and her energy and he’s such a comfort spot. The family really revolves around both parents, but Tommy is the center. He’s such a sweet person and calm, and he manages to keep everything in place.” 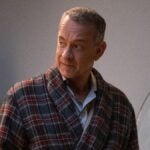