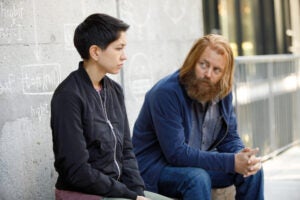 Why Disney Tied the Knot Between FX and Hulu

”Long before the coronavirus outbreak, there was widespread concern about the rise of a super-virus. So we tapped into that very real concern,“ AWA’s Axel Alonso tells TheWrap

A mysterious plague breaks out in Southern China, quickly infects tens of thousands, and then begins to spread across the world. It kills most of the infected. The Chinese government decides to nuke the entire region, but it’s not enough to stop the virus’ advance. It’s the end of the world. And then the virus just… stops.

Of the survivors, about 5% wake up to find themselves newly imbued with powers and facing a new existential challenge: What will they do with their newfound abilities?

Written months before the coronavirus emerged in Wuhan, China, this is the eerily contemporary beginning of Upshot Comics’ upcoming series, “The Resistance,” the origin of what the company’s executives hope will be a shared universe of superheroes capable of competing head-to-head with entertainment powerhouses Marvel and DC.

Upshot Comics is the main imprint of Artists, Writers and Artisans (AWA), a startup launched a little over one year ago by a cadre of comic book veterans and millions in venture capital from the likes of James Murdoch’s Lupa Systems, a media and entertainment-focused venture capital fund started in 2019.

“When the creative council convened…to discuss the origin of our universe, we agreed that we wanted to tap into the current zeitgeist,” AWA Co-Founder and Chief Creative Officer Axel Alonso told TheWrap. “Long before the coronavirus outbreak, there was widespread concern about the rise of a super-virus. So we tapped into that very real concern.”

Of course, there are major differences between the fictional virus, “XV1N1” and the coronavirus. In “The Resistance,” XV1N1 is considerably more lethal than coronavirus and results in the birth of the “Reborns,” a new species of humans with superpowers.

“It’s not just about Gotham City or Metropolis. It’s a global storyline,” creator J. Michael Stracyznski told TheWrap. “A lot of shared universes were contingent on a gimmick or device where everyone has the same uniform or organization. We’re looking at powers in fresh ways that no one’s ever done before, and it will bring people to us.”

AWA’s founders and backers hope that the new stories and fresh characters will draw interest from Hollywood.

“Everyone will tell you the Netflixes, Hulus and Amazons of the world are looking to purchase a ton of content, and there’s a ton of demand,” says Jeff Palker, managing director and partner at Lupa. “Most of the big franchises that have emerged out of film entertainment recently, a lot of them are based on characters from a long time ago — the ’40s, ’50s and ’60s — so this is a prime time to create new stories and characters that resonate with fans.”

Overall, Murdoch plans to invest as much as $1 billion in media and technology companies, according to the Wall Street Journal, via Lupa, and one of his first bets when he launched the fund in 2019 was a $5 million stake in AWA. Lightspeed Venture Partners invested an additional $5 million as part of a $10 million funding round for AWA. The success of these investments is contingent on AWA and its creators putting out a product that’s not just good, but capable of cutting through in a marketplace controlled by giant incumbent players.

“We’re seeing a striking number of these independent comic book startups,” Starlight Runner Entertainment CEO Jeff Gomez, a leading expert in multiplatform brand and story world development, told The Wrap. “The reason that these firms are taking in angel and venture capital today — when it would have been unheard of to back a new comics publisher only a few years ago — is Hollywood’s starvation for intellectual properties.”

Since Marvel and DC are already owned by larger conglomerates, AWA has an opening to sell its characters and IP to competing streaming services such as Netflix, Amazon Prime and Quibi, among others.

“While AWA doesn’t have to compete with Marvel and DC — this is not about grabbing the most market share at a couple of thousand comic book stores — the company does have some pedigree that allows for comparisons by level of the quality of stories and artwork,” Gomez, who has consulted on merchandising and transmedia production for brands including Spider-Man and Star Wars said.

The first real test will come on March 18, with the release of AWA’s core title, “The Resistance,” as well as other series including “Hotell,” “Red Border,” and “Archangel 8.” On the one hand, AWA still has to prove that there is an audience for their stories. And on the other, Gomez cautioned, they also have to prove that they can coordinate a large number of titles and brand themselves “as a coherent creative force.”

The AWA headquarters is a warren of cubicles and small offices on an upper floor of an office building on Broadway in Manhattan. Yet it only takes a few moments of talking with Alonso before you’re inundated with a flurry of illustrations and sketches for the worlds AWA is focused on building.

A veteran of the comic book industry, Alonso is the former chief creative officer at Marvel and helped steward some of the publisher’s biggest titles, such as X-Men, Captain America and Spider-Man. When Bill Jemas, Marvel’s former COO and publisher, approached Alonso about launching a new company with the goal of not only competing with their former employer, but prioritizing the writers, artists and creators in the process, Alonso jumped at the opportunity.

Also Read: Can March Box Office Survive the Coronavirus Scare in the US?

As a startup that’s building an entirely new shared universe, with a small executive team, Alonso argues they have an edge on the incumbent players.

“Without the corporate layers, you can be immediate,” he said. “You can react immediately to pop culture and to changes in the zeitgeist. Without the layers of approval, you can take chances, and you have the ability to be adroit and nimble.”

Jemas echoed his sentiments. He says the idea for AWA started from a place of wanting to supply “the kinds of creative that conglomerates like Disney or AT&T can’t or won’t,” and he sees AWA as not just “serving” but “maybe saving the comic book industry.”

When asked about why they believe AWA has a competitive edge over the likes of Disney-owned Marvel and AT&T-owned DC, Alonso, Jemas, Palker and Straczynski all point to two things: The company’s push to tell new, contemporary stories and their ability to attract star creators by offering more favorable terms.

“Back in the 1980s, for the first time in the history of sports, under David’s guidance,” he said, “the NBA began sharing revenues with players and focusing our efforts in building their public images, with results that are nothing short of spectacular.”

The equivalent in the world of comic books and comic book IP, Jemas and Alonso contend, is guaranteeing that their creators still have a stake in their work.

Whereas the industry has traditionally treated writers and artists on a work-for-hire basis, AWA creators retain a 20% stake in their intellectual property, which can mean potentially massive paydays if the company succeeds in doing deals with streamers. It also means that creators have substantially more creative control of their work, and Alonso takes a particular interest in stories and worlds that he believes would not even be considered at Marvel and DC.

Alonso cites an upcoming title, “Bad Mother,” which follows a suburban soccer mom’s battle against a female mob boss, as the sort of story the major publishers wouldn’t even consider.

“Our protagonist undergoes a transformation in the course of the story,” Alonso said. “Her transformation is more akin to that of what Walter White did in ‘Breaking Bad’ ….I love that book because it’s kind of post-feminist. It’s not commercial, but it’s a wonderful concept for a book.”

The high level of creative control, ability to tell edgier stories and opportunity to create an entirely new, sprawling shared universe, was what ultimately lured Straczynski back into the comic book game after a four-year sabbatical.

Straczynski previously worked on both Marvel and DC titles and created “Sense8” for Netflix and “Babylon 5,” which ran for five seasons in the 1990s and spawned several spin-offs since. Now he is charged with creating the universe and the core heroes which will form the foundation for AWA going forward.

“I wanted to explore — for lack of a better term — the democratization of power,” Straczynski said of “The Resistance.” “If there are 10 million people who get powers, that cuts across social lines, cultural lines, borders, the powerful and the dangerous, and allows us to tell stories of a different nature.”

These stories, he believes, will resonate more with younger generations of readers than the legacy stories from Marvel and DC.

“DC really came to power in the ’40s and ’50s, which were very much an authoritarian period of time after the Second World War,” Straczynski said. By the same token, “Marvel came along in the ’60s, which was very much anti-authoritarian. The X-Men are guys who are on the run from the government.” So in creating “The Resistance,” he looked for a new paradigm.

“There’s an important need in the current millennial generation that when you get any kind of advantage, you follow through on it ethically,” he said, adding that they are looking for fundamentally different heroes and stories. “They’re going to inherit a world of radioactive tin foil and their trajectory of jobs and careers is broken, and they have very little to lose. How would they approach superpowers? Would you use your powers to fight crime or to create beauty and create a world we’ve never seen?” 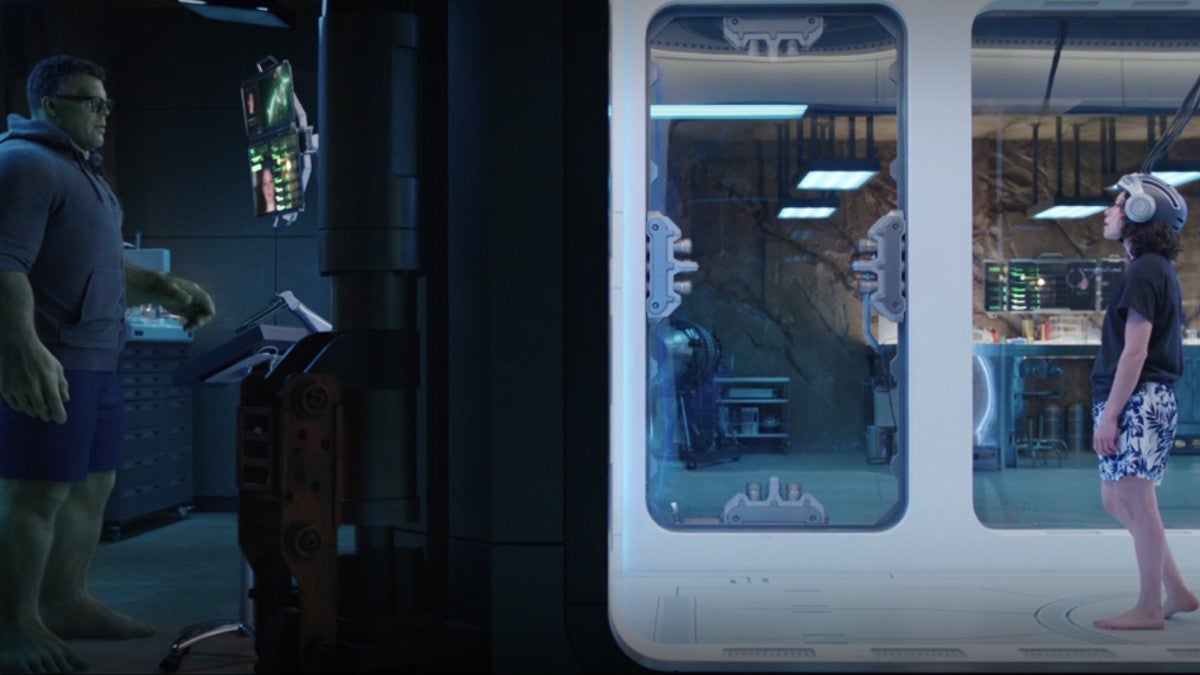 ‘She-Hulk: Attorney at Law’ First Trailer Is Everything You Hoped for and More (Video)