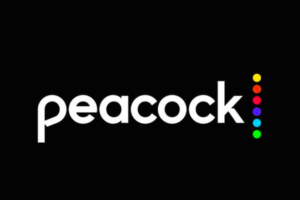 The growing presence of YouTube, Facebook and Mixer shows the importance of interacting with fans and generating a conversation around shared interests

Twitch, the Amazon-owned streaming service, has long worn the crown when it comes to video game streaming. But its reign is now being increasingly challenged by a number of deep-pocketed competitors, with several of Twitch’s biggest streamers recently leaving the service for its rivals.

They joined several other top streamers who left Twitch during the second half of 2019, including Tyler “Ninja” Blevins, who was Twitch’s biggest streamer with 14 million followers when he moved over to Microsoft’s Mixer in August. Michael “Shroud” Grzesiek, who had 7 million followers on Twitch, also moved to Mixer two months later. Facebook Gaming also has made significant gains of late, spurred, in part, by adding Hearthstone player Jeremy “DisguiseToast” Wang, pro streamer Corinna Kopf and Super Smash Bros. player Gonzalo “ZeRo” Barrios in the last few months.

Despite the upheaval, Twitch’s overall dominance has been only slightly dented.

When it comes to total hours spent live-streaming video games in 2019, Twitch held 61% of market share, according to new data shared by StreamElement, a company that provides tools and services to live content creators, in conjunction with Arsenal, another firm tracking streaming data. That’s down from the 67.1% of all video game streaming hours being spent on Twitch in 2018, but a chasm still remains between Twitch and its competitors. Google-owned YouTube Gaming narrowly edged up from 27.5% to 27.9% market share, while Facebook Gaming jumped from 3.1% to 8.5% between 2018 and 2019; Mixer went from 2% to 2.6% from one year to the next. 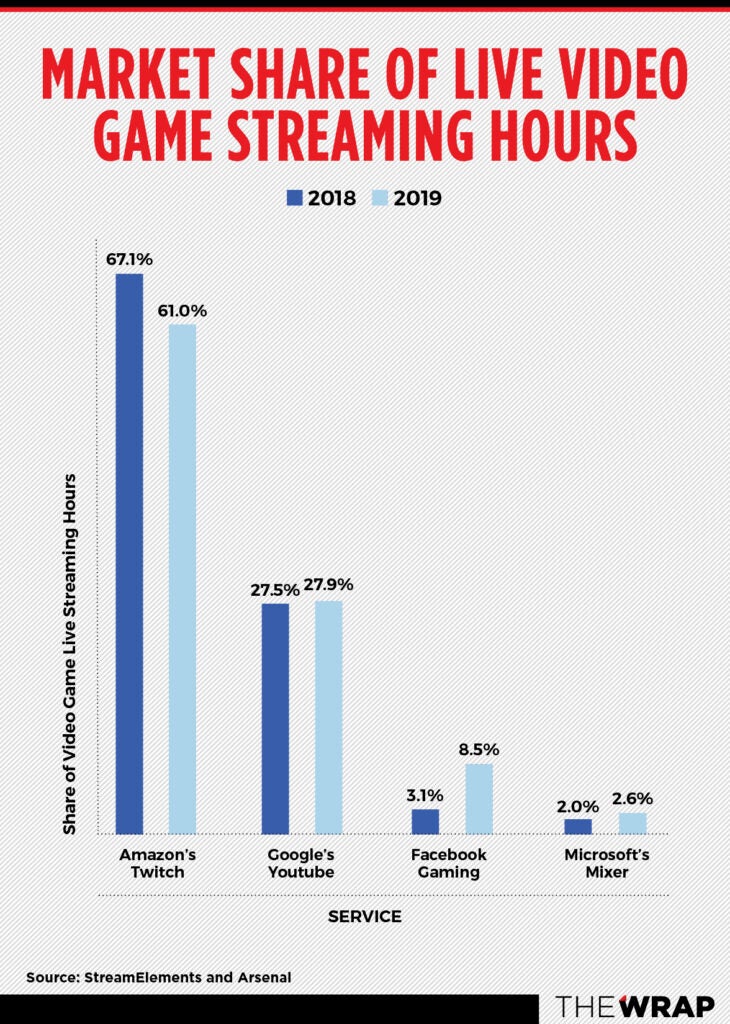 Should Twitch be overly concerned? Not exactly, according to StreamElement CEO Doron Nir. He said the total hours of content streamed on Twitch just increased 20% year-over-year. Rather, the “total pie” for video game live-streaming is “growing faster” — leading other competitors to grab a bigger slice for themselves.

Overall, nearly 1.2 billion hours were spent live-streaming video game content in December, per StreamElement and Arsenal’s research — marking a 12% increase from the same time the year before. (This does not include how many hours are spent streaming other forms of content on these services.)

The size of the contracts for these exclusive streaming deals are cloaked in mystery — but Mixer, YouTube and Facebook are likely shelling out big bucks. Many of Twitch’s top gaming personalities easily rake in seven figures annually, according to one longtime Twitch executive who left the company last year.

The same goes for the finances of these companies, with Google notoriously reticent to break out YouTube’s performance in its quarterly earnings reports. Twitch, Mixer and Facebook are also hesitant to share how their streaming is converting into ad and subscription revenue. Last week, though, The Information reported Twitch made about $230 million in ad revenue in 2018 and was on pace to bring in $300 million halfway through 2019.

That may be underwhelming compared to the tens of billions of dollars in sales Amazon makes each quarter, but these companies are betting on ad revenue growing substantially based on how frothy the overall gaming market is. As The New York Times recently reported: “The competition among tech giants and media companies also signals the importance of live-streaming in the $180 billion video game industry, which generates more revenue than movies and music.”

That’s one reason these services are so aggressively going after top streamers. To Nir, what makes these streamers especially attractive is they represent a fundamental shift in the celebrity-fan dynamic. It’s not just about streaming. It’s also about interacting with fans in their chats and generating a conversation built around their shared interests — helping to keep followers glued to these services for hours.

“This is a new era in terms of mass media, where the influencers we watch and the content creators we love, we have the ability to watch them and interact with them and have a conversation of them,” Nir said. “That’s never happened before in the history of mass media.”

But so far, poaching some of Twitch’s top streamers hasn’t necessarily translated into a major boost in streaming hours for their new services. This is expected, according to the former Twitch employee, who said it takes time for streamers to transfer their fans to new services. Right now, these deals are more important, he said, in terms of brand recognition. Instead of having advertisers think of Twitch by default, they’re now forced to consider its competitors.

“It’s going to take time,” for these services to truly rival Twitch, the former executive said. “But having these streamers on their platforms serves several purposes. They’re going to be used to help attract other streamers to come; they’ll be bringing more audiences over time, and one of the bigger things they’re doing right now is putting these platforms’ names into the conversation. So even though their market share hasn’t changed much, people are now talking about them like they’re equals.”