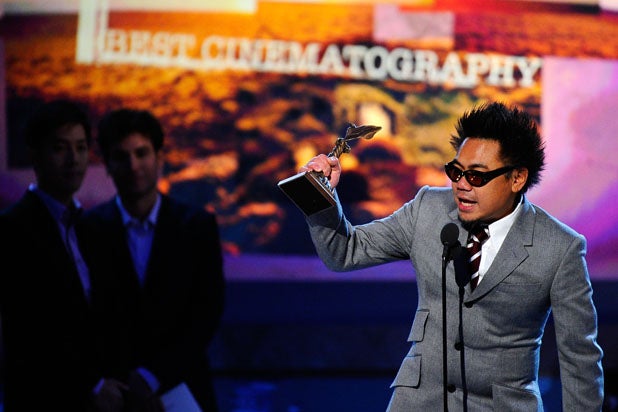 Matthew Libatique, an Oscar-nominated cinematographer who most recently worked on Bradley Cooper’s “A Star Is Born,” has reportedly been charged with the assault of medical first responders in Poland.

According to Polish news station TVN24 and as reported by the Associated Press, Libatique attacked paramedics and police called to a hotel in Bydgoszcz in Poland after he was seen staggering.

A paramedic suffered injuries and also has a broken tooth, Wiśniewski added. Police were then called to the scene, where Libatique attacked the officers, according to AP.

A police spokeswoman told AP that Libatique also had facial injuries, appeared intoxicated and was taken to a hospital. On Wednesday, he was charged with assaulting police officials, which the police spokeswoman said is an offense punishable by up to three years in prison, under Polish law.

Representatives for Libatique did not immediately respond for comment.

The incident occurred early Tuesday when Libatique was in Poland as a guest of the Camerimage film festival.

“Mr. Libatique was involved in an alleged incident that led to his detention and is being held on a potential charge of assaulting a police officer and a paramedic here in Bydgoszcz. This is now a legal matter that the EnergaCamerimage Festival is not in a position to discuss. We can make no further comments at this time,” said festival office manager Kazik Suwala in a statement to TheWrap.

Libatique is an Oscar-nominated cinematographer on Darren Aronofsky’s “Black Swan” and worked on this year’s “A Star Is Born” and “Venom.”