The Kate Mara- and Nick Robinson-led FX on Hulu limited series “A Teacher” launched its first three episodes Tuesday, kicking of a complicated story of sexual abuse between a high school teacher and her male student that will soon shift from the “fun and games of it all” you saw tonight throughout its 10-episode run, according to series creator Hannah Fidell.

“If you don’t see the rest of the show, you lose the context of why that’s important. So we’re on this journey with Eric [played by Robinson] and the first few episodes are this infatuation and he wants this to happen and that is the crux of the story,” Fidell, who adapted the TV series from her 2013 movie of the same name, told TheWrap. “Even if they are two consenting people, there is still an abuse of power that Claire [played by Mara] should have never allowed to happen. And yet, what happens when someone decides to throw all those societal rules away and just behave completely selfishly and in the wrong?”

“A Teacher” focuses on Eric and Claire’s illicit relationship throughout his senior year of high school, a plot that Fidell, a victim of sexual abuse herself, says is “titillating” for some. And that’s exactly why she wanted to tackle it.

Also Read: Kate Mara Knows 'A Teacher' Won't Be a 'Super-Easy' Watch: 'Comfortable Is Not the Word We Were Going For'

“That story [of an underage male student and his female teacher] is often romanticized and I think that’s a societal, cultural thing that we have. I’m not quite sure why that is,” she said. “But for our show, to me the fact that Eric is 17 when we first meet him and becomes 18, that creates even more of a blur and obscures the morality even further. Because obviously a student and a teacher being together is wrong — but, there are a lot of people in our society who find this to be titillating. So what we hope to do is force the audience to confront that cultural obsession and hopefully question why do we feel that these stories are OK to be told without showing the full extent of what this can do to everyone involved? Which is what we really tried to do.” 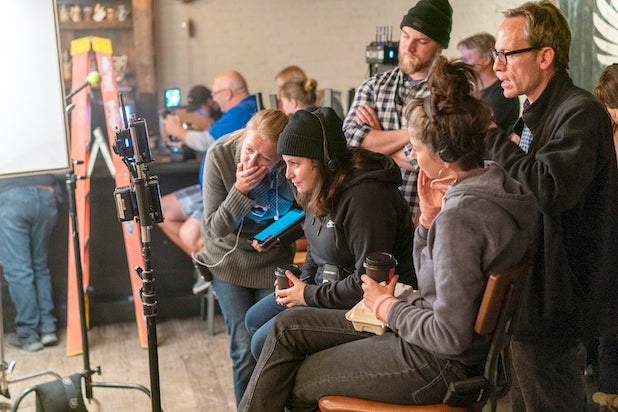 Fidel made her 2013 movie as a way “to understand [her] own experience with sexual assault,” which occurred not with a teacher, but with a friend.

“And so it was a way for me to get into, or try to understand, how someone in a position of trust– the lies that they tell themselves in the aftermath or in the years later,” she said. “So being able to continue that exploration of consent but really to sort of– I relate deeply to Eric’s character because of my own experience. But also, the violation of trust, which is so central to the show, is one that takes years to come to understand and also be able to sort of accept and realize what happened. And especially for male victims. Women are, hilariously, much more able to see themselves as victims.”

The first three episodes of “A Teacher” launch Tuesday on FX on Hulu, with new episodes rolling out weekly.