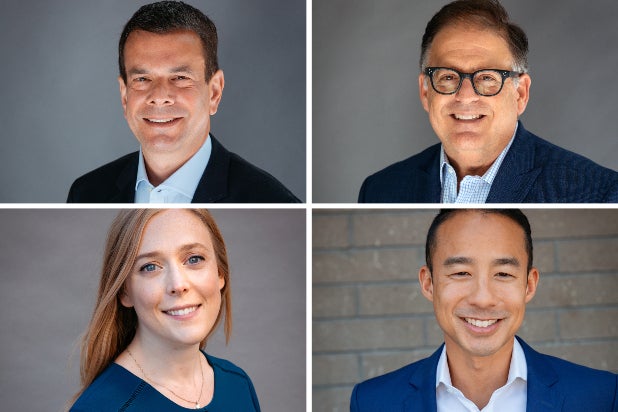 Additionally, Agents Katt Riley and Martin To are also joining A3.

Patman spent over two decades at Paradigm, where he sold “Desperate Housewives” to ABC. He has repped artists such as William Broyles, Marc Cherry, David Henry Hwang, Robert and Michelle King and Kenny Ortega.

Kanter spent 24 years at CAA before joining Paradigm. His credits include “The Bourne Identity” franchise, “Mr. and Mrs. Smith,” “Rescue Me” and “Suits.” Over the course of his 30-year career, Kanter has represented such artists as Malcolm D. Lee, Pete Segal, Joe Johnston, Walt Becker, Carl Franklin, and Amy Heckerling.

It’s an exciting time to be joining A3,” said Patman and Kanter in a joint statement to TheWrap. “Robert, Brian, and Adam are smart, innovative and share our belief that the industry is ready for a return to traditional, service-based representation that puts our artists’ creative dreams and careers ahead of the financial demands in today’s agency marketplace. Together, we will build a state-of-the-art literary team that will enable our clients to share their artistic visions with as wide of an audience as possible.”

Katt Riley spent the last year as a TV lit agent at Paradigm specializing in writers, directors and IP. Katt was previously an agent at The Kaplan Stahler Agency, and began her career as an assistant at The Rothman Brecher Agency.

Martin To began his career at UTA, where he started as an intern during law school. After UTA, he joined Paul Alan Smith at ESA as a manager/agent hybrid, and most recently worked at Paradigm. He reps TV writers and Amuse USA, a Japanese production company that curates and develops Japanese IP for the American market.