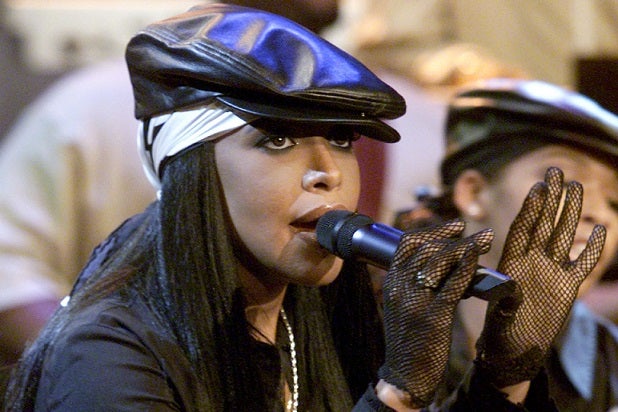 Nearly 15 years after her death, Aaliyah is still having an impact — even on the court system.

A clothing line featuring the “Age Ain’t Nothing But a Number” singer has sparked a copyright lawsuit filed by a photographer who claims that his photo of Aaliyah is being used without his permission.

In the suit, filed in federal court in New York on Wednesday, Eric Johnson — described in the lawsuit as “an esteemed award-winning photographer and artist” — says he shot a series of photos of Aaliyah in 2001, some of which “have come to define Aaliyah’s enduring image among the public and her devoted fans.”

Unfortunately, he claims, New York-based Rocksmith Group LLC unlawfully used one of his Aaliyah images for the purpose of “designing and manufacturing a number of apparel products emblazoned with a modified version of the Photograph at Issue as their design art.”

Johnson claims that Rocksmith deliberately used the image “with knowledge of its renown among the public and the devoted fans of Aaliyah, with the intention of attracting customers to the Infringing Products and ultimately securing increased sales and profits thereof that would not have been secured had another photograph been used for the design of the Infringing Products.”

To make matters worse, Johnson claims, he recently launched his own tee-shirt line using his photographs, and the Rocksmith products are “inferior” to his own and sold “at significantly lower price points” to “downstream” retailers.

Alleging direct, contributory and vicarious copyright infringement, the lawsuit seeks a permanent injunction barring the defendants from infringing on his work, plus unspecified damages.