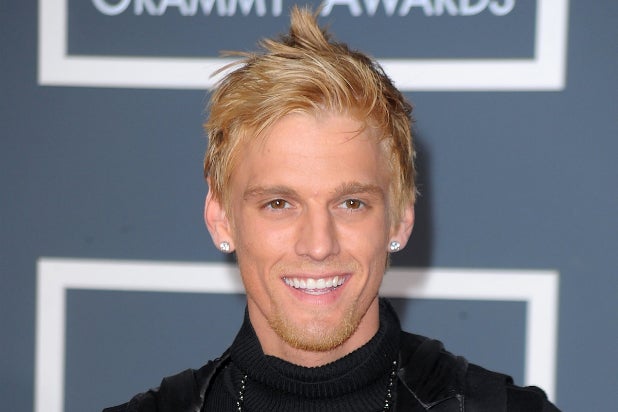 Pop singer Aaron Carter has filed for Chapter 7 bankruptcy protection claiming more than $2.2 million in debt – more than half of which is owed to the federal government in back income taxes.

“Aaron filed for Chapter 7 Bankruptcy protection to alleviate past issues in an effort to move forward with his life and career,” Carter’s rep Steve Honig said in a statement to TheWrap.

The Oct. 23 court filing obtained by TheWrap lists just $8,232 in assets for the 25-year-old Carter, younger brother of Backstreet Boy Nick Carter, That included cash in the bank, MacBook computers, a Louis Vuitton backpack, and a dog – which is priceless.

Besides the $1.4 million owed to the IRS for unpaid taxes in 2003 and 2006, the “I Want Candy” singer has a $31,000 unpaid American Express credit card bill and business debts to concert promoter Live Nation.

Honig said that the debts were incurred before the singer had control over his own assets; Carter’s breakthrough album, “Aaron’s Party (Come Get It)” was released in 2000, when he was just 12 years old.

“The overwhelming majority of the debt he is asking to be discharged is from more than 10 years ago when he was a minor and not in control of his finances,” the rep said.

Carter filed the claim in Florida last month. He is currently on tour, with a stop scheduled in Eugene, Ore., Thursday night.