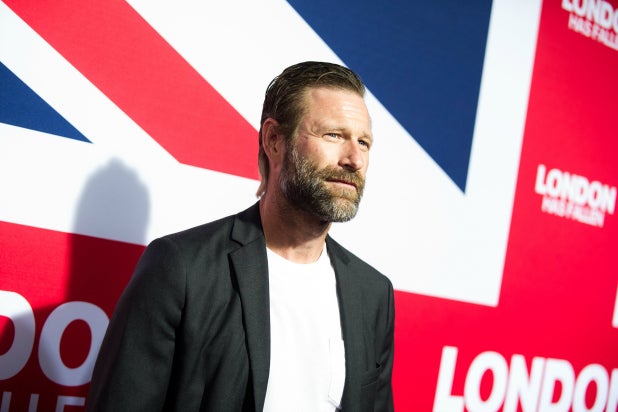 Saban Films announced on Thursday that it has picked up U.S. rights to Steven C. Miller’s “Line of Duty,” starring Aaron Eckhart.

“Line of Duty” follows a disgraced cop (Eckhart) who finds himself in a race against time to find a kidnap victim whose abductor he accidentally killed.

“This fast-paced thriller is action-packed and bound to captivate audiences and keep them on their toes,” Saban Films President Bill Bromiley said in a statement. “It’s a testament to Steven’s skills as a filmmaker and the cast, led by Aaron, give stunning performances.”

Jonathan Saba negotiated the deal for Saban Films along with Myles Nestel and Lisa Wilson (who also executive produced the film) on behalf of The Solution. The Solution represents worldwide rights, with Wilson selling the remaining international rights at this year’s Toronto International Film Festival.

“We are excited to continue our long-standing relationship with Saban as our US distributor on the title,” Nestel said in a statement. “Steven knocked the film out of the park and Aaron gives a tour-de-force performance as Frank Penny.”

“Line of Duty” marks the fourth in-house production in the last two years from The Solution Entertainment Group, which was founded in 2012 by Nestel, Wilson and Chapman. The film distribution, finance and sales company has also produced “Wheelman” starring Frank Grillo, “Killerman” starring Liam Hemsworth and is currently finishing up “Honest Thief” starring Liam Neeson.