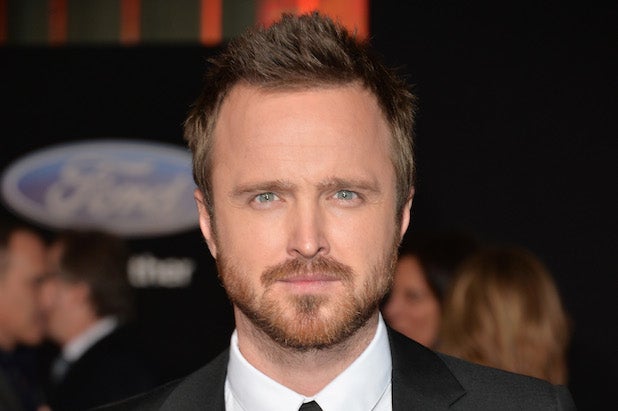 Oscar winner Helen Mirren and Emmy winner Aaron Paul are set to join Colin Firth in Gavin Hood‘s international thriller “Eye in the Sky,” it was announced Friday by Entertainment One and Raindog Films.

A contemporary international thriller set in the shadowy world of remotely piloted “drone” warfare, “Eye in the Sky” will find Mirren playing Col. Michelle Madden, a military intelligence officer in command of a top secret drone operation. Paul will star as an American drone pilot, while Firth will co-star as a British government official.

Firth and Ged Doherty are producing through their Raindog Films banner along with Xavier Marchand, who will oversee production for eOne in collaboration with Benedict Carver.

Written by Guy Hibbert, “Eye in the Sky” is a tense morality tale that follows London-based Madden (Mirren), who’s set to remotely command a top secret drone operation to capture a group of dangerous terrorists from their safe-house in Nairobi, Kenya. The carefully planned mission suddenly escalates from a “capture” to a “kill” operation when Madden realizes that the terrorists are about to embark on a deadly suicide mission, which would result in the catastrophic deaths of many innocent civilians.

Meanwhile, American drone pilot Steve Watts (Paul) is poised to destroy the safe-house when a nine-year-old girl enters the kill zone just outside the walls of the targeted house. With unforeseen collateral damage now entering the equation and with the volatility of the situation increasing with every second that passes, Madden must now pass the mission’s authority up the “kill chain” to politicians and lawyers, including British Foreign secretary James Willett, who must weigh both the legality and morality of action and inaction.

Active sales negotiations are already under way in Cannes, where eOne Films International is launching sales in the U.S. and in all territories outside of the UK, Canada, Benelux, Spain, and Australia/New Zealand, where eOne will directly distribute the film.

Production is expected to begin in South Africa on September 12, 2014.