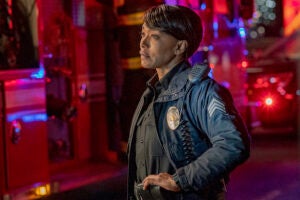 Aaron Rodgers could not beat Tom Brady in the NFC Championship game this year, but the latest “Jeopardy!” guest host just took down predecessor Dr. Oz.

Rodgers scored a 5.6 household rating, up 14% from last week. That led all of syndication.

In Dr. Mehmet Oz’s second week, “Jeopardy!” finished with a 5.2 household rating, which was the lowest for the Sony quiz series since the week ending Jan. 3. That was the week prior to longtime host Alex Trebek’s final episodes, when the game show hit season highs.

“Jeopardy!” pulled in a 6.6 rating across Trebek’s farewell week. Trebek’s final episode on Jan. 8 drew 14 million viewers, more than any episode in over a year.

Thus far, the highest-rated guest host has been Ken Jennings, who drew a 6.2 rating in his first week. In Week 2, he had a 5.9 rating. That all makes sense as Jennings, officially a consulting producer on the game he once dominated, was up first.

Jennings holds the “Jeopardy!” records for wins and cash prizes. He also won the show’s “Greatest of All Time” tournament.

Jennings was followed by executive producer Mike Richards, who was succeeded by Katie Couric. In Couric’s second week, “Jeopardy!” fell behind “Family Feud” to finish second for the first time since Trebek’s last episodes. The two weeks with “Dr. Oz” did nothing to lift the show out of second place — most viewers were not happy he got the gig at all — and he currently stands at the bottom of the ratings standings among the “Jeopardy!” guest hosts.

Also for the week ending April 11, “Live With Kelly and Ryan” and “Dr. Phil” led the talk shows with a 1.7 rating each, while “Judge Judy” was comfortably ahead of the courtroom shows with a 4.8 rating.