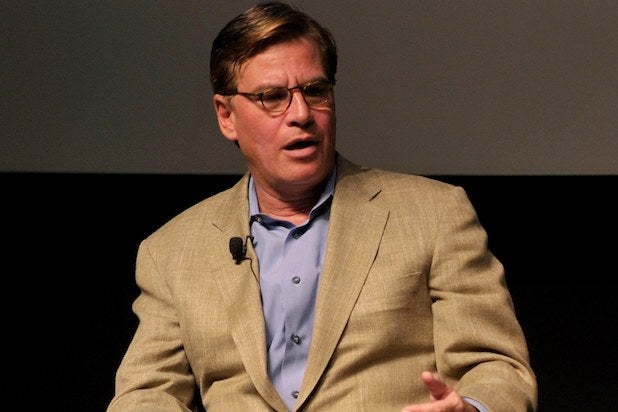 As Oscar buzz swirls around his original screenplay for “Steve Jobs,” writer Aaron Sorkin is preparing to make his directorial debut with “Molly’s Game,” which is set in the world of high-stakes poker, TheWrap has learned.

Sorkin signed on to adapt Molly Bloom‘s memoir in late 2014, when the book was first optioned by “Steve Jobs” producer Mark Gordon.

Sorkin had planned to make his directorial debut with “The Politician,” which examines the John Edwards scandal, though that project has stalled out of late. He’s now focused on “Molly’s Game,” which Gordon and Amy Pascal will produce for Sony, the studio where Sorkin won an Oscar for his “The Social Network” script.

Bloom was a world-class skier who, after failing to make the Olympics, took a year off before law school and accepted a job as a waitress in Los Angeles. She put her entrepreneurial skills to good use and eventually found her way into running high-stakes poker games for Hollywood’s elite for eight years before the FBI brought her down.

Bloom is a great role for a young, A-list actress, and many will are likely to chase the part. Given the script by Sorkin, expect the lucky performer to memorize plenty of delicious dialogue.

Sorkin, who recently received a WGA Awards nomination for “Steve Jobs,” is represented by WME.