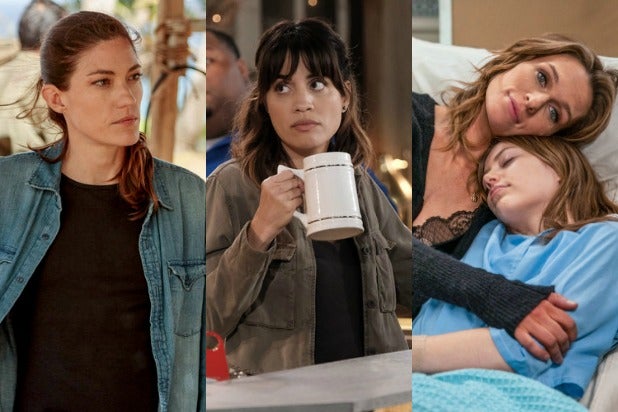 NBC has canceled freshman series “Abby’s,” “The Village,” and “The Enemy Within,” TheWrap has learned.

The trio of shows (two dramas and a comedy) all debuted at midseason and had been the only programs still sitting in limbo at the network, which made most renewal and cancellation decisions ahead of its upfront presentation to advertisers earlier this month — and canceled “A.P. Bio” last week.

Executive produced by Josh Malmuth and Mike Schur, the sitcom “Abby’s” centers on the titular unlicensed bar that Abby (Natalie Morales) runs in her backyard, which “is the perfect gathering place for locals to find camaraderie and sanctuary.”

“Abby’s” is averaging a 0.6 rating in the advertiser-coveted adults 18-49 demographic and 2.4 million total viewers, according to the “most current” data from Nielsen, which includes a week’s worth of delayed viewing where available.

“The Village” is set in a Brooklyn apartment building “that appears like any other from the outside but is quite unique inside,” where the residents “have built a bonded family of friends and neighbors.”

At the time of its cancellation, “The Village” was averaging a 1.0 rating in the key demo and 5.7 million overall eyeballs.

“The Enemy Within” is a “character-based psychological thriller” that tells the story of Erica Shepherd (Jennifer Carpenter), “a brilliant former CIA operative, now known as one of the most notorious traitors in recent American history serving life in a Supermax prison” and FBI Agent Will Keaton (Morris Chestnut), who must enlist Shepherd to help track down “a fiercely dangerous and elusive criminal she knows all too well.”

Both “The Village” and “The Enemy Within” aired their respective finales earlier this month.