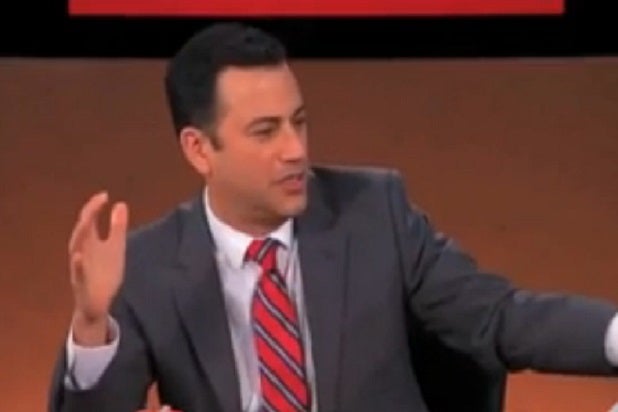 ABC has issued an apology for a “Jimmy Kimmel Live” skit, during which a child suggested that the entire population of China could be murdered to deal with America’s debt to that nation.

During the skit, which aired last week, Kimmel gathered with a group of children to discuss how the U.S.’s debt to China might be erased.

See video: Jimmy Kimmel Gets Kids to Resolve the Shutdown

“Kill everyone in China,” one child blurted out.

While other kids offered more reasonable methods of dealing with the debt — such as, “Put a huge wall so they can’t come to us” — the option of offing the Chinese was eventually circled back to.

“But if we don’t allow them to live, then they’ll try to kill us,” one tot warned.

“But then they will all be killed,” the child who originally suggested mass murder retorted.

ABC issued an apology for the skit, for the benefit of those it might have offended, or for those who might not be aware of the fact that “Jimmy Kimmel Live” is a comedy-oriented show.

“We offer our sincere apology,” the network said. “We would never purposefully broadcast anything to upset the Chinese community, Asian community, anyone of Chinese descent or any community at large. Our objective is to entertain.”

ABC added that the skit will be cut from subsequent re-airings.

“We took swift action to minimize the distribution of the skit by removing it from all public platforms available to us and editing it out of any future airings of the show. We hope our actions and our apology effectively address your concerns. Thank you for bringing this to our attention.”